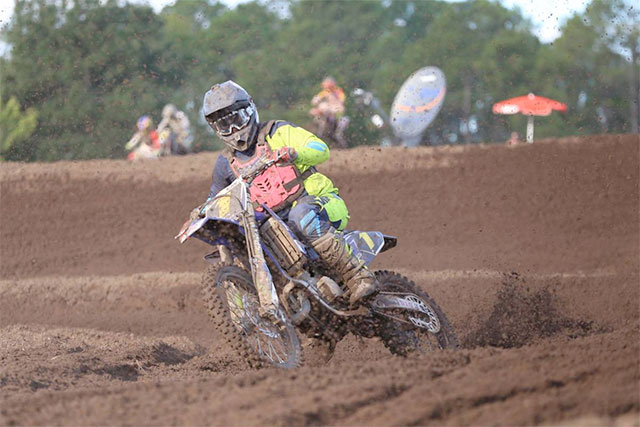 Junior racing at the Motul MX Nationals came to a close at Coolum today, with this year‰Ûªs champions crowned in the Yamaha Rising Star Rookies and Yamaha 85cc Cup classes after two final big races on the Sunshine Coast.

From the minute the Yamaha Rising Star Rookies hit the track at Coolum today, the competition was thick and fierce, setting the tone for a huge weekend of racing at Round 10 of the Motul MX Nationals.

In the opening practice and qualifying session, KTM‰Ûªs Caleb Grothues set the fastest lap time with a 1:47.024, but Husqvarna‰Ûªs Riley Dukes was less than a second behind him, securing second pick of the grid with a 1:47.065, followed by Liam Walsh (KTM) in third.

When race one kicked off this morning, KTM rider Rhys Budd secured the MXStore holeshot, however after only a few turns, Husqvarna‰Ûªs Dukes snatched up the lead position.

After one lap, the top four riders, Dukes, Budd, Grothues and Walsh began to separate themselves from the field, and with all riders within striking distance of each other, fans were treated to battles all over the track for top positions.

Unfortunately for Grothues, his charge to the front was cut short ‰ÛÒ the KTM rider going down spectacularly whilst fighting for second position, however the youngster managed to re-join the group at the rear of the pack.

As race one progressed, Dukes continued to maintain his lead over Budd, while Morgan Fogarty made his way up to an impressive third position, followed by Walsh, and Cody Dyce.

But when the chequered flag flew on race one this morning, Duke‰Ûªs consistent form saw him cross the finish line victorious, followed by Fogarty who made the pass on Budd to secure second, while Budd wrapped up race one in third. Yamaha‰Ûªs Dyce finished moto one in fourth position, followed by Malkiewicz in fifth.

Jy Roberts, Mason Semmens, Jake Williams, John Bova and Connor McNamara all wrapped up race one inside the top ten.

When the final race kicked off for the Yamaha Rising Star Rookies this afternoon, Fogarty wasted no time in getting to the race lead, while Grothues slotted in to second position ‰ÛÒ the KTM rider determined to redeem himself after this morning‰Ûªs mishap.

After only two laps Fogarty and Grothues had pulled a healthy gap on the field, and the attention then shifted to the battle for third with Michael Driscoll and Dukes going head to head. But by the time riders headed in to lap three, Dukes had edged out his competitor, with Driscoll dropping back to sixth position.

As moto two reached it‰Ûªs closing stages, despite every effort from his competitors, no one could get close to Fogarty‰Ûªs commanding lead, and when the chequered flag flew on the final race of the day, it was Fogarty‰Ûªs KTM machine which crossed the line victorious. Grothues wrapped up the final race in second, followed by Dukes in third. Yamaha‰Ûªs Dyce, and Budd concluded the Rising Star Rookies‰Ûª final outing in fourth and fifth places respectively.

When the results from both motos today were combined, Fogarty‰Ûªs 2,1 race finishes saw the KTM rider rewarded with the top step of the podium, second place today was secured by Dukes, while consistency was the key for Dyce who collect third overall at Coolum.

The celebration for Dyce did not stop there though, after his dominant form throughout the season, Dyce also took out the Yamaha Rising Star Rookies Championship at Coolum. Fogarty wrapped up the season in second, while Western Australian Grothues finished in third. 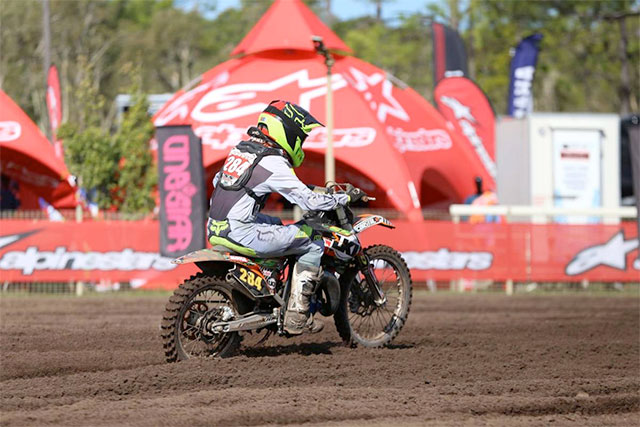 Yamaha 85cc Cup champion John Bova
The Yamaha 85cc Cup class were the first bikes to hit the sandy Coolum track this morning for their practice and qualifying sessions, and it was KTM‰Ûªs Tyler Darby who set the pace for the day with the fastest lap time ‰ÛÒ a 1:51.382. John Bova (KTM) secured second pick of the grid, followed by local Noah Ferguson.

When race one kicked off for the junior competitors, it was the Kawasaki machine of Ferguson who secured the first MXStore holeshot of the weekend, followed by Husqvarna‰Ûªs Bailey Malkiewicz in second.

After less than one lap though, Malkiewicz began to apply the pressure for the lead, while behind him, second fastest qualifier Bova was in third.

With 15 minutes on the clock for the Yamaha 85cc Cup competitors in moto one, Ferguson capitalised on his impressive start and stretched out his lead, while a mistake from Malkiewicz allowed Darby to move up to second place, followed by Bova who held down third position.

And when the chequered flag flew on race one, positions remained unchanged - Coolum local Ferguson crossing the finish line victorious, followed by Darby in second, while Bova wrapped up race one in third. Husqvarna mounted Ryan Gaylor, and Joshua Zorbas concluded the opening moto in fourth and fifth places respectively.

In the second race for the Yamaha 85cc Cup class, both Malkiewicz and Darby were neck and neck heading in to the first turn, but it was Darby who edged out the Husqvarna rider to take the early race lead.

However, after two laps, positions behind Darby changed, with Ferguson making his way up to second position followed by Bova in third, while Malkiewicz dropped back to fourth position. But unfortunately for Ferguson his charge to the front was cut short after dropping his Kawasaki machine in a turn, slipping back to fourth place.

As race two progressed, Darby continued to lead from Bova and Ferguson who had made his way back to third. Husqvarna‰Ûªs Gaylor maintained fourth followed by Adam Smerdon in fifth.

And when the chequered flag flew for the final time for the Yamaha 85cc Cup class today, it was Darby who crossed the line with the final race win, followed by Bova who put in a fantastic effort in moto two to finish in second, while Ferguson persevered to wrap up the final race in third. Gaylor, and Suzuki‰Ûªs Jai Walker crossed the finish line in fourth and fifth places respectively.

With 2,1 finishes today, it was Darby who concluded the final round for Yamaha 85cc Cup class on the top step of the podium, while Ferguson‰Ûªs consistency saw him awarded with second at Coolum. Third spot on the podium was taken by KTM‰Ûªs John Bova, who also secured the Yamaha 85cc Cup Championship today after three rounds of racing. Second and third places in the overall championship were awarded to Darby and Malkiewicz respectively.