Yamaha Riders Ready to Reveal Their Talent to The USA 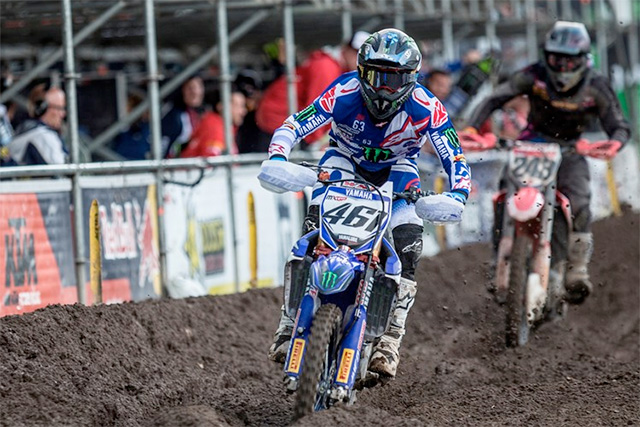 Flight cases have been packed up and sent to the USA where Monster Energy Yamaha Factory Racing's Romain Febvre and Jeremy Van Horebeek will descend on the torturous heat and humidity of Jacksonville, Florida, for the seventeenth round of the nineteen round FIM Motocross World Championship this weekend.

Romain Febvre has been gradually improving as the MXGP season has progressed. The former world-champ and the hard-working crew at Monster Energy Yamaha Factory Racing have been working hard to find an award-winning setup on his YZ450FM, the type that enables him to get off the 'new' mesh start-line quickly while still producing the type of power delivery he likes during the race.

Finally, the puzzle seems to be coming together for the Frenchman and he proved that with an emphatic race win in the final race at the MXGP of Sweden less than two weeks ago. His race win was the first in 14months, and it landed him on the podium for the first time since the MXGP of Switzerland 2016 - 1 year ago.

"I am really excited to go to the USA," Febvre enthused, "I think it will be a nice track, the only challenge will be the weather. I expect it to be hot and really humid so the conditions will be challenging, but I am still looking forward to racing, and I am confident it will be a good weekend." 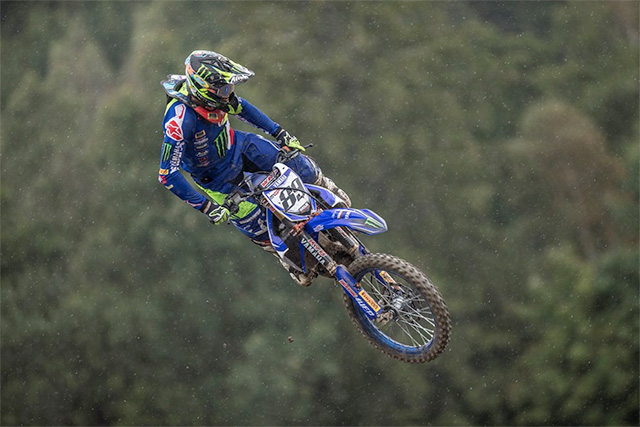 Jeremy Van Horebeek
At the most recent round of MXGP - in Sweden - Jeremy Van Horebeek's final comment of the day was that he is looking forward to finishing the season strong and that there are plenty of opportunities left to make a return to the podium.

In 2016, he landed in the USA and rolled up to the Charlotte Motor Speedway with some new-found speed and aggression. He was one of the fastest riders all weekend long and managed to land on the box for the second time in that season. The Belgian ace is hoping to bring that sort of intensity to the Monster Energy MXGP of The USA this weekend, at the unfamiliar track and venue in Jacksonville.

"I have been training in Lommel," Van Horebeek said. "It was good because we have Assen coming up, so it's good to ride in the sand. I don't think it will be extremely hot, I think only around 30 degrees Celsius, so I think we have been riding in worse heat already this year. It's always tough when it's hot, but I think it's manageable. I haven't seen the track, I don't even know what kind of dirt it is, whether it is hard-pack or sand, I have no clue. It doesn't matter, we have to ride it anyway. So I am looking forward to going there, it's somewhere new and it should be good."

One of the most exciting ventures for Yamaha has been redesigning the all-new 2018 YZ450F - and this weekend, Monster Energy Yamaha Factory Racing USA's Cooper Webb will be making his debut on the cutting-edge machine, while Wilvo Yamaha Official MXGP's Shaun Simpson will be lining up for his second Grand Prix on the new piece of kit.

The 2016 AMA Lites Champion Cooper Webb - who won the MX2 Grand Prix of America's in Charlotte last year after a gripping battle with Jeffrey Herlings - has just completed his rookie season in the premier AMA 450cc National Championship. He finished seventh overall.

Wilvo Yamaha Official MXGP's Arnaud Tonus will miss this round of the FIM Motocross World Championship as he is still experiencing an immense amount of pain from the broken rib he suffered at his home Grand Prix in Switzerland three-weeks ago.