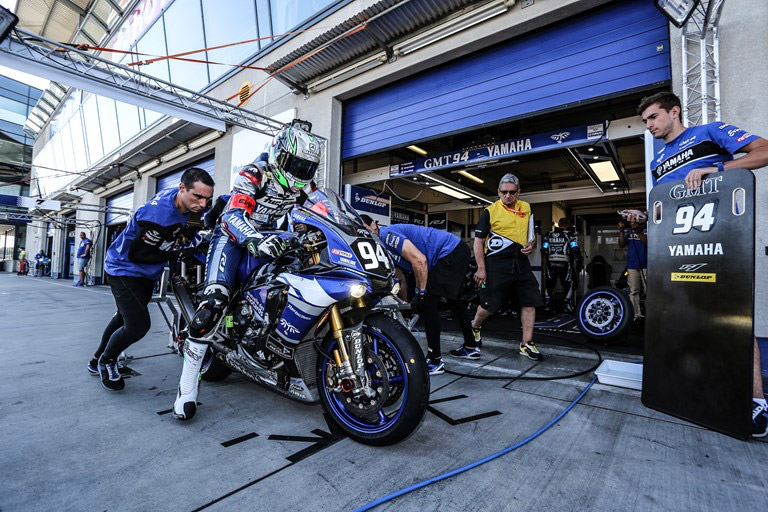 With the 2016 season decided at the round in Oschersleben three weeks ago, Yamaha is ready to hit the ground running at the first round of the 2016/2017 FIM Endurance World Championship season this weekend, the 80th edition of the iconic Bol d'Or 24 Hour race on Sept 17th -18th.

After a stunning victory at the 8 Hour of Oschersleben three weeks ago, GMT94 have their eyes fixed on the 2016/2017 EWC trophy and the 24H chequered flag. David Checa, NiccolÌ_ Canepa, and freshly crowned Riders FIM EWC Champion, Lucas Mahias, hope to duplicate their amazing achievement at the Bol d'Or race, which has 60 points up for grabs, making it vital for the championship outcome. The French team is looking forward to greet the fans at their home race and hope to again let their experience shine through.

"We feel ready." Christophe Guyot - GMT94 Yamaha Official EWC Team, Team Manager commented. "The bike is really good and on top of that our riders are in great shape.

"We've made many changes to prepare for the new season and it has resulted in a good pace. The bike is ready, so we are looking forward to starting the new season.

"In endurance it's very difficult to achieve a win. Of course we will try our best to win the race, which is our target. At Bol d'Or you can get a big number of points so that's our aim."

YART is also eager to continue their blistering pace from Oschersleben during 24 hours of non-stop racing and are determined to return to the podium. The Austrian team has previously ridden at the Circuit Paul Ricard, and were always positioned as key protagonists, although they have yet to stand on the top step of the podium at Bol d'Or. Regular YART riders Broc Parkes and Sheridan Morais will welcome four-time AMA Superbike title winner and Yamaha-rider Josh Hayes to the fold, who flew straight in from the last MotoAmerica round in New Jersey last weekend and knows the YZF-R1 like no other.

Bol d'Or was first organised in 1922. At the time the race included motorcycles and automobiles, but later was held solely for motorcycles. The race used to be staged at Le Mans in the seventies, but later moved to the Circuit Paul Ricard for twentyplus years and Magny-Cours from 2000, only to be moved back to the Circuit Paul Ricard in 2015. The 5,861 km circuit was created by Paul Ricard in 1970 and has hosted 23 Bol d'Or races. The upcoming edition will again be buzzing with fans as endurance is a popular category of racing in France, giving the weekend an incredible atmosphere.