Wilson Todd not phased with uncharacteristic result at Maitland 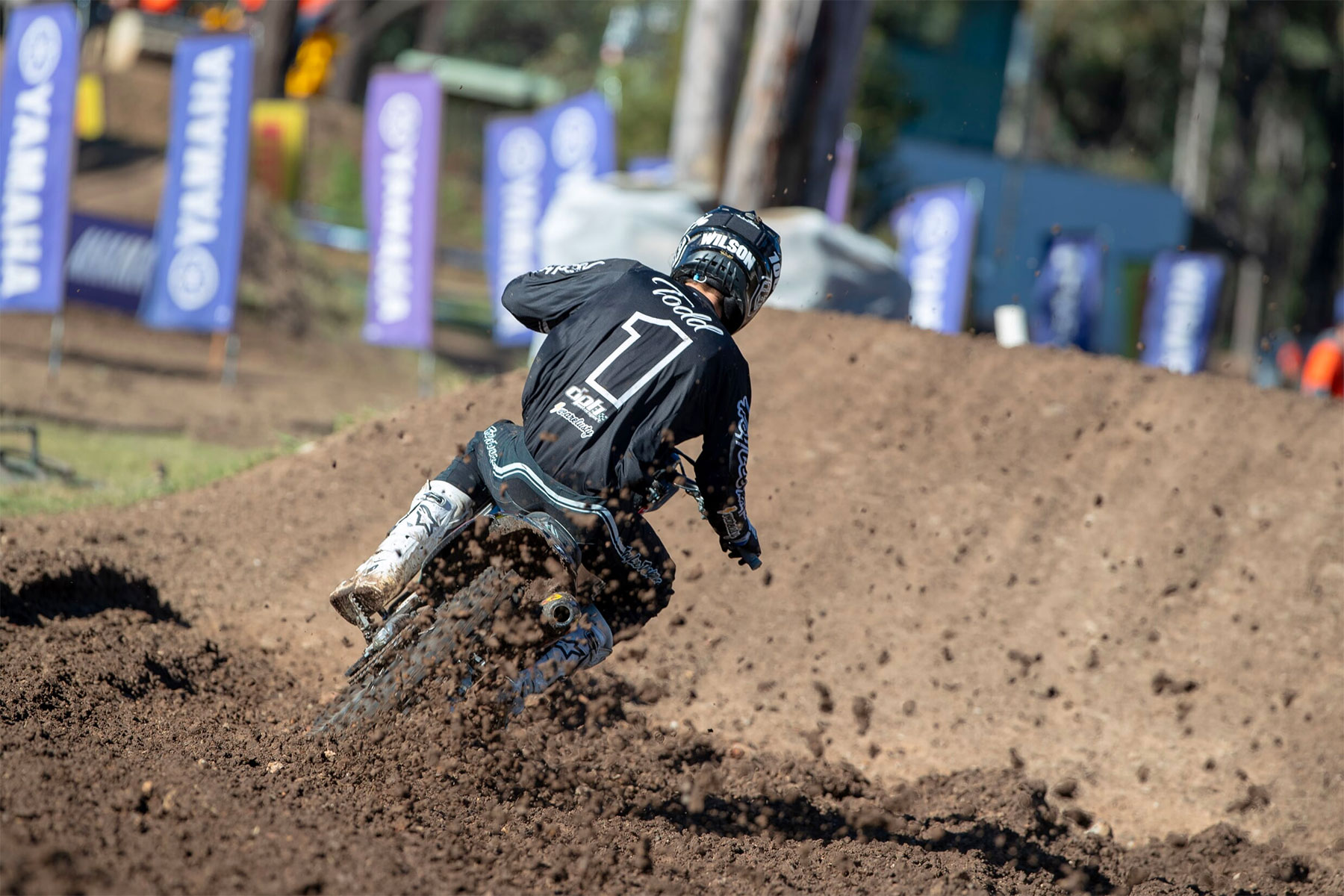 Pirelli MX Nationals MX2 championship leader Wilson Todd still expects to win despite an uncharacteristic weekend at round seven of the championship saw him fail to podium.

Todd showed he was up to speed early in the day when he qualified fastest, almost a second ahead of Aaron Tanti. From there he was in with the front runners in moto one before dropping back to fourth. Moto two saw a few small mistakes putting the challenge to the Victorian as he fought back through the field to claim sixth, with an overall result of fifth overall.

"Even though I was over a second faster than everyone in qualifying, I just didn't feel comfortable today in the races. I had a strong position in the first race, and a crash in the second while leading, so it just didn't come together. I finished fourth and sixth, so it's far from a disaster and I still keep the lead in the championship, but I expect to win. This gives me some motivation though to put in the work before next round."

Todd still leads the championship by 10 points over Kyle Webster with three rounds left in the series.

With the eighth round of the MX Nationals set to be held in Moree on July 28, followed quickly by the final doubleheader round in Coolum on August 3 and 4, Todd will take the two weeks to prepare to finish out the season as strong as possible.