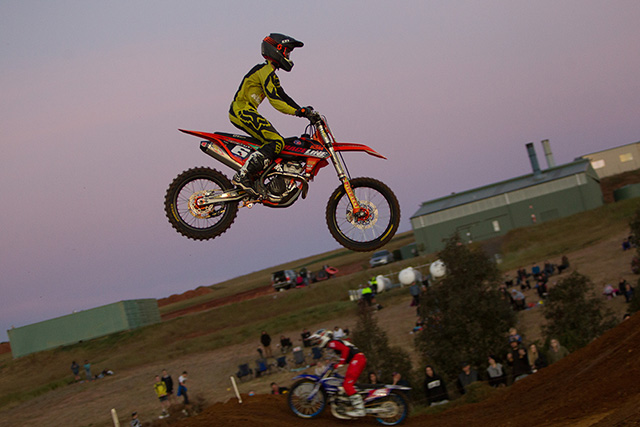 Raceline Pirelli KTM‰Ûªs SX2 pilots Jay Wilson and Morgan Fogarty charged to impressive finishes over the weekend, with Round 2 of the 2017 Australian Supercross Championship taking place in the presence of a packed crowd in Bacchus Marsh.

With Fogarty returning from injury for his Supercross debut, and Wilson looking to gain valuable points to aid in his hunt for an SX2 Championship, the pair headed in to the weekend with a lot riding on their performances.

For Wilson, despite Round 2 getting to a shaky start, the experienced Queenslander put it all together when it mattered. With the 23-year-old battling illness in Victoria, Wilson did well to qualify in 13th position, then when racing got underway a first turn crash in the heat race saw him finish in sixth. But it was the main event that Wilson shone, charging from outside the top ten to an impressive fifth place. Wilson continues to maintain fourth in the SX2 Championship standings, only 13 points shy of the lead.

‰ÛÏToday could have turned out very differently, so to finish in fifth in the main event and with solid points, we‰Ûªre happy,‰Û 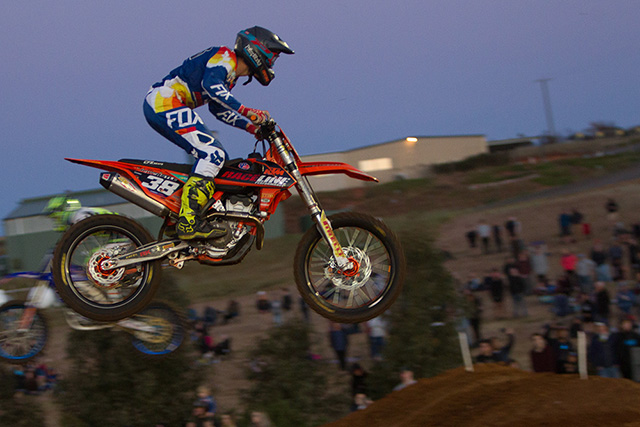 Morgan Fogarty was back from inkury. Credit: Garry Morrow
Morgan Fogarty, who stepped up to the SX2 class for this year‰Ûªs championship was nothing short of impressive in his first appearance for the team. After qualifying in 21st, Fogarty finished in ninth in his heat race, forcing the youngster into the LCQ. But once again the Victorian exceeded all expectations, racing to fourth and qualifying for the night show. In the main event, Fogarty stormed to 12th, finishing just shy of the top ten in his first ever SX2 final.

‰ÛÏMy night was surprisingly good. I am happy with how it ended, I‰Ûªm in one piece and I achieved what I set out to,‰Û