Wayne Maxwell looking to be competitive at Sydney Motorsport Park 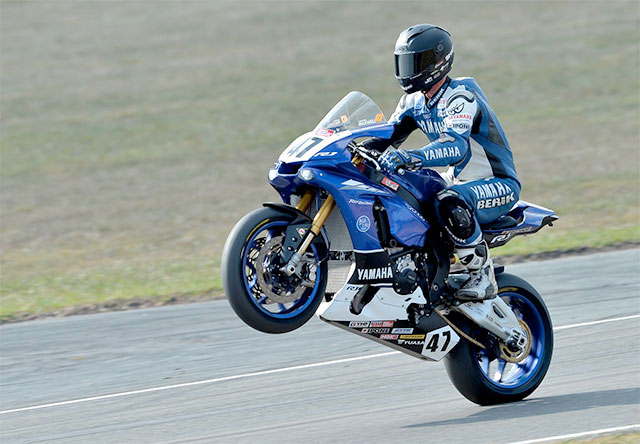 Maxwell showed good speed at the previous round at Wakefield Park Raceway but a crash cost the Victorian any chance of a podium.

"At round two we had good speed all weekend, we were always in the top three in each of the sessions, I just probably wasn‰Ûªt aggressive enough at the start of race one and as a result I got swamped and had to make my way forward," Maxwell explained.

"Then I saw my teammate Glenn (Allerton) fall off and I thought ‰Û÷there‰Ûªs not many laps to go‰Ûª, and next thing I knew I was on the ground myself in the exact same part of the track. It was an area that we knew was possibly going to be a problem, and it caught us both out but that‰Ûªs just racing and it‰Ûªs the way it goes sometimes. We‰Ûªre on two wheels and sometimes the bikes fall over. We have learned a lot though and we‰Ûªre in a better position now."

With round three looming this weekend Maxwell feels that at the half way point of the season and with some more testing under his belt he is still in a good position and is excited to hit the tarmac again this weekend.

"We had a test at Sydney Motorsport Park a few weeks ago, and we really worked hard when we were there and I think we‰Ûªre in a good position," Maxwell said.

"Sydney is a very different track to Wakefield Park and the Yamaha does work well around Sydney. If we stay on top of things and the weather is good, then I think we can come out and be competitive.

"It‰Ûªs still only round three and by Sunday we will be at the halfway point in the championship. So much has already happened in the first three rounds and so much can change between now and the finale at Winton in October. We are feeling good, and we‰Ûªre all exciting to get back into it," he concluded.

Round 3 of the 2016 Yamaha Motor Finance Australian Superbike Championship presented by Motul Pirelli, will be held this weekend April 16-17 at Sydney Motorsport Park.