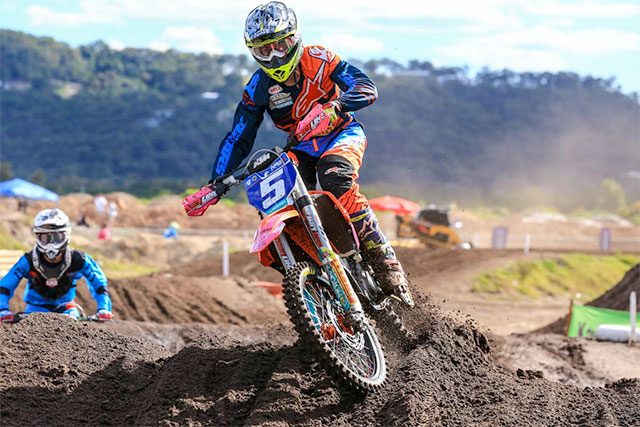 Raceline Pirelli KTM have wrapped up the 2016 MX Nationals season in the best way possible on Sunday, with Pirelli MXD rider Wade Kirkland securing the final round win, while MX2 pilot Dylan Wills wrapped up his final outing just outside the top ten.

With Kirkland hoping to finish on the Championship podium, and Wills aiming to maintain 6th in his respective championship, Coolum was an important round for Raceline Pirelli KTM and both riders.

For Kirkland, round ten of the MX Nationals was close to perfect. After qualifying in 4th place on Saturday, the Tasmanian rider raced to 4th in race one, before finishing moto two with the final race victory of the year, seeing Kirkland awarded with the top spot on the Round 10 podium. Unfortunately, despite Kirkland‰Ûªs impressive results at Coolum, the KTM rider finished just a single point shy of 3rd in the MXD Championship, wrapping up his rookie year in 4th overall.

‰ÛÏI‰Ûªm wrapped to finish at Coolum on the podium and finish out the season on a high,‰Û