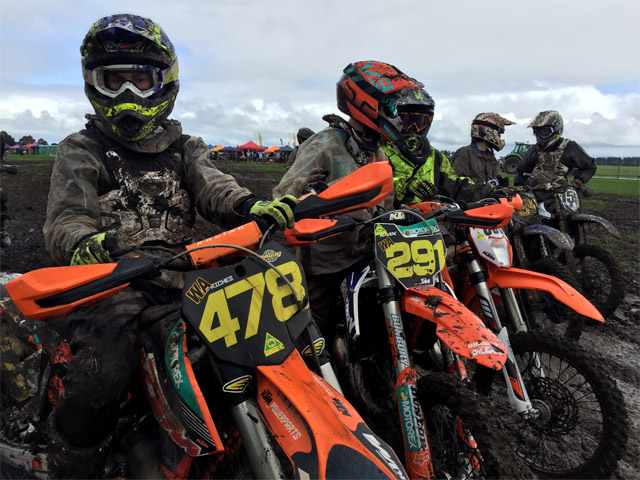 Western Australian riders made the gruelling 35-hour trek across the Nullarbor this past weekend to compete in Rounds 11 &12 of the 2016 Yamaha Australian Off-Road Championship, as a development initiative by Enduro enthusiast and WA local Winton Lawton.

The first thought of this initiative was derived from the passion of his younger son who recently moved over east to compete in the full AORC series. Lawton realised that there was a need to get WA competitors to the eastern states to compete.

With almost 200 competitors at Western Australian Enduro state titles, there was more than enough interest to start the development initiative for juniors, which saw 10 junior competitors work hard to fund a trip to the grand finale rounds of the AORC last weekend.

Lawton who initiated the exercise explained that although they might not be the winning competitors in the WA state rounds, they come over to Victoria to help improve their skills and learn off Australia‰Ûªs and even the world‰Ûªs best Enduro riders.

‰ÛÏThe WA state series started almost 15 years ago. We didn‰Ûªt have any competitions for Juniors in the Enduro scene in Western Australia, so I started a series and it has just grown from 10-20 kids to 180 ‰ÛÒ 200 kids,‰Û