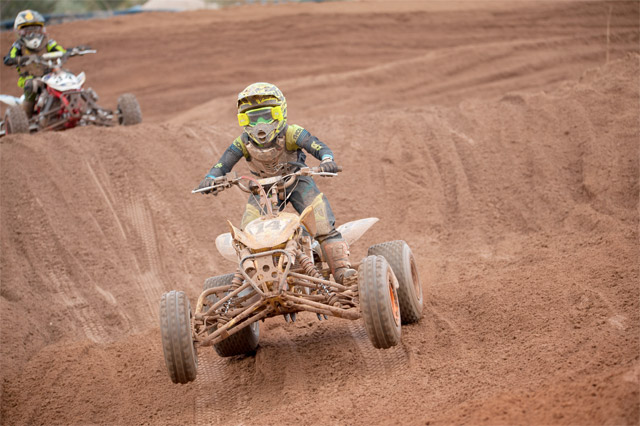 West Australina Junior riders are primed for the 6th round of their 2016 MX Championships when they head to Hendley Park, Byford for the super huge double block buster final round of the Make Smoking History WAMX State Championships.

It is definitely down to the business end of the season, this final round over Saturday the 17th and Sunday the 18th of September will see champions crowned in ultimate state championship victory.

The Championship series has never been so close and tightly fought, with point up for grabs to decide this year‰Ûªs title holders. Some may be in the bag, yet with three races remaining in all classes, it is never over until the final flag fall.

Significant track layout and surface changes have been underway at Hendley Park Byford, giving the hard packed track a more eastern states feel, it is without doubt going to sort many riders out and make this epic final round an absolute hard fought race round.

Nichole McDonnell may have the series lead in the Quads Limited 7-11Years, however the hard charging Brooke Hollins took a clean sweep of the previous round and is sitting in third in the standings from Kiera-Lily Buckley. With many of these quad riders ready to tackle the technical and all new Byford layout, the Limited Quads will be out to impress.

Series leader Josh McQuade will be keen to cement his championship hopes in the Quads Competition 8-12 Years class. Yet will need to keep out the inform Keenan Murphy and Azmin Pearse. The top three are within a chance for the title and Deegan Lough will be out to recapture his early round success with Amira Schmid, Harrison Hayes, Zara Porter, Josh Squires and Brooke Hollins all champing at the bit for some solid results.

Quads Blasters 12-16 Years Series leader Jaae Dowsett will be hard to hold back, Jacob Bosustow and Caelan Campione will need to get their starts on point if they are to make a charge for the title. Andrew Soltoggio and Flynn Burton hold down fourth and fifth in the season standings.

He has been the standout and series leader Kayden Minear holds a very comfortable 51 point lead heading into this final round of the 50cc Auto class. Patrick Butler, Jake Rumens and Seth Shackleton loom as the big three capable of snaring a victory, with Ricky Skalecki, Jack Bakker, Connor Wiese ,Tyson Silvestro, Sonny Pellicano and Jai Love all showing some very strong results across the previous rounds, holding them in good stead into this last round at Hendley Park. 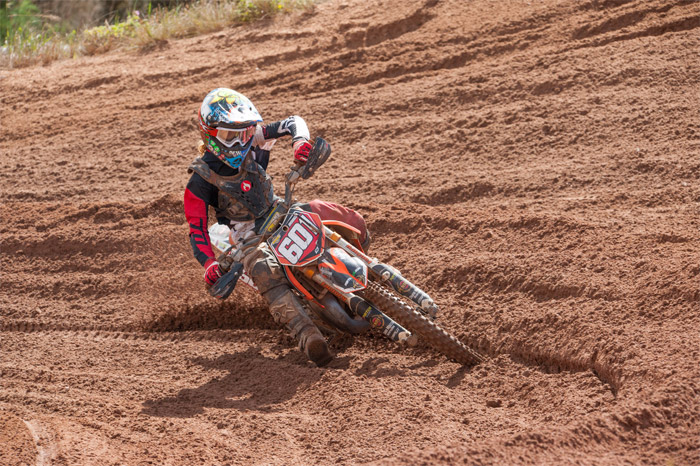 The benchmark continues in the 65‰Ûªs 7-10 Years for Kayden Minear, the series leader heading into the final round by a mere 18 points from the hard charging Seth Clark, Tate Paganini, Deacon Paice and Seth Shackleton. The top five have all been brilliant this season, recording mighty results in a star studded field. You can bet that this class will go down to the final moto for ultimate victory and a champion crowned. The depth of upcoming talent is huge, Patrick Butler, Taj Moore, Sonny Pellicano, Dylan Dixon and Nate Graham just to name a few to keep a watchful eye on.

The rumble in the jungle will conclude in the outstanding race battle between series leader Liam Atkinson and second placed Myles Gilmore in the 65cc 10-12 Years class. 3 points split them, and has been the order of the series with a scattering of points splitting both of these determined riders. Behind them it has been a supporting act between Brock Flynn, Tylar Soloman, Harrison Tapper, Jake Turner, Seann Arrowsmith, Isaac Atkins, Finley Maton and Jye Tomerini. This three race showdown will be sensational at Byford.

Racing a double class has ensured that both the 65cc and 85cc spectators have been the victors with close, tight fierce rivalry and a 9 point split in the 85/150cc 9-12 Years title chase between series leader Myles Gilmore and Liam Atkinson. They have been the standout and the story of the year. The battle behind these two for third in the standings will be fought out between Brock Flynn, Kaj Radcliffe and Jake Turner, yet all eyes will be on the dynamic duo of Gilmore and Atkinson.

With the top contenders for the championship Brady Gilmore and Corben Weinert both going down with injury within the space of two weeks, the new series leader in the 85/150cc 12-16 Years class has three races remaining to seal the win. The comeback kid Conan Forrester now holds a 26 point lead from the high flying and hard charging Rhys Burnett. Throw into the mix Christian Silvestro Tyler Mitchell, Sam Stephen, Revonn Nieuwoudt, Kallum Jackman and Liam Darbyshire and this class will be an absolute hot mix of talent ready to shake up the hard packed surfaces at Byford. 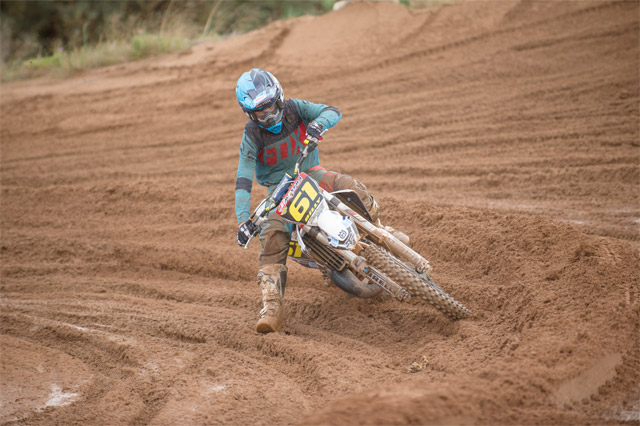 He has one hand on the title, but make no mistake he won‰Ûªt be taking it easy, with a 54 point lead Regan Duffy will be out to secure every possible race win in the 100cc-125cc 13-15 Years. With Corben Weinert and Brady Gilmore absent through injury, the quiet achiever, Jacob Daniels moved into second in the series behind Duffy. Evan Browne, Christian Silvestro, Revonn Nieuwoudt and Tahlia O‰ÛªHare will be the threats to keep everyone on their A Game, with starts critical at Byford.

With a second place at the previous round, this moved Mitch Outram into the series lead by 16 points from second placed Billy Middleton who took the round win in the 100cc-125cc 15 Years. It will be another exciting three moto dash for maximum points with riders vying for the points including Kurt Oinn, Austin Ridley and Sam Baxter.

In the 128cc-150cc/250cc 13-16 Years class, 50 points split series leader Billy Middleton from round 5 podium winner Regan Duffy. Kurt Oinn holds third in the standing yet Mitchell Outram and Kai Stephen were in top form and carry momentum heading into this last round, before heading to South Australia and the Australian Junior MX Championships. Riders with an opportunity to secure a final round points chase down include Nick Williamson, Tahlia O‰ÛªHare, Nathan Rodgers, Liam Ford and Joe Di Guilio.

Whilst various classes look to be locked up and decided, it is never over until the final flag fall. Round 6 is a massive double header of juniors and seniors on September 17th and 18th, the Lightweight Motorcycle Club will be the destination for Western Australia‰Ûªs top motocross riders all vying for championship glory.