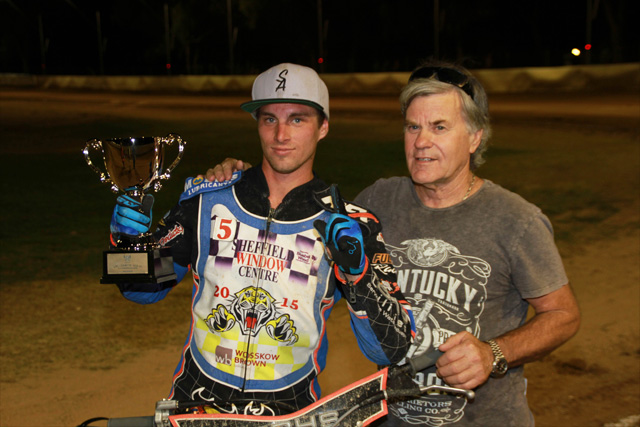 The 28-year-old from Longwarry beat the likes of Max Fricke and Jack Fallon to the A Final where he won. Mildura‰Ûªs Brodie Waters finished in second-place and Jordan Stewart finished in third-place and as track temperatures soared to well-over 30 degrees at Olympic Park.

Ty was overjoyed at winning his third Victorian title, after winning his first in 2010 and second in 2011.

‰ÛÏIt was a good night. There was a lot of pressure on my shoulders in trying to win a visa for the UK meaning that I had to come home and make the A Final and finish in the top four,‰Û