Troy Bayliss To Lead The Way For New ASBK Championship 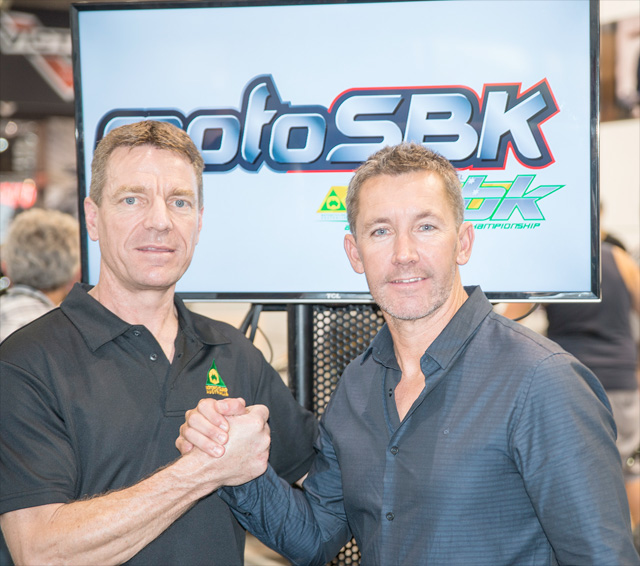 The future of the Australian Superbike Championship is now more secure than ever, after Motorcycling Australia (MA) announced a new partnership with Troy Bayliss Events (TBE).

MA will again run the series independently with selected member clubs in 2016 with six rounds to be held across four states ‰ÛÒ including Wakefield Park and Sydney Motorsport Park and Winton being reintroduced onto the calendar.

In a multi-year joint venture between MA and TBE, the new motoSBK (the official Australian Superbike Championship) will then move to a summer-based calendar, commencing in October 2016 and concluding in April 2017 ‰ÛÒ for a three-year period.

Speaking about the announcement, MA Board Member Peter Goddard said it was an exciting time for Road Racing in Australia.

‰ÛÏTo be able to lock away the next four years of the championship and partner up with Troy Bayliss Events highlights how far MA has come with the series in the past 12 months,‰Û