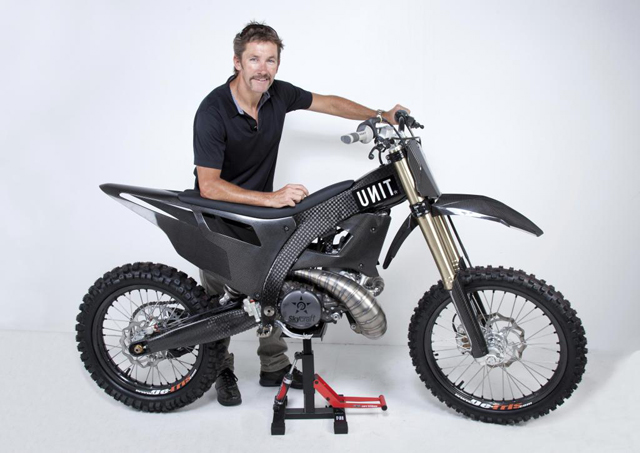 Using the same dedication, work ethic and passion for motorcycling that helped him claim three World Superbike Titles, Troy Bayliss is about to launch into a new era of motorcycle expos that is set to rewrite the script for how the "traditional" exhibitions are run.

Motorcycle Exhibitions are the pinnacle for the Motorcycle Industry to showcase the latest in Motorcycle technology available on the market while also unearthing the future concept and prototypes.

Each year two major exhibitions are conducted within Australia, over the past month Perth and Sydney hosted the 2013 events, in 2014 all eyes are on MOTO EXPO Brisbane 21-23 March, Brisbane RNA Showground's & MOTO EXPO Melbourne 28-30 November at Melbourne Showgrounds.

The all-new venues for MOTO EXPO both have undergone major renovations in past years and now offer world-class exhibition buildings to the standard that compliment the quality exhibition the motorcycle industry demands.

For MOTO EXPO's its what's beyond the walls of the exhibition halls that will give everyone a full, lifestyle-motorcycle experience, with large outdoor interactive displays, plus two separate live entertainment zones with everything from Freestyle Motocross and Trials to Mini Moto, Supermoto and Australia's top stunt riders, plus test rides for young and old, side-by-side demos, hotlaps and so much more.

Junior come and try area's will be set up for the future motorcycle enthusiasts while a range of the big bikes will be available to test for the adults.

Being privy to exotic motorcycle componentry is something Troy has been lucky enough to experience throughout his racing career, but now he wants to bring a range of concept and prototypes to the Brisbane public and is pleased to announce Australian, Unit Colthing's ground-breaking and world-first Freestyle MX specific bike, the Skycraft will be on hand.

Engineered and developed in conjunction with V8 supercar giants, Triple Eight Racing, the Skycraft is like no other motorcycle to grace this planet. Built on an exotic mix of carbon fibre, titanium and other hand-made specialties, the bike tips the scales at an incredible 75kg, making it the lightest full-size dirt-bike in the world.

Already a number of bikes have been confirmed by Major manufacturers to be seen for the very first time in Australia during MOTO EXPO Brisbane.

The other big news for Brisbane is the announcement of the inaugural Baylisstic Scramble Team Challenge to be held in the 20,000-seat RNA main arena on Saturday night. Five teams of four riders will compete for points to determine the team's champion. Four of the team's captains have already been announced including Jason Crump, Chris Vermeulan, Stephen Gall and host Troy Bayliss. General entry to the Expo also includes a seat at the Scramble and makes the Brisbane expo a true motorcycle spectacular.

MOTO EXPO Melbourne kicks off later in the year on November 28-30 2014 and goes back to the exemplary Melbourne showgrounds. With the major attractions still to be announced, Troy Bayliss Events assures they will be of an iconic nature, plus the show will feature the stellar actions zones, test rides and display areas that the Brisbane has set the bar with.

Of course, for all Troy Bayliss Events MOTO EXPO's, motorcycle parking will be completely free of charge and we encourage patrons to bring their two-wheeled machine along for the ride.