Toowoomba awarded 2016 Motul MX Nationals – Round of the Year 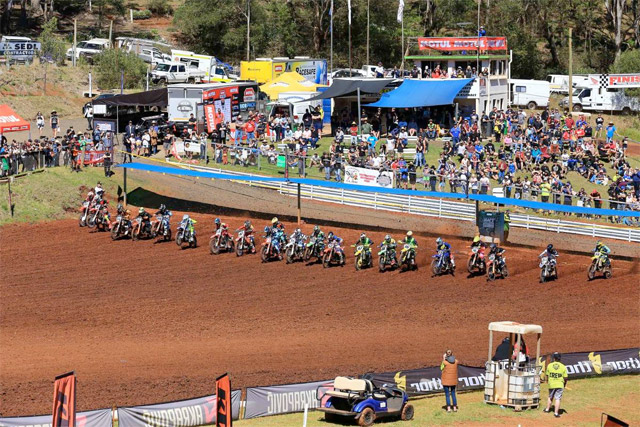 Each year, the Motul MX Nationals awards ‰Û÷Round of the Year‰Ûª to one of the ten host venues who play a part in the success of the series, and this year a deserving Queensland track has taken the award after their incredible event less than one month ago.

Toowoomba has today been named as the 2016 Motul MX Nationals Round of the Year, following the ninth instalment of the championship which was held at the venue on Sunday August 21st this year.

Motul MX Nationals Series Promoter Kevin Williams today explained how Toowoomba was chosen, and congratulated the club members on their efforts in ensuring Round 9 of the series was a great success.

‰ÛÏEvery year once the championship has wrapped up, we look at our ten host venues, then at the improvements to the track, the way the event is run, the club‰Ûªs involvement, and a number of other factors to determine the Round of the Year,‰Û