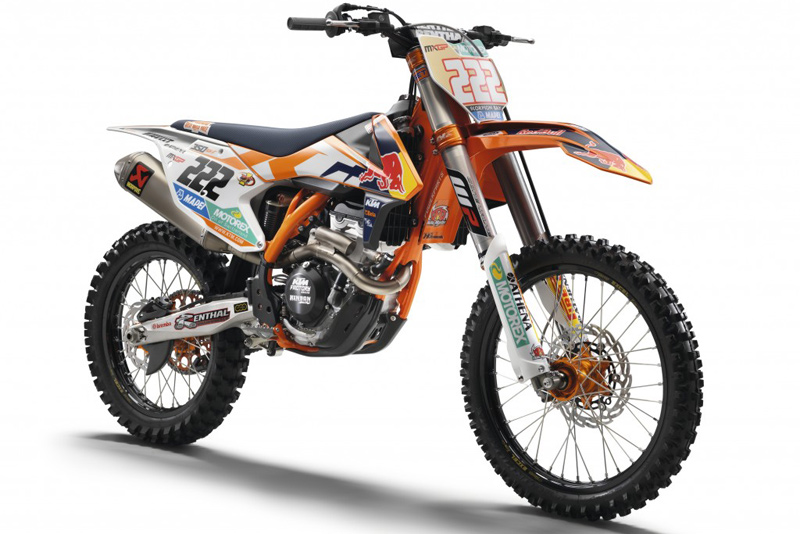 KTM took the cover off the all-new KTM 1050 ADVENTURE and, together with MXGP world champion Antonio ‰Û÷Tony‰Ûª Cairoli, presented the next generation of the KTM 350 SX-F Factory, KTM`s new Factory MXGP race bike at the 100th EICMA event in Milan, Italy.

Proof that the READY TO RACE company does not rest on its laurels is the all-new MXGP competitor, the 350 SX-F Factory, shown in Milan as a premiere. Despite world dominance with MXGP and MX2 titles in 2014 along with the 450 AMA National Motocross title and many other national championships and wins, KTM‰Ûªs R&D department - along with its Red Bull Factory riders - have developed an all-new vehicle.

After the race is before the race. Still fully motivated to continue the leading role in the highly competitive MXGP class, hand-in-hand with the world champ himself and all-star Stefan Everts, KTM`s MX engineers took all efforts to put together the fastest package ever seen on a MXGP circuit.

Based on an outstanding experience package, the decision was taken again for the proved 350cc formula. On top of that, using KTM`s proven knowledge in frame design, WP`s research and development skills and not to forget about the intense cooperation with KISKA design, Tony Cairoli will bring the all-new 350 SX-F Factory to the gate. 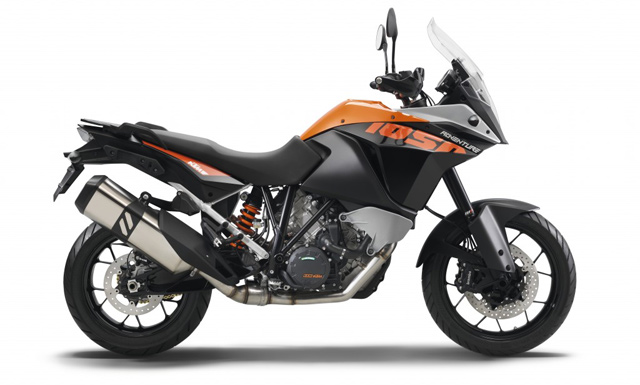 The 1050 ADVENTURE represents an easy and accessible bike for the two-wheel traveller who wants a machine that is lightweight but heavy on performance, not over-powered but with more than enough punch to excite. A bike boasting cutting-edge rider refinements without losing raw riding appeal.

The 70kW (95hp) engine is powerful enough to have brilliant acceleration without being too aggressive and a top speed of about 200km/h. Despite a smaller bore and stroke than the 1190 ADVENTURE it originates from, the power curve can match its bigger brother through a wide range. Despite this impressive performance, the new 1050 can be ridden with an A2 driverå«s license using a 35kW restriction map (available at KTM dealers).

With a lower seat height of 850mm (1190 seat height is adjustable between 860 and 875mm) and a weight of only 212kg, the 1050 is made further manageable with KTM Ride Mode technology, ABS and traction control. The disengageable ABS allows lock-up of the rear wheel in the optional ‰Û