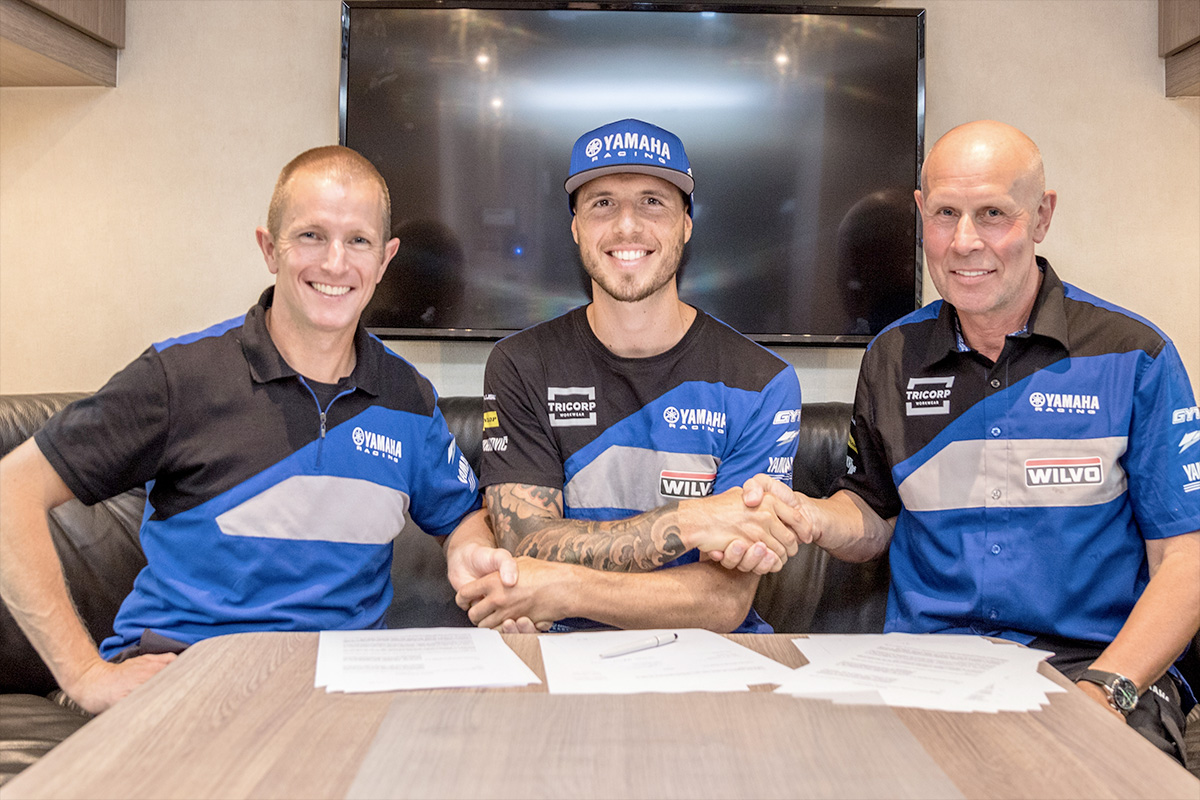 Having missed the entire 2018 MXGP season due to a shoulder injury he sustained at the start of the year, Tonus is excited to shift his focus to 2019 where he hopes to redeem himself with a top-five result in the 2019 FIM MXGP World Championship. The 27 year-old injured both shoulders in two different incidents in the off-season, and underwent a double shoulder reconstruction earlier this year. He has not been able to ride for more than six months, but was recently given the green light from his surgeon to start training again, and has already been out on the bike.

The Swiss rider said that he feels good onboard his YZ450F and is excited to return back to his best as he rebuilds his strength and confidence. Remaining with the Wilvo Yamaha Official MXGP Team will see the super talent remain under the same structure that saw him achieve a podium finish at the MXGP of Trentino in 2017, a Qualifying Race win in Russia and a MXGP race win at his home Grand Prix in Switzerland.

"It's amazing for me because I have formed such a great relationship with Louis and the team at Wilvo Yamaha Official MXGP, and even better is that the YZ450F, the material and all of the equipment we use there is top level," Tonus said. "I am really happy with the way the team works and the atmosphere there, I really feel like these guys are my family, so I am really excited to stay with them for another year, and to completely go for it."

Yamaha Motor Europe MX Racing Manager, Erik Eggens, added, "We are happy to continue with Arnaud for another season. This season has been difficult for him, but we feel that he still has a lot to offer and to prove, so we would like to give him another opportunity.

"He was very strong before the start of the season where we believe he was one of the fastest riders in the field. He needs stability to excel and we believe he has that with Louis and the team at Wilvo Yamaha Official MXGP, so I hope that they can achieve their goals next season, and celebrate the success both Arnaud and the team deserve. With this news, we will give Arnaud the time he needs to rebuild his strength and return to 100% before he lines up to race. We are fully behind Arnaud in this time, and whether he lines up this year, or we don't so see him until next year, he will have our full support and we look forward to seeing him on the gate."

Louis Vosters, Wilvo Yamaha Official MXGP Team Owner, concluded. "I am really happy that Arnaud has signed with us and Yamaha for 2019. Arnaud is a very talented rider, a technical one with many great skills. He has the mentality of a top sportsman and is a good character as well, so that is really positive and is something really nice for the Wilvo Yamaha team to have onboard."

Whether or not Tonus will return to racing this season is yet to be decided.