Tomac Focus’s on Hangtown After Flying Finish to Supercross Season 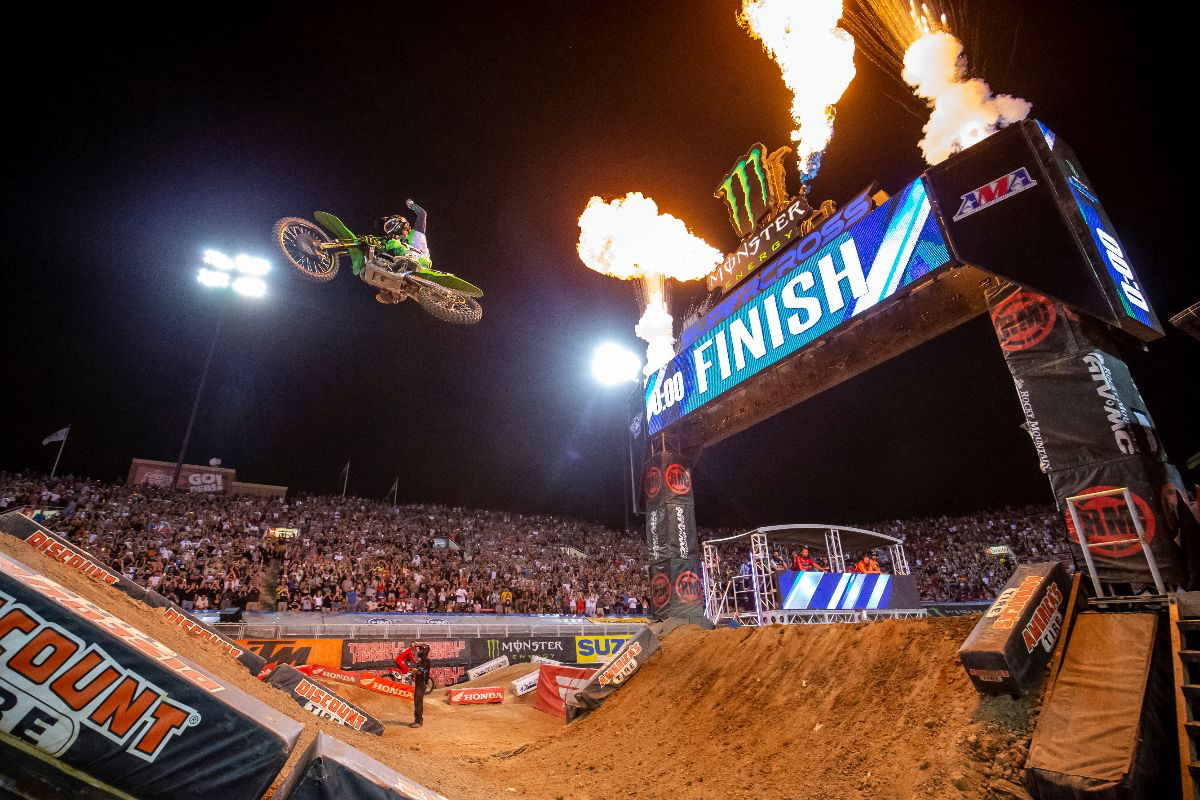 Tomac Focus's on Hangtown After Flying Finish to Supercross Season
Round 17 of Monster Energy AMA Supercross, an FIM World Championship returned to Las Vegas, Nevada for the season finale where Monster Energy Kawasaki rider Eli Tomac finished the season on high note with a dominant overall win and once again showed that he is the best in the Las Vegas conditions.

As the temperatures in the desert rose so did Tomac‰Ûªs race pace as he rode blistering fast all day long and set the fastest time in qualifying aboard his KX450. In Heat Race 2, Tomac had a fourth place start with his title, Cooper Webb contender ahead of him.

Tomac quickly made his way into second and began to setting up a pass for the lead when he mistimed a rhythm section causing him to come to a complete stop on the track. Only losing one position, there would be no denying him from getting to the front of the pack, where he went on to win the heat race.

In the Main Event, Tomac turned up the heat even further, rocketing to the holeshot and never looked back, going on to win the main event by 12.061 seconds ahead of the competition. Tomac finished the season second overall in the 450SX Championship Points Standings and will now begin to turn his attention to defending his 450 Motocross Championship, looking to mark his place in the records books with a third consecutive title.

‰ÛÏMan, what a season that was! Tonight we just gave it the beans and held it wide open all night long." Tomac enthused. "Nights like tonight were just downright fun racing my motorcycle.

"I am proud of myself and the effort the whole Monster Energy Kawasaki crew put in all season long. We‰Ûªve got my 2019 KX450 dialed in right now, which has me excited to get outdoors started. I am already looking forward to the 2020 supercross season, but in the meantime, I plan to carry this momentum into outdoors and once again defend my title.‰Û