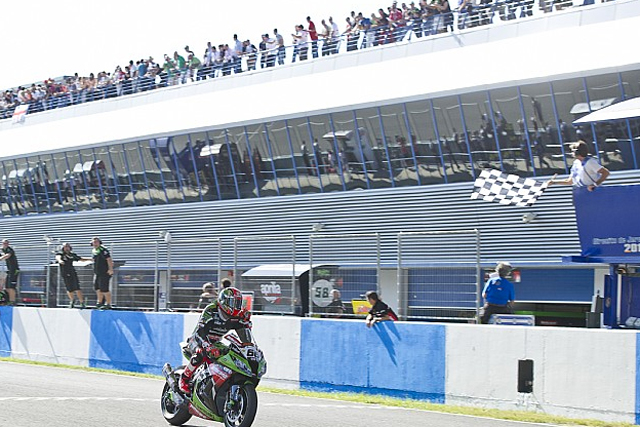 Sykes knew that at the test track of most of his rivals he would have his work cut out to win but he also knew that he did not have to take race victories to take the championship title.

In race one Tom rode to a solid third place and in doing so he took a large enough advantage to make his championship win safe. He received his trophy for the title win after this race but he still had a second 21-lap race, in warm conditions, to complete.

Tom gathered his concentration and pushed on to lead 13-laps of the second race and finished second in the race, with a final championship advantage of 23 points. Tom also took the new lap record at Jerez with a 1‰Ûª41.691 in race two. Sykes also led for 255 laps over the whole season, more than twice the total of the next best rider.

The championship win was particularly sweet for the entire Kawasaki Racing Team as they missed out on the title with Tom by only half a point in 2012. 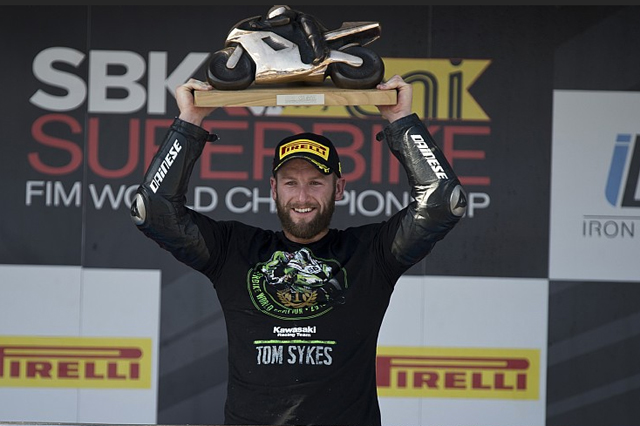 ‰ÛÏWords cannot describe how I feel." Sykes commented. "I am very level headed but since Magny Cours there are moments where my mind started dreaming. When I was dreaming I had goose bumps and it was magical to even dream I could be world champion.

"But that was maybe 2% of what I am feeling now after winning the title," he added.

"In race two it was my intention to do well, even though it would be difficult to top race one as all my energy had kind of gone after the first one. I hoped to be closer to the front but I did not expect to win. I think this was just Eugene‰Ûªs race, although my Ninja ZX-10R was working very well.

"All things considered I have to be very happy today. World Champion, podium in the races and it has been an absolute pleasure to race with these guys this year. It was good for the championship that it got decided at the final round again, especially at this beautiful circuit, with these great fans.

"My team is mostly Spanish so it is a home round for them. The championship win has not fully sunk in yet but it will do soon, I‰Ûªm sure," the British racer concluded. 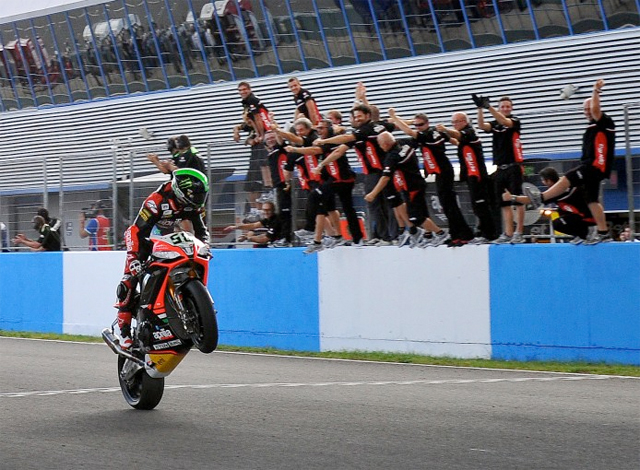 Eugene Laverty celebrates his double win at Jerez - Credit: Apriliaracing.com
While the championship belonged to Sykes, Aprilia's Eugene Laverty finished his season off on a high, winning both races at Jerez on his way to finishing in the runner up spot in this years world championship and with his team mate Sylvain Guintoli finishing third in the championship, Aprilia were able to secure the 2013 Manufactures trophy.

‰ÛÏTwo wins that came in different ways, as the second one was kind of easier because I was able to pull away from Tom once I got passed him." Laverty said regarding his win in the second race after also winning the day's opening race.

"I'm happy with this double-win that extended our podium streak in the final part of the season. It's a shame that we lost some points early on in the year, but I'm not the type of guy who likes to make excuses. Second place overall is a great result, as well as the Manufacturers' title," he added.

Australia's Mark Aitchison racing for the Kawasaki Team Pedercini team made great improvements at the final round of the year after coming in as a replacement rider late in the season, finishing tenth in race one and ninth in race two, for 18th in the championship.

Aussie Broc Parkes also raced the final round of the year for the Yamaha Monster Energy Yamaha - Yart team finishing in 18th place in race one before improving to a very impressive 12th in race 2. 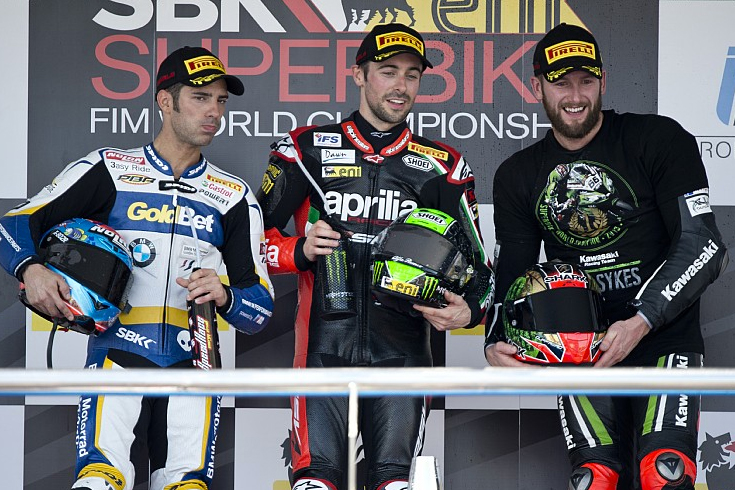 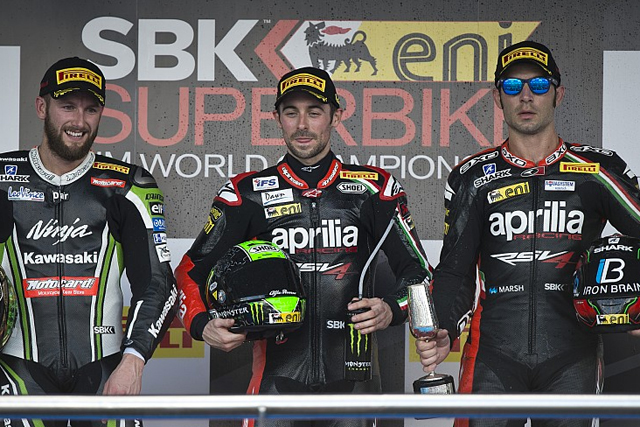 Top Image: Tom Sykes celebrates his 2013 World Championship as he crosses the line to finish race one in Jerez