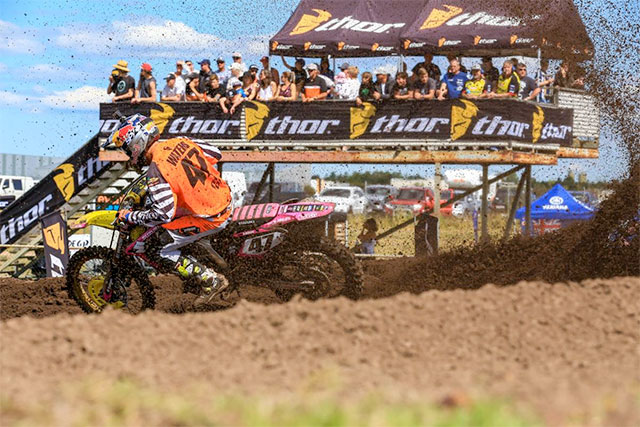 The Wilson Coolair Motul Factory Suzuki Racing Team have wrapped up the final round of the 2016 Motul MX Nationals with the round ten overall, another top ten finish, and third in the Thor MX1 Championship, after a successful outing at Coolum.

Both MX1 pilots Waters and Wilson gave everything they had at the final round of the series this afternoon, with their efforts rewarded with top results at the season decider.

Waters, who once again made an appearance in GoPro Superpole this morning where he finished in second with a 1:45.511 lap time, raced to 2nd position in moto one after battling with fellow title hopefuls, while in race two, everything came together, with Waters finding an extra gear late in the moto, to launch from 3rd to 1st, where he stayed for the remainder of the moto.

Not only did today‰Ûªs results reward Waters and the Suzuki backed team with the top step of the podium at the conclusion of the round, Waters also secured third in the overall Thor MX1 Championship in what is the team‰Ûªs first ever MX Nationals season.

‰ÛÏThis weekend was exactly how we wanted to finish the season, and I‰Ûªve been chasing rounds like this all year,‰Û