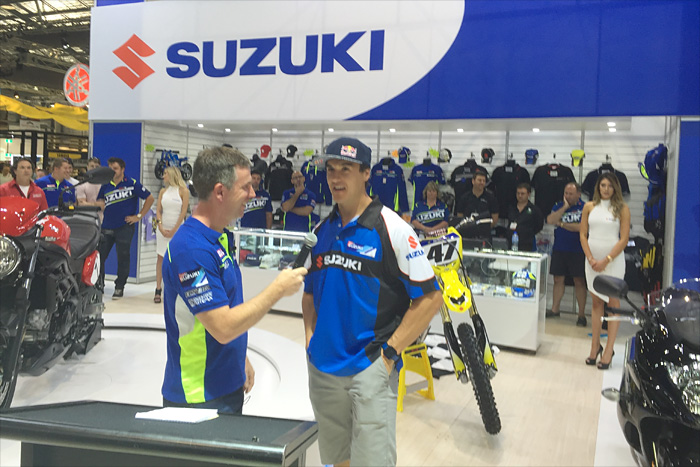 Suzuki Australia in conjunction with Wilson MX have announced an all new partnership for 2016, which will see Todd Waters return to the Australian racing circuit, representing the newly formed 2016 Factory Suzuki MX1 Racing Team.

Wilson who will manage the Factory Suzuki MX1 Racing Team in 2016, made comment today on the new partnership, and says he is excited for what the future holds for Waters and all parties.

‰ÛÏWe are very pleased to have Todd returning from Europe to race with us next year, and we are confident that with his previous experience on the Suzuki and also his recent experience racing the MXGP, that he will be a championship contender in 2016,‰Û