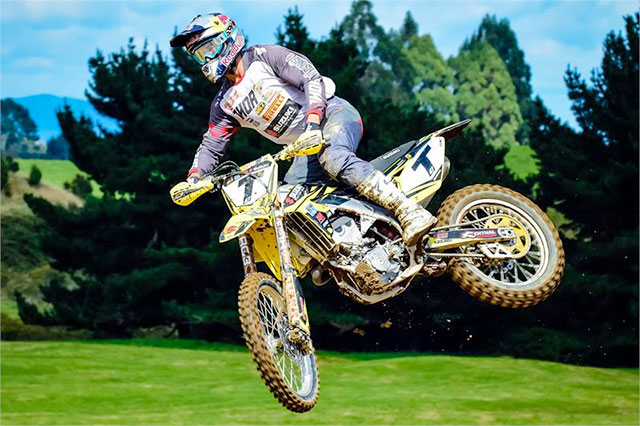 Australian Todd Waters has climbed to within three points of the New Zealand MX1 Championship lead following a strong performance at Sunday‰Ûªs third round of four near Rotorua.

The 25-year-old MC2 Suzuki Racing Team RM-Z450 rider began the day 14 points behind series leader and fellow Australian Dean Ferris, but, with a 2-2-3 scorecard, he finished the day runner-up to defending national champion and current series leader Cody Cooper, putting him well within strike range for the title with just one round and three races to come.

"It's going to be a good final round," Waters enthused. "Cooper and Ferris are on top of their game and I will need to step it up. I nearly won the day at round two and I was again runner-up today, but behind a different rider. Perhaps I'm saving my best for last. Hopefully I can pull something out of the bag at the last round.‰Û