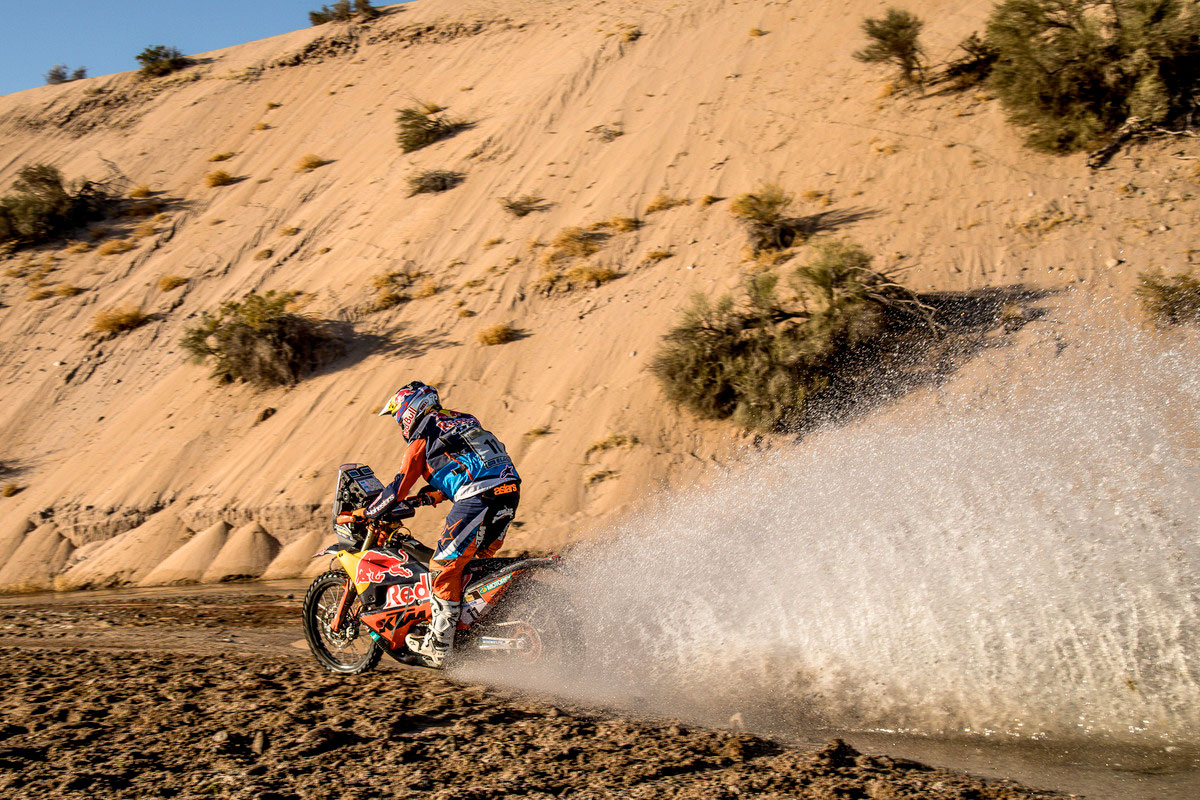 Toby Price put the GPS drama of day one behind him to take a two minute win on stage two and now leads the Rally by 44 seconds. Photo: RallyZone - Edoardo Bauer
Toby Price has won an exhausting stage two of the 2018 Desafio Ruta 40 rally by just over two minutes from Matthias Walkner. The result elevates Price to the top of the provisional overall standings with three days remaining.

Comprising a route of close to 80% off-piste terrain, stage two of the Desafio Ruta 40 has proven to be one of the toughest days of the 2018 championship so far. Despite being relatively short with a timed special measuring 317.74km, the rough nature of the stage really tested the riders‰Ûª strength and endurance to their limits.

Following his fourth place on Monday‰Ûªs stage one, Toby Price set off from the bivouac Tuesday morning with the aim of making up time lost due to a faulty GPS tracker. With Walkner setting off three minutes ahead, Price pushed right from the start and made up the deficit by the stage‰Ûªs halfway point. Riding a smooth but fast pace over the technical terrain, the Australian‰Ûªs time of just under four hours 17 minutes was enough to take the stage win and in turn, the lead in the provisional overall standings.

‰ÛÏThat was a much better stage for me, although it was extremely tiring due to the nature of the route," Price reflected.

"There was a lot of off-track work through fesh-fesh and camel grass and it really took it out of you physically. With no GPS issues I was able to push hard today and caught the guys in front by the neutralisation. After that I kept to a good solid pace and aimed to ride as smooth as possible to stay safe and conserve some energy. I‰Ûªll get rested up now and hopefully tomorrow will be a little easier on the body.‰Û 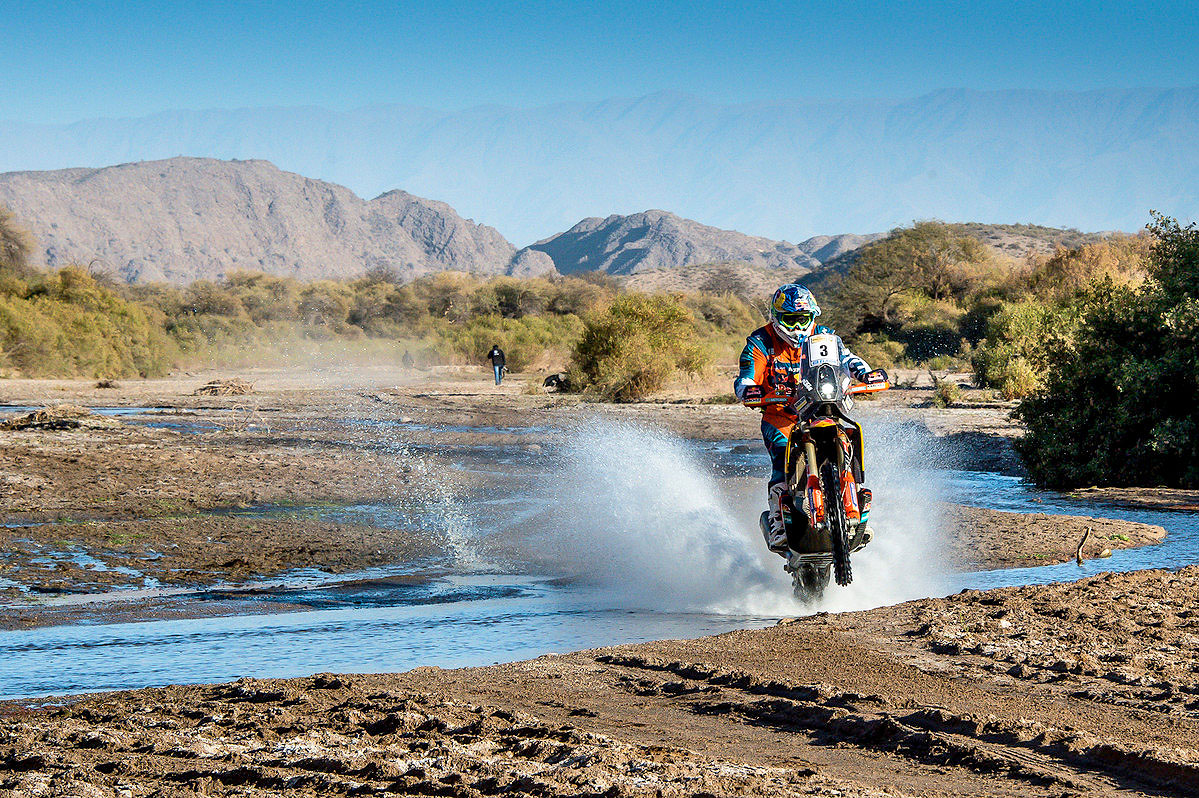 ‰ÛÏThat was a long, tough day for me," and exhausted Walkner declared. "Of the 320km so much was rough, off-piste riding that the stage felt a lot longer than it was. The pace is so high, and in some sections you really have to rely on your road book to warn of the dangers as you are covering the ground so fast. I am pleased with my result and will try to chase down Toby tomorrow. After that, I‰Ûªm hoping the last two days will be a little smoother.‰Û 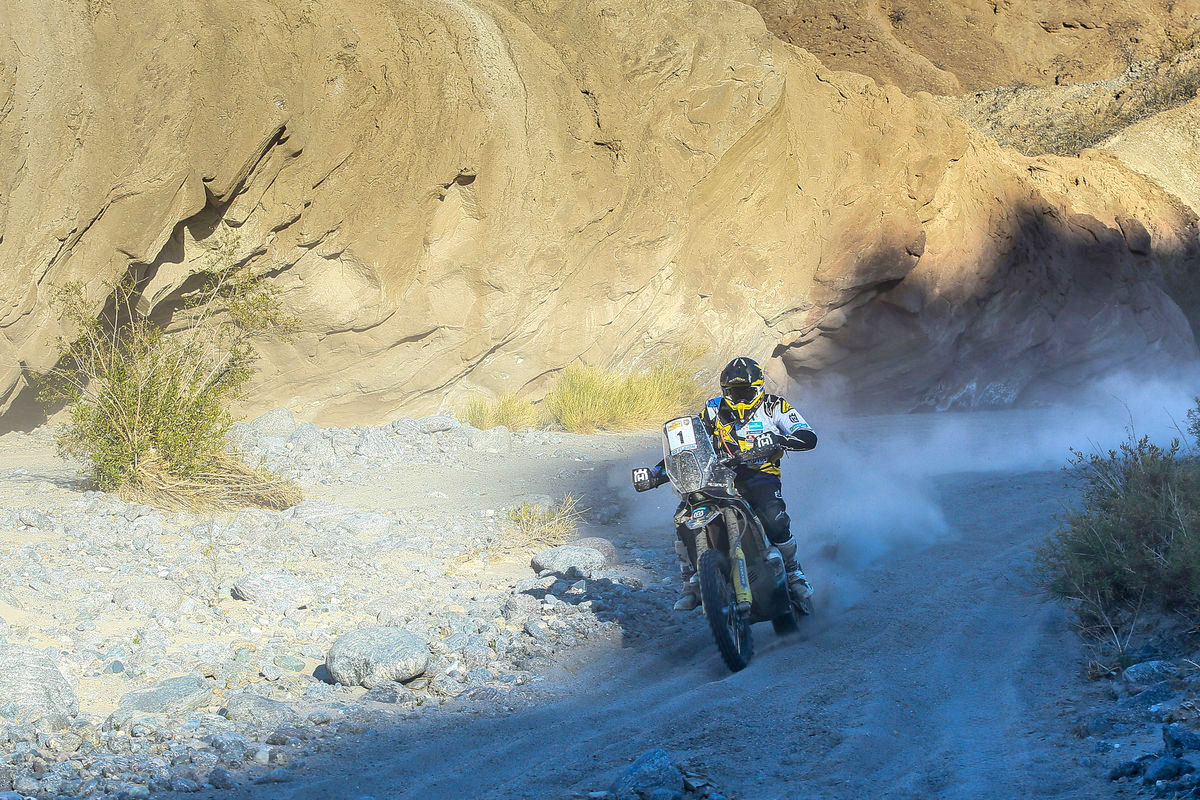 ‰ÛÏWe had a really hard stage today and it was good to wrap it up inside the top three," Quintanilla said. "The majority of the timed special was off-piste and there were also lots of parts with camel grass. It was a really long stage and that also made it mentally exhausting. I did my best to maintain a good pace today and it paid off. I still have some pain on my back and that made things even harder for me today. Nevertheless, everything is going according to plan for us here in Argentina and we will continue working hard until the end.‰Û 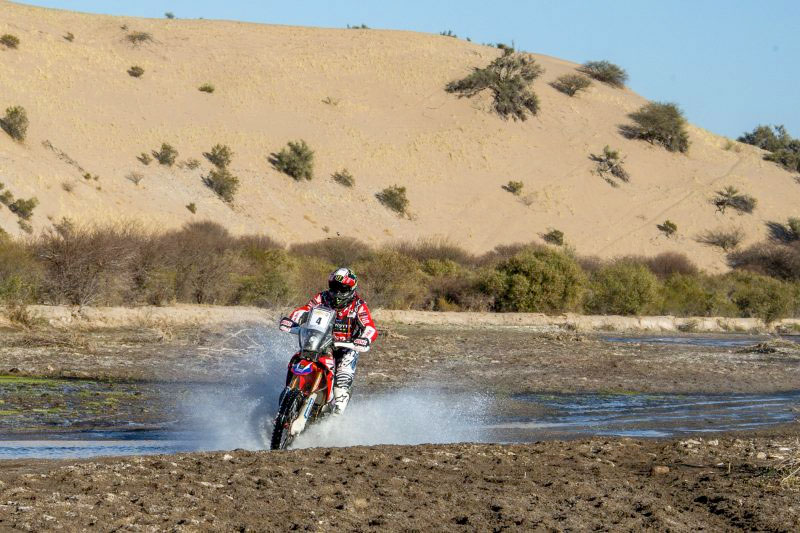 "Today was one of the hardest stages I've had in my entire life," GonÌ¤alves expressed. "320 kilometres practically everything off-piste, with dry rivers and very broken up track. I did pretty well with the navigation, there were stretches of 20 or 30 kilometres of the course, without waypoints. I did quite well, opening the track and also managed to reach the finish line first. I‰Ûªm a little sad about Mathias‰Ûª fall, but I hope it is not very serious and he will be able to get over it soon."

The 336.45km third stage of the rally includes a 258.78km timed special ‰ÛÒ the second shortest of the event ‰ÛÒ in a loop north of the city of Tinogasta. 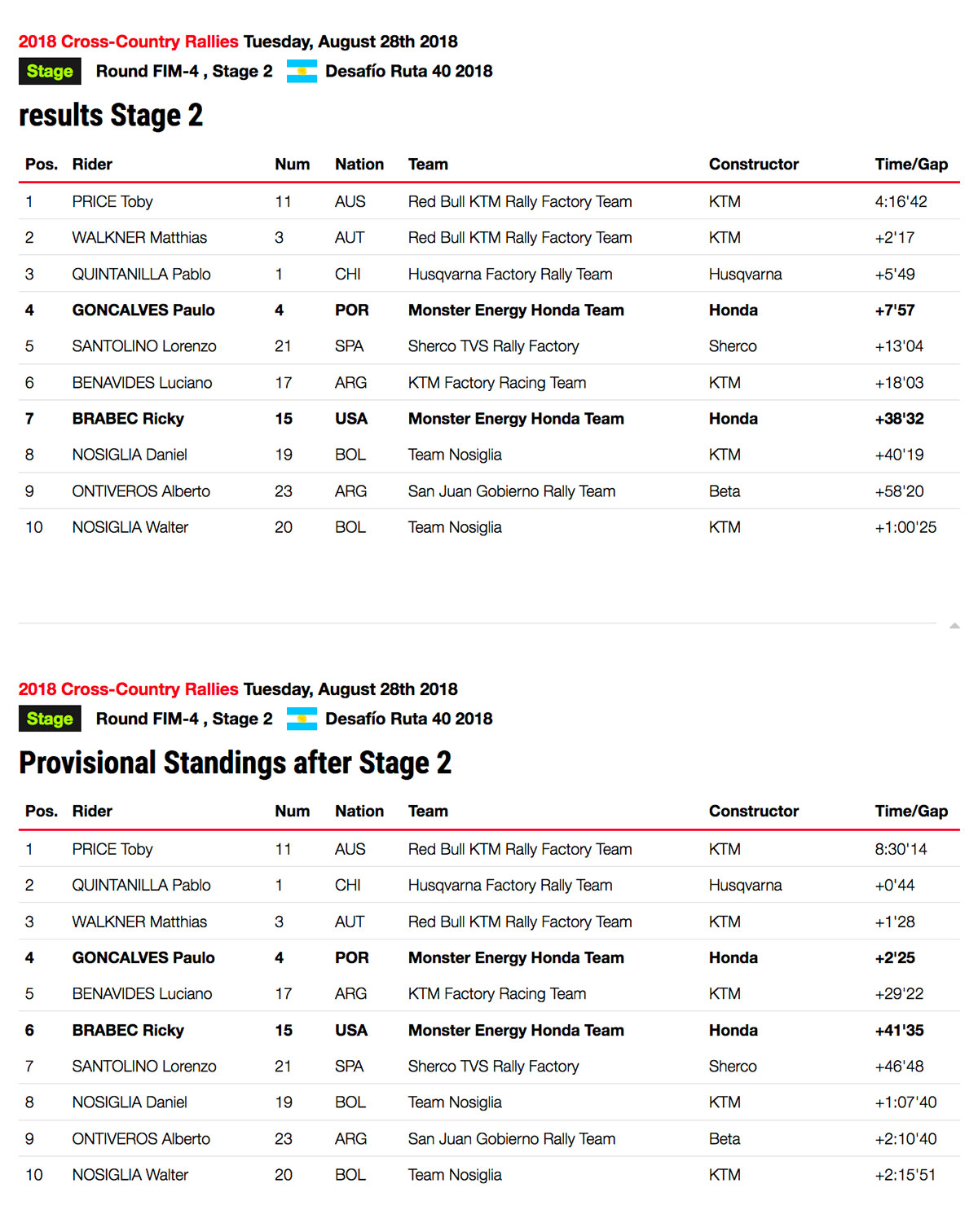