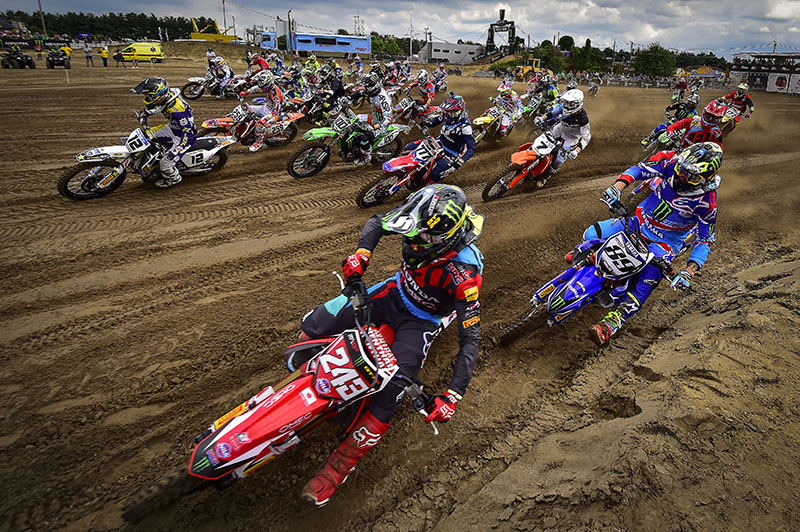 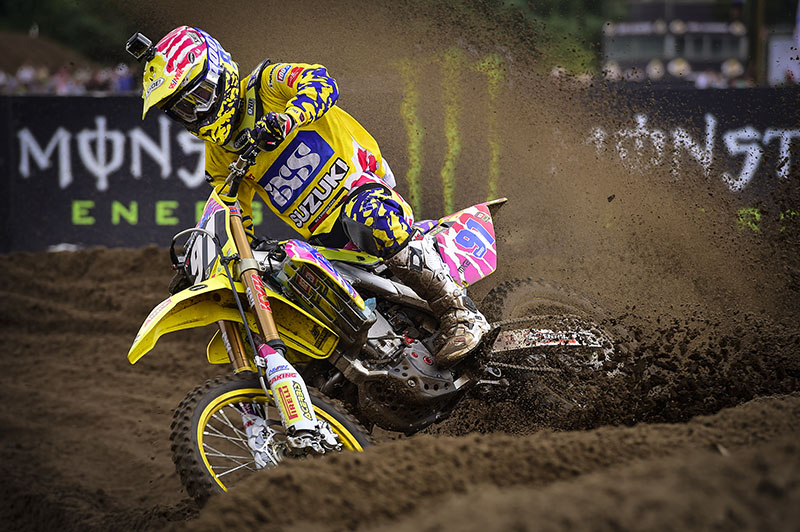 After topping the charts in Timed Practice, Rockstar Energy Husqvarna Factory Racing‰Ûªs Max Anstie got off to a perfect start as he led the way around turn one with Monster Energy Kawasaki Racing Team‰Ûªs Dylan Ferrandis on the right of him and Team Suzuki World MX2‰Ûªs Jeremy Seewer on the left.

That was already an epic start to the weekend for the thousands of fans that have come out to watch here in Lommel, since Anstie, Ferrandis and Seewer are the hottest picks to win in the absence of Red Bull KTM Factory Racing‰Ûªs sand masters‰Ûª Jeffrey Herlings and Pauls Jonass.

Countless hours playing in the sand-pit with the king, Stefan Everts, have paid off for Seewer who passed Ferrandis like he was standing still almost straight away before Ferrandis put himself out of contention for the win when he folded the front end on lap two. On lap three, Anstie decided to join the club of dirt samplers when he threw away the lead with a massive crash on a wide sweeping turn.

Monster Energy Kawasaki Racing Team‰Ûªs Petar Petrov was in beast mode. He hammered it around the outside of HSF Logistics Motorsports KTM‰Ûªs Brian Bogers for second and managed to challenge Seewer for the lead. A few mistakes stopped him from making a move, but the Bulgarian who resides just up the road here in Lommel was pumped to finish second, ‰ÛÏI wish there was points for qualifying,‰Û