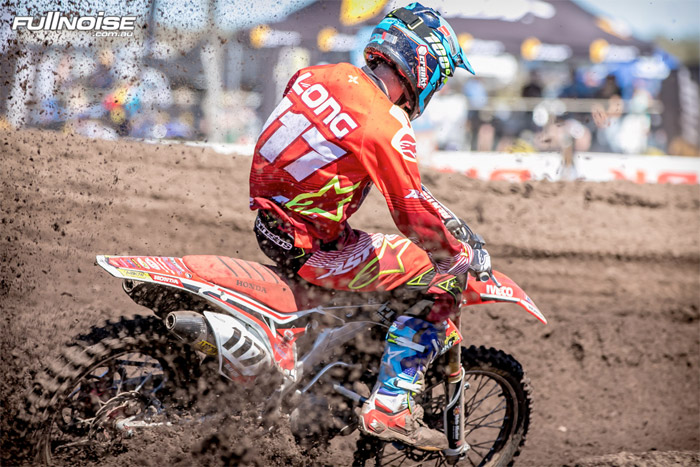 SX1 rider Jay Wilson will fly the Crankt Protein Honda Racing Team flag solo at round one of the 2016 Australian Supercross Championship at Jimboomba in Queensland this weekend, with Dylan Long sidelined due to injury.

With a successful motocross campaign behind the Factory Honda pair, both Wilson and Long have been on track to launch their Supercross assault this weekend, however unfortunately for Long, a niggling thumb injury has forced the Honda rider to sit out of round one.

Long, who was set to contest the talent packed SX1 class at Jimboomba, has shared his disappointment in being sidelined, however has vowed to be back on the bike as soon as he is fit and healthy.

‰ÛÏIt‰Ûªs obviously a shame that before round one of the Supercross I‰Ûªve re-injured my thumb that I hurt at Nowra, but that‰Ûªs racing and now the focus is on getting better,‰Û