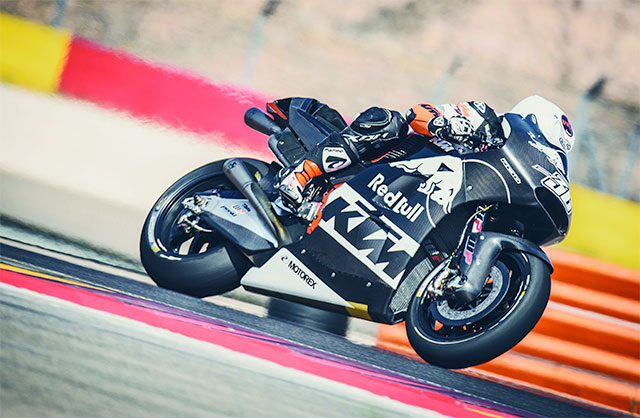 Following the KTM MotoGP Factory Racing Team‰Ûªs intensive tests in Misano, work immediately continued when they relocated to the Motorland Aragon in Spain this week.

The team enjoyed hot and sunny conditions in Spain as they set to work on the picturesque, undulating circuit with 16 turns and long back straight, situated some100km to the south east of Saragossa. Unfortunately the level of grip was a little less than desirable due to the recent limited use of the circuit.

The team and riders took a step-by-step approach to reach the limit, thus avoiding any crashes and allowing them to gather extremely valuable experience for the further development of the KTM MotoGP bike. 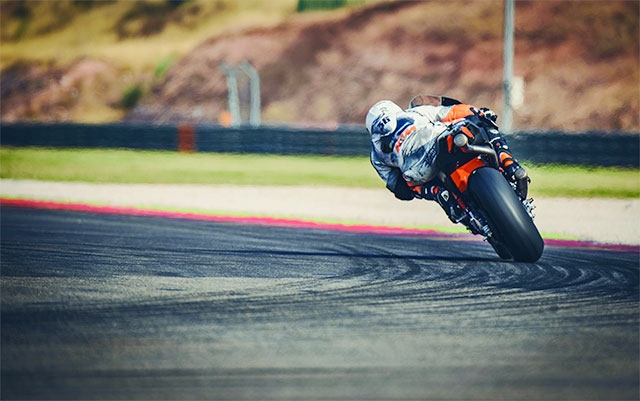 'We were able to complete the development steps from Misano and we made noticeable improvements, also in the setup, on a circuit with very little grip. For the las six days of tests many things have been made possible in the short term, and this allows us to sort now many parts out of the box for the future.

'In addition, we wanted to test again in August in very hot conditions and we had them last week in Italy, and especially here. We had acceptable lap times in complete race simulations, both there and here, so we‰Ûªve been able to collect extremely important data, especially concerning the load on the motor and it‰Ûªs relevant components," Leitner concluded. 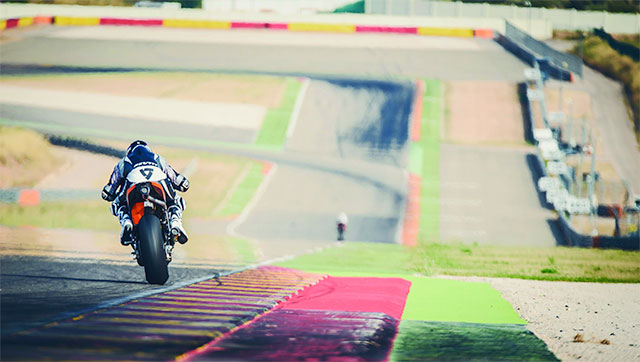 Mika Kallio and Randy de Puniet at Aragon. Credit: Sebas Romero
Sebastian Risse (Technical Director Onroad), added, "I believe the six days have brought everytbody to the limit, and because of this, it was good to see the results we got back at the end.

"The two first days were all about building up the grip and completing numerous comparative tests. Then on the final day we were able to get to the point and make very substantial improvements to the bike, on the one hand concerning what came up in Misano, and on the other, thanks to the entirely new imptus we were able to introduce.

"The focus on the test gradually changed, but naturally during the requisite preparatory work is also necessary to devote time to things like race distance and extreme temperatures. Now the development window is closing and we have a much better idea what the bike will be like for Valencia, and for next season,' Risse concluded. 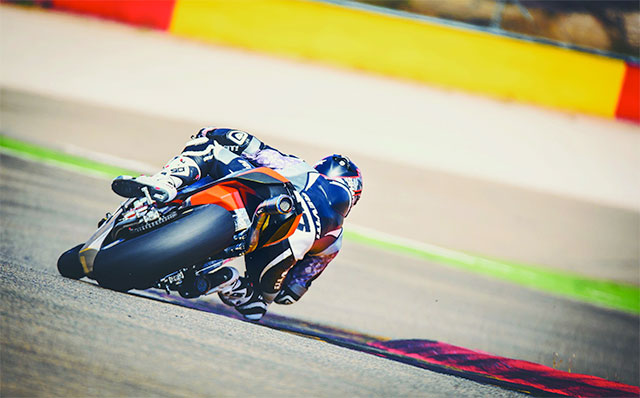 Randy de Puniet at Aragon. Credit: Sebas Romero
Test rider Mika Kallio is impressed with the progress of the project saying, ‰ÛÏEven if I repeat myself, I think the test last week in Misano and now here in Aragon were the best so far. We were able to really achieve great progress, and thanks to the hard work, everyone can be really satisfied with what we have achieved.

"This brings us to a good level for the wild card race in Valencia, although we also have to really set ourselves realistic goals because we mustn‰Ûªt forget that the bike is still fairly new.

"Although unfortunately the grip levels remained on a very low level from the start to the finish, we were still able to continue working on most things on the test program and in the end, we found a new setup for more traction in the back wheel, which again gave me more confidence. When we go to Brno for the next test it will be very interesting to see how things work out on a circuit where we already have many references.‰Û 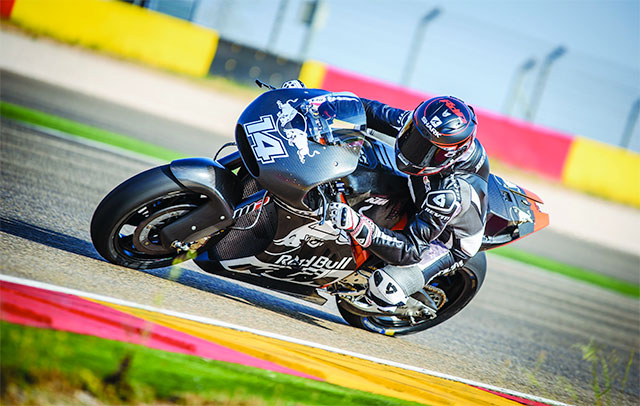