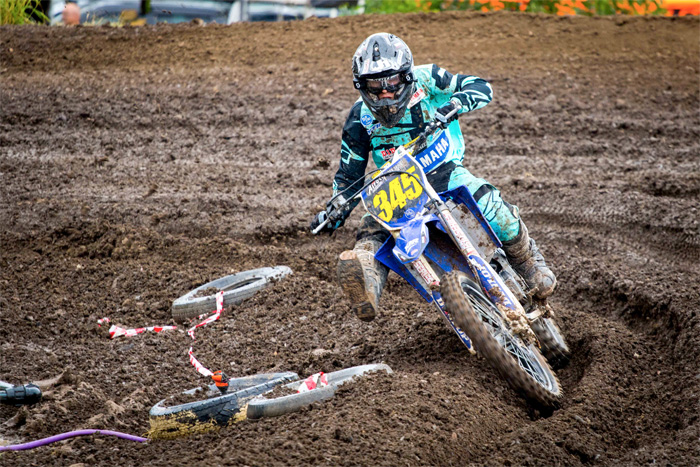 It proved to be another successful weekend for the GYTR Yamaha Junior Racing team in Queensland with Jack Kukas and Levi Rogers taking three class wins between them at round five of the Sunshine State Series, held at Tivoli Raceway.

The riders entered the penultimate round of the series with plenty of confidence after an impressive showing at round four just a fortnight ago and were out to keep the good results flowing as the series gets towards the business end.

Jack Kukas picked up another double class win in both the 15 years 125 and 250cc divisions. Kukas has slowly been building his speed since knee surgery last year but looked to be back to near his best with a great showing at Tivoli.

Kukas won the 125 class with a 1-1-2 result and cemented his lead in the series while he scored the exact same results in the 15 years 250cc class having some great battles with Bailey Malkiewicz.

The day proved challenging for all riders as rain came in the afternoon turning the dry, fast track into a slippery, muddy mess but Kukas showed his skill in all conditions.

‰ÛÏToday was probably the best I have felt since I had surgery last year,‰Û 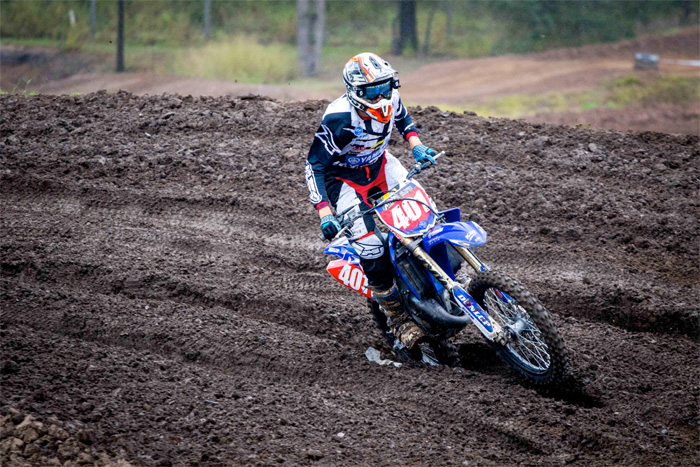 Levi Rogers took the win in the 13-14 years 250cc
Levi Rogers looks better every time he steps over a dirt bike. On a track that he admits he has struggled with in the past, Rogers stepped it up on the weekend to take the win in the 13-14 years 250cc class with 1-4-1 results. Race two proved to be his most challenging as he overcame a first turn crash that saw him a distant last after remounting, to charge all the way back to fourth and then make a brazen attempt for third in the final turn only to go down again.

He also contested the 13-14 years 125cc and again showed he has plenty of pace. Rogers took fourth in race one, then had a mechanical issue in race two but bounced back to win the final moto.

Levi now holds down second place on both bikes with one round remaining.

‰ÛÏI don‰Ûªt mind riding Tivoli but I have never really done that well, especially the last couple of years, so it was good to have a positive weekend and ride well here. Things were good on the 250 and it was really just the bad start in race two that cost me.

‰ÛÏThe 125 was up and down but winning the final moto was a good way to finish the day and that was in the mud so I was stoked to get out front and stay out of the roost,‰Û