The Hart and Huntington / InsureMyRide Partnership continues in 2012 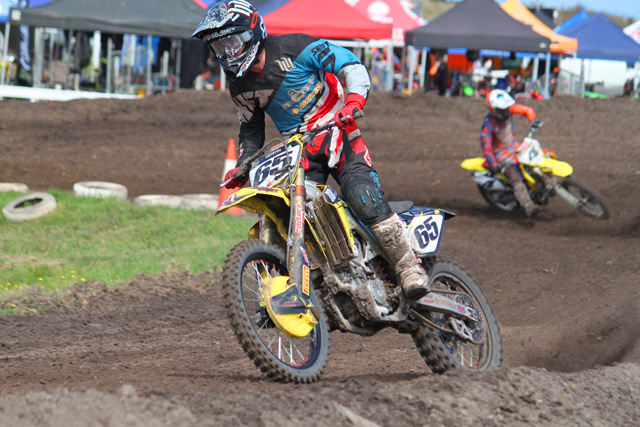 Hart and Huntington have announced its ongoing relationship with motorcycle insurance giants InsureMyRide for the 2012 Monster Energy MX Nationals and Australian Supercross season as one of the team's Co Naming rights sponsors.

The Hart and Huntington team have a two rider line up for the MX nationals series and are planning to also support two of their 2011 SX team members for the SX series only.

Daniel McCoy will headline the teams attack in the MX1 class during the ten round outdoor series on a Suzuki RM-Z450 with the team set to run yellow bikes for 2012.

"We are pleased to confirm that we have signed long term Hart and Huntington athlete Daniel McCoy for the 2012 season. Coming off an exceptional 2011 Super X series finishing 3rd overall, Daniel is keen to put some good results on the board in the MX1 class starting this weekend in Conondale QLD." said team owner Kale Wallis.

Lewis woods who is another long term Hart and Huntington athlete and will pilot a RM-Z250 in the MX2 class and chase a championship in both the MX2 Nationals and Supercross series, after spending 2011 in the Pro Open class.

The Hart and Huntington / InsureMyRide's new look line up heads to Conondale, QLD Sunday April 1st for the first round of the 2012 Monster Energy MX Nationals

Main Photo: Daniel McCoy will line up aboard his Hart and Huntington / InsureMyRide RM-Z450 at round one in Qld 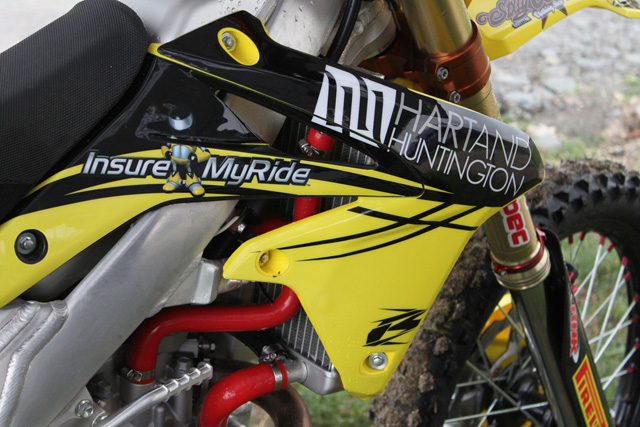