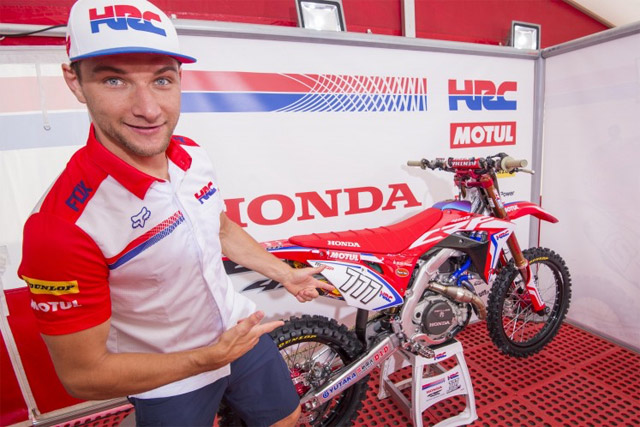 During the MXGP of the Netherlands last weekend, Evgeny Bobryshev showed off his all-new 2017 CRF450RW, and this weekend the Russian #777 will line-up behind the gate on the new machine for the first time.

The factory-spec racing machine is based on the all-new Honda CRF450R that was also unveiled in Assen, and has received the works Honda Racing Corporation touch to make it the benchmark in the highest level of competition.

‰ÛÏRacing in the US is always fun, so to have two races back-to-back out there will be good, and a lot of the American riders are coming out too. It‰Ûªs good to be able to move directly to Charlotte this weekend, and to another specially made track, but I think it should be good and I‰Ûªm feeling positive about this weekend.‰Û