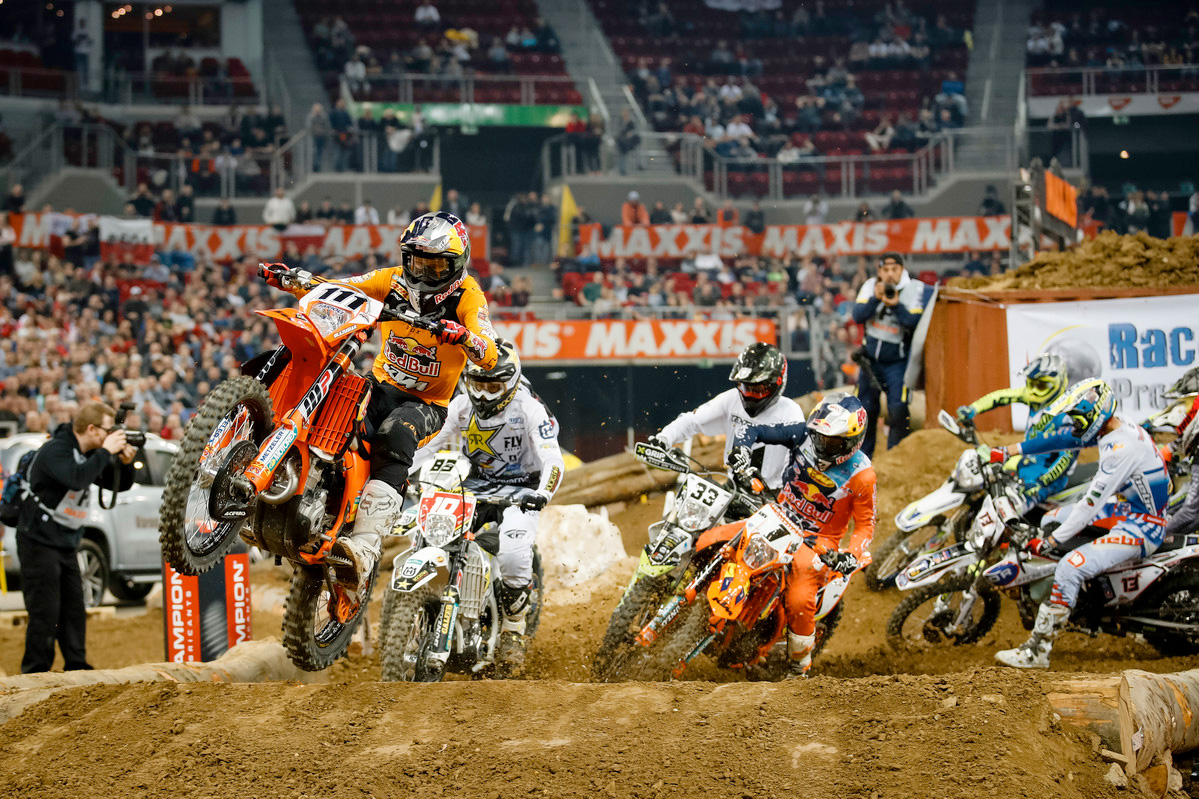 Taddy Blazusiak (111) took the holeshot in race three, going on for the win and round win, Photo: Future7Media
Following a difficult third round, Taddy Blazusiak has rebounded strongly to win round four of the 2019 FIM SuperEnduro World Championship, in Hungary ahead of defending champion Cody Webb at Budapest stadium.

While it was Blazusiak and Webb that occupied the two top spots, Rockstar Energy Husqvarna Factory Racing‰Ûªs Colton Haaker maintained his position at the top of the FIM SuperEnduro World Championship standings following a third-place result.

The fast and flowing track laid out in the Papp Laszlo Sportarena, although short, proved to be a serious test for all competitors. Coming into the event second and third respectively in the series standings, FMF KTM Factory Racing‰Ûªs Cody Webb and Red Bull KTM Factory Racing‰Ûªs Taddy Blazusiak knew they would have to fight hard to claw back valuable championship points from championship leader Colton Haaker.


Superpole went to Webb, with Blazusiak finishing a close second ‰ÛÒ the results giving the riders their choice of gate-pick for race one. From pole, Webb took the lead into the first corner and set about opening up a good margin over the chasing riders. Although pressured early on by his teammate, Webb went on to claim a flag-to-flag victory with Blazusiak fighting off the challenges from Colton Haaker to finish second.

Starting from row two for the reverse-grid second race, Haaker cleverly found some clear space in the first corner and shot into an early lead. With a clear track to enjoy, he put in some of his best laps of the night, pulling away from the chasing pack to claim a comfortable eight-second margin of victory. Blazusiak moved into second after only a couple of laps, the six-time world champion then faced lapped traffic and was unable to challenge Haaker, placing second at the flag. Webb, after getting caught up off the line, rounded the first turn in last place. After his tough start, the American also had to fight his way through the pack and eventually finished third. 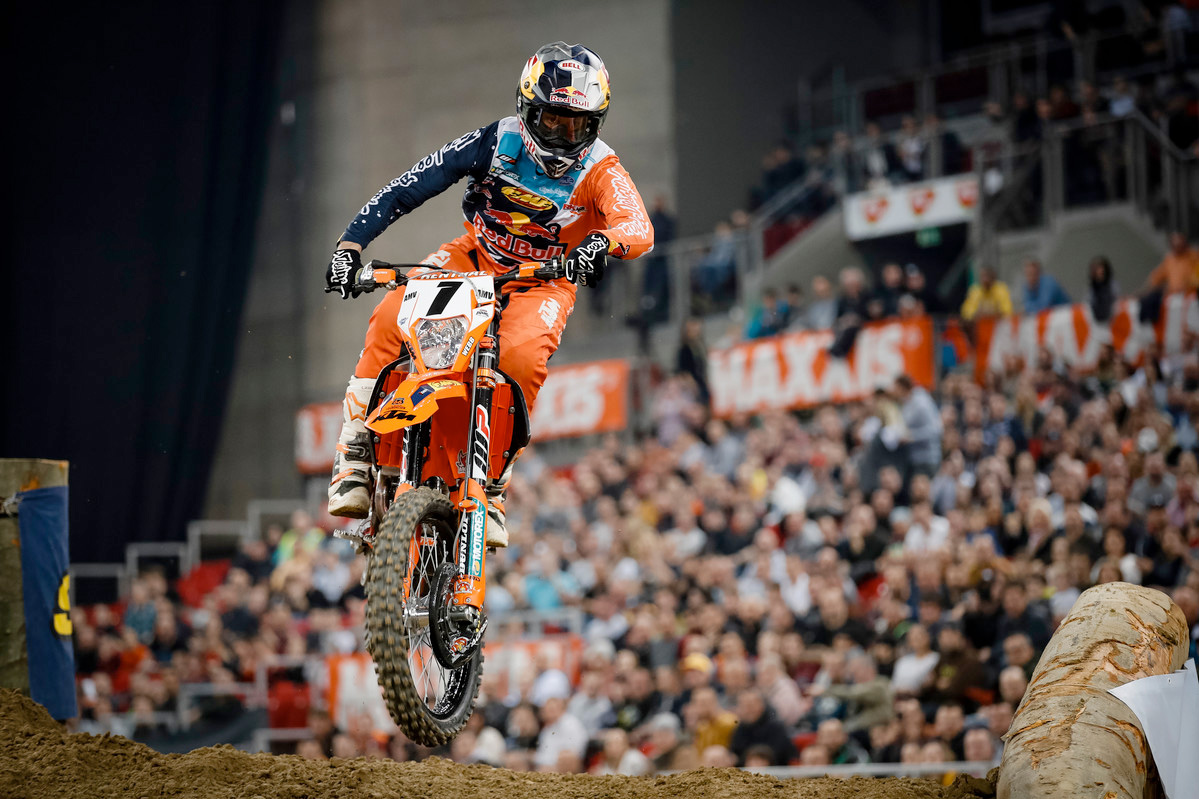 Cody Webb took the first race win of the three and then took a pair of thirds in the following two races to finish second overall. Photo: Future7Media
In the final race, it was Blazusiak who took the holeshot over Haaker with Webb close behind in third. For the first half of the race the three leading riders pushed hard, maintaining a fast pace on the demanding course. With the layout of the track making overtaking extremely tricky, and with lapped traffic once again adding to the situation, Taddy managed to hold his nerve and his lead over Haaker, to ultimately take the race three win and with it the overall victory.

While it was Haaker, Blazusiak and Webb that held court for the night as the top three, Alfredo Gomez was never far behind logging a trio of fourth place results on the night.

‰ÛÏTo take the win tonight feels great.," Blazusiak said. "I‰Ûªve been mostly off the bike since I hurt my knee in Madrid, so to come here and claim the overall is amazing. I didn‰Ûªt quite have the out-and-out speed this evening, so I knew I would have to be clever and use my race craft. I got two second places and then in the last race I got a good start and knew it would be difficult for the others to pass. I rode clean but defensively and it paid off. Budapest has been great ‰ÛÒ the track was not too technical, but it was physically demanding and tricky to make time on. I‰Ûªm really looking forward to Bilbao now in April.‰Û 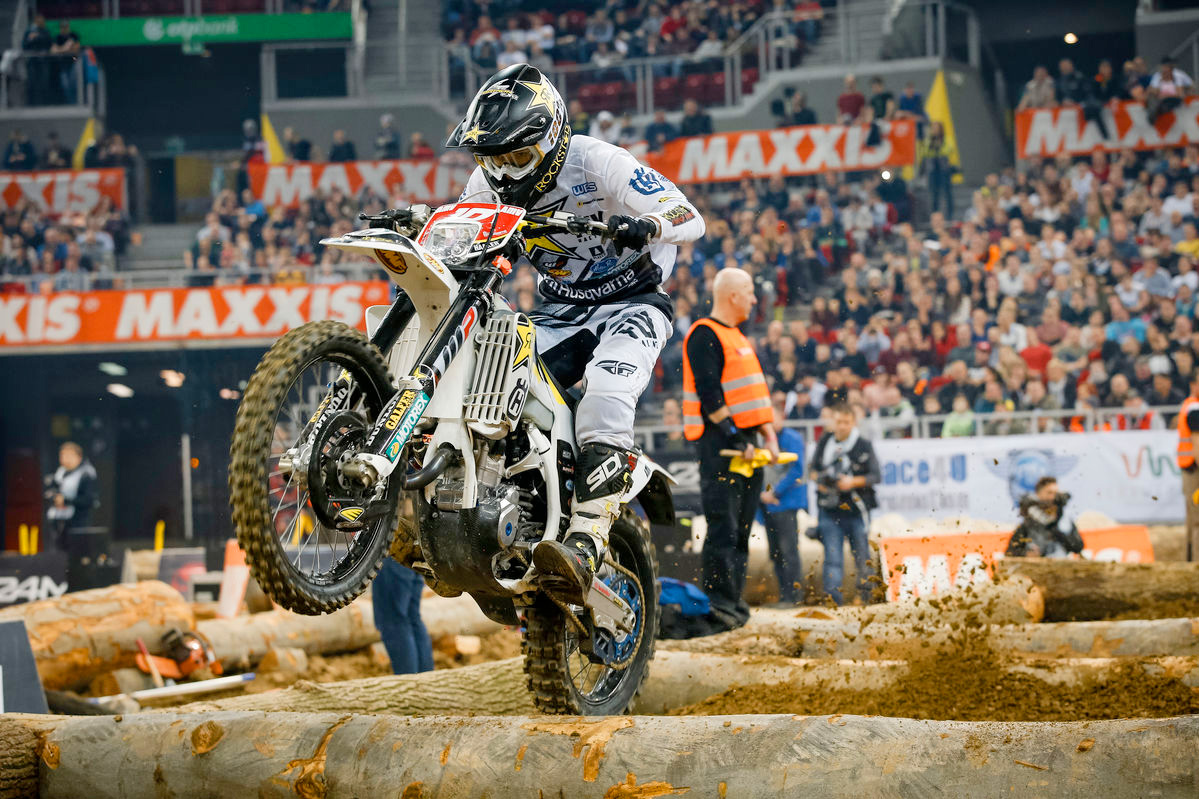 Colton Haaker won the second race but ultimately finished the night third overall, the American only dropped 4 points in a tight night of racing and retained his championship lead with one round to go. Photo: Future7Media
Despite fighting hard and challenging second-placed Haaker at every chance he got, Webb was unable to make a pass stick and had to settle for third in race three. The result edged him ahead of his American compatriot in the event classification and took him to within just 12 points of the championship lead with one round remaining.

"It‰Ûªs been a good night for me overall ‰ÛÒ I‰Ûªm happy with second," Webb said. "I got a really good start in the first race and was just able to run away with it. In the second race, I started off right on the inside from the second row but I got caught up early and had to fight my way through the whole pack back up to third. In the last race it was good fun battling with the guys up front but it was so tricky to make a good pass ‰ÛÒ we were all pushing so hard and the pace was relentless. I struggled with traffic later on and couldn‰Ûªt quite close up to the two leaders. We have got a bit of a break now before the last round so I‰Ûªll keep training and work on my intensity before Bilbao and hopefully be in a good position to fight for the championship.‰Û 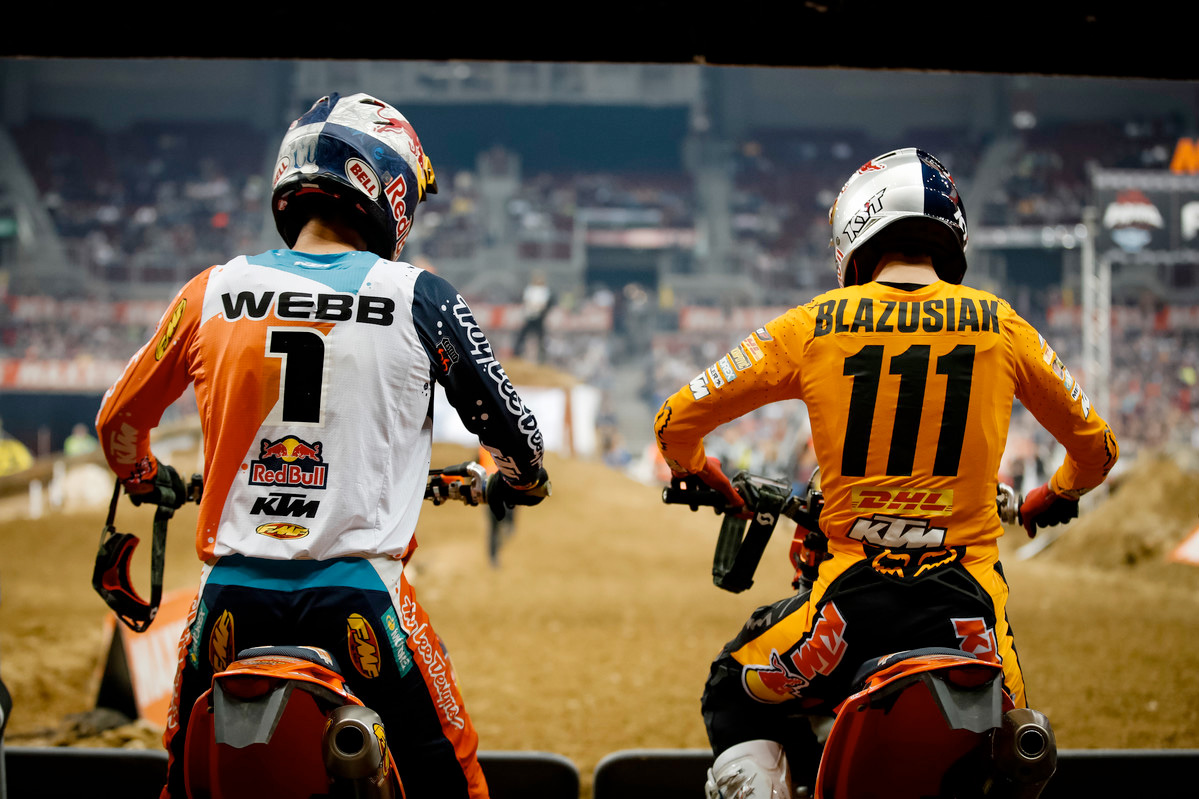 Blazusiak and Webb went 1-2 for he night. Photo:Future7Media
Rockstar Energy Husqvarna Factory Racing‰Ûªs Colton Haaker kept his championship lead intact with third overall, the two-time world champion will head to the final round of the season with a healthy 12-point advantage at the top of the standings.

‰ÛÏIt‰Ûªs been a really close battle out on track all night," Haaker said. "Overall, it‰Ûªs been a good clean night of racing and although I lost a couple of points in the championship, I‰Ûªve still got the red plate with a 12-point lead heading into the final round in Spain.‰Û 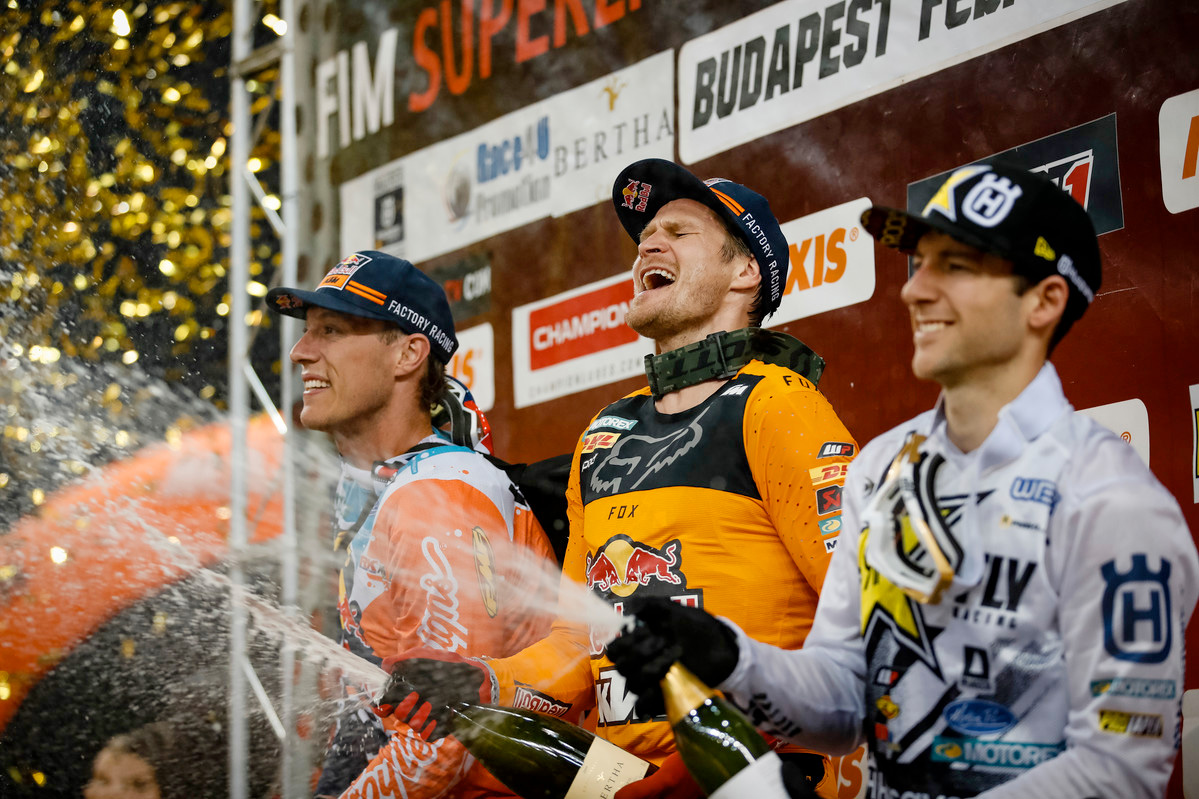