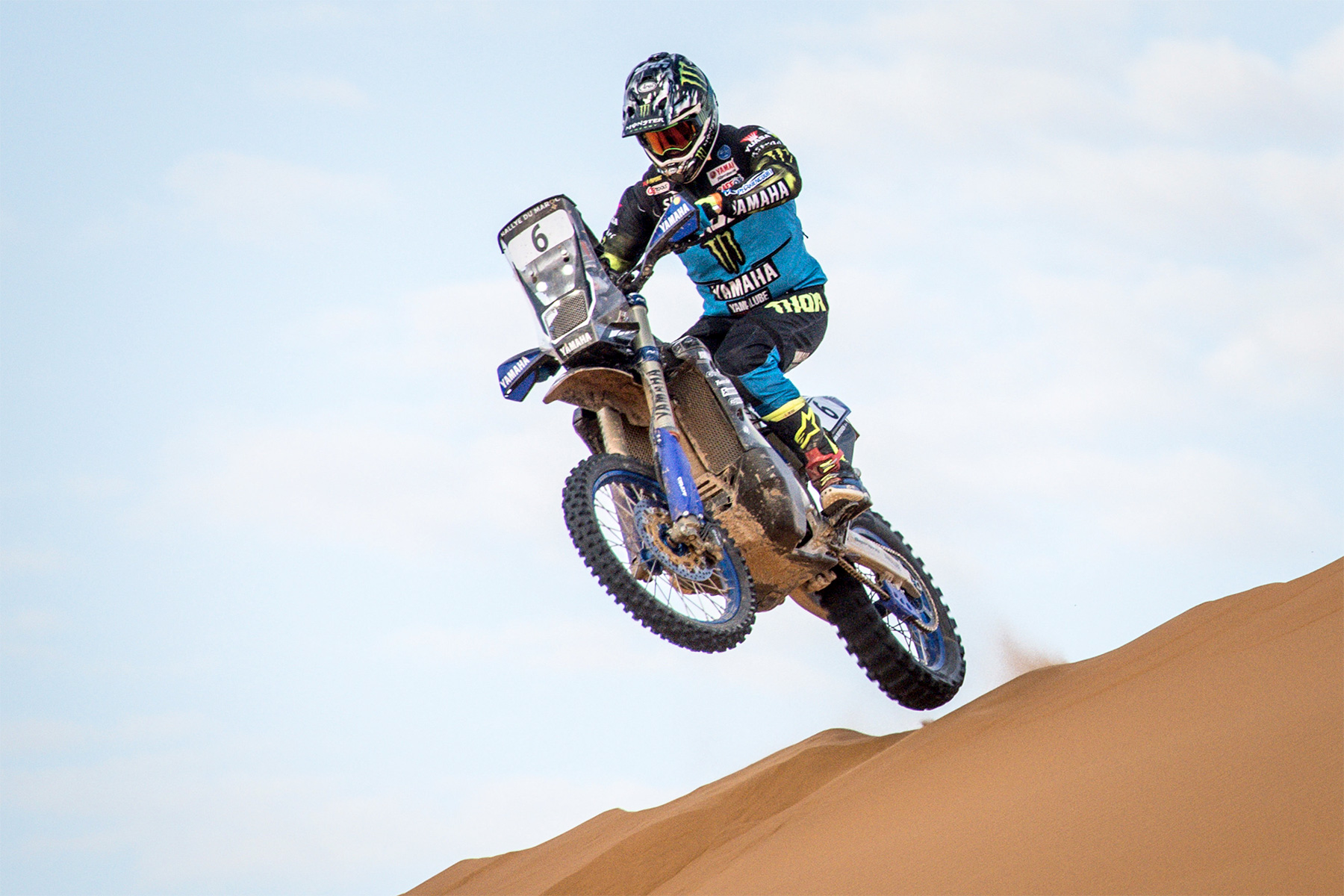 With Adrien Van Beveren collecting a solid sixth place result in the final standings and Xavier de Soultrait showing improved pace throughout the event in Africa, the team are now ready to enter the final part of their preparations ahead of next January's Dakar.

Playing host to the final round of the 2018 FIM Cross-Country Rallies World Championship, the 2018 Morocco Rally saw the elite of international rally racers battle for success for six consecutive days on widely varied terrain. From enduro-styled technical sections to fast gravel tracks and sandy dunes, this year's Morocco Rally was a true challenge for men and machines.

Improving his race pace as the rally progressed, Adrien Van Beveren was in a position to be fighting for the top-three in the closing stages of the rally. With his best individual stage coming on the penultimate day, Adrien collected a strong fourth place result on stage four.

For the first time since my crash during the previous Dakar, this week I felt I could race at the same level as my fastest competitors.

"It's been a challenging rally with tricky navigation and many treacherous parts. There were lots of stony trails and fast sections and I opted not to take many risks," Van Beveren explained.

"Overall, I am really happy I could control my pace and be fast whenever I wanted to. The last two stages have been my best at this rally. On the penultimate stage I was battling for a top-three result, but I was the first to arrive at the spot where Franco had crashed. I stayed there for almost one-hour until the helicopter arrived. I want to wish him a speedy recovery and I hope he's back racing with us soon.

"It's also been an honour to race alongside Eric de Seynes and StÌ©phane Peterhansel, who were competing in the SSV class with the new YXZ1000R. There's a great spirit within the Yamaha team and it feels great to be part of this big family," Van Beveren concluded. 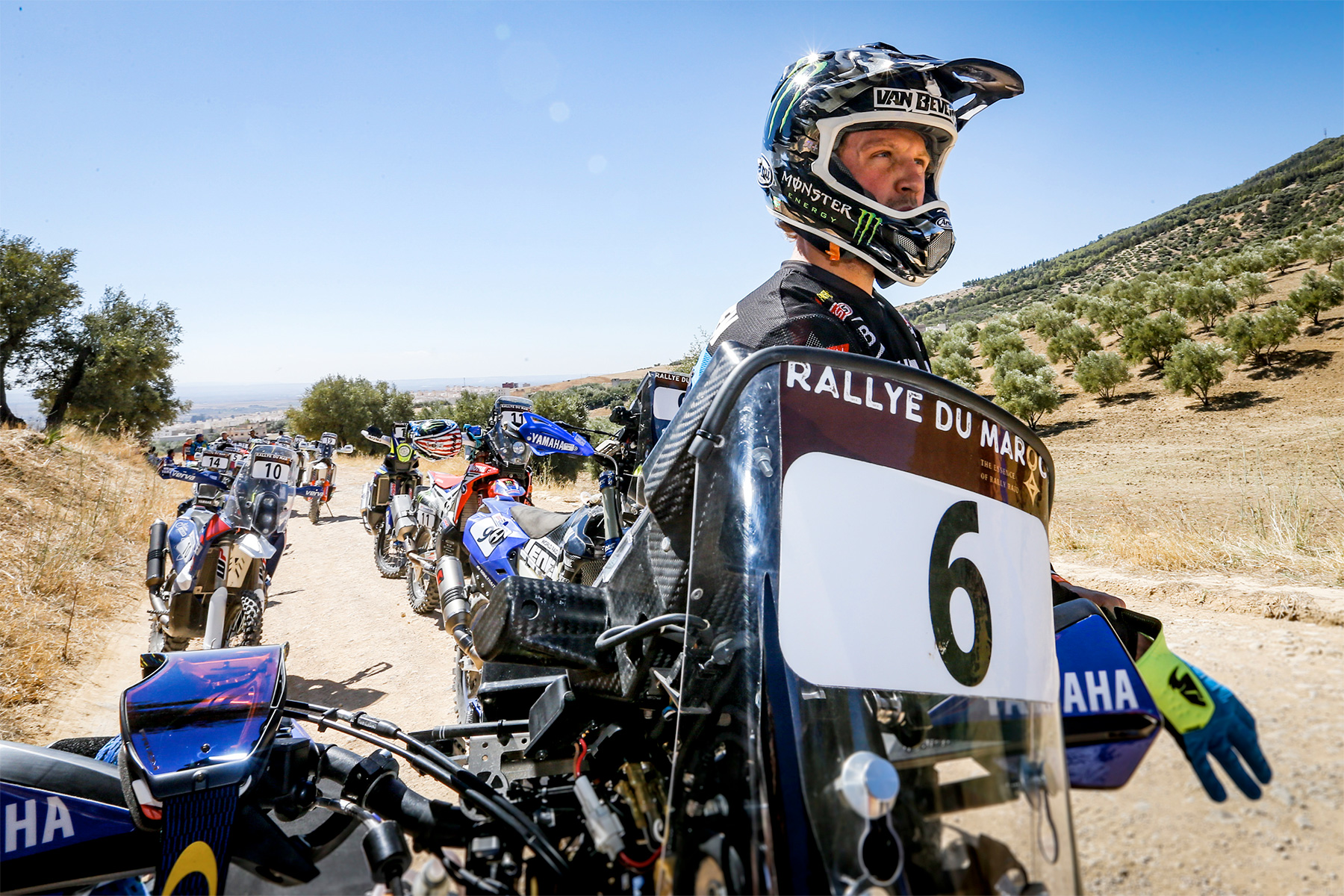 Adrien Van Beveren ready for another hard day in the desert. Photo: Yamaha Racing
Battling through the rally's challenging navigation, Xavier de Soultrait was placed as high as sixth overall before the event's penultimate stage. Suffering a small technical issue on the final stage, the Frenchman was unable to finish the rally.

"The Morocco Rally was an event we couldn't have missed. It's been a tough week of racing in Africa, but I feel like I've learned a lot and improved during this race," de Soultrait said. 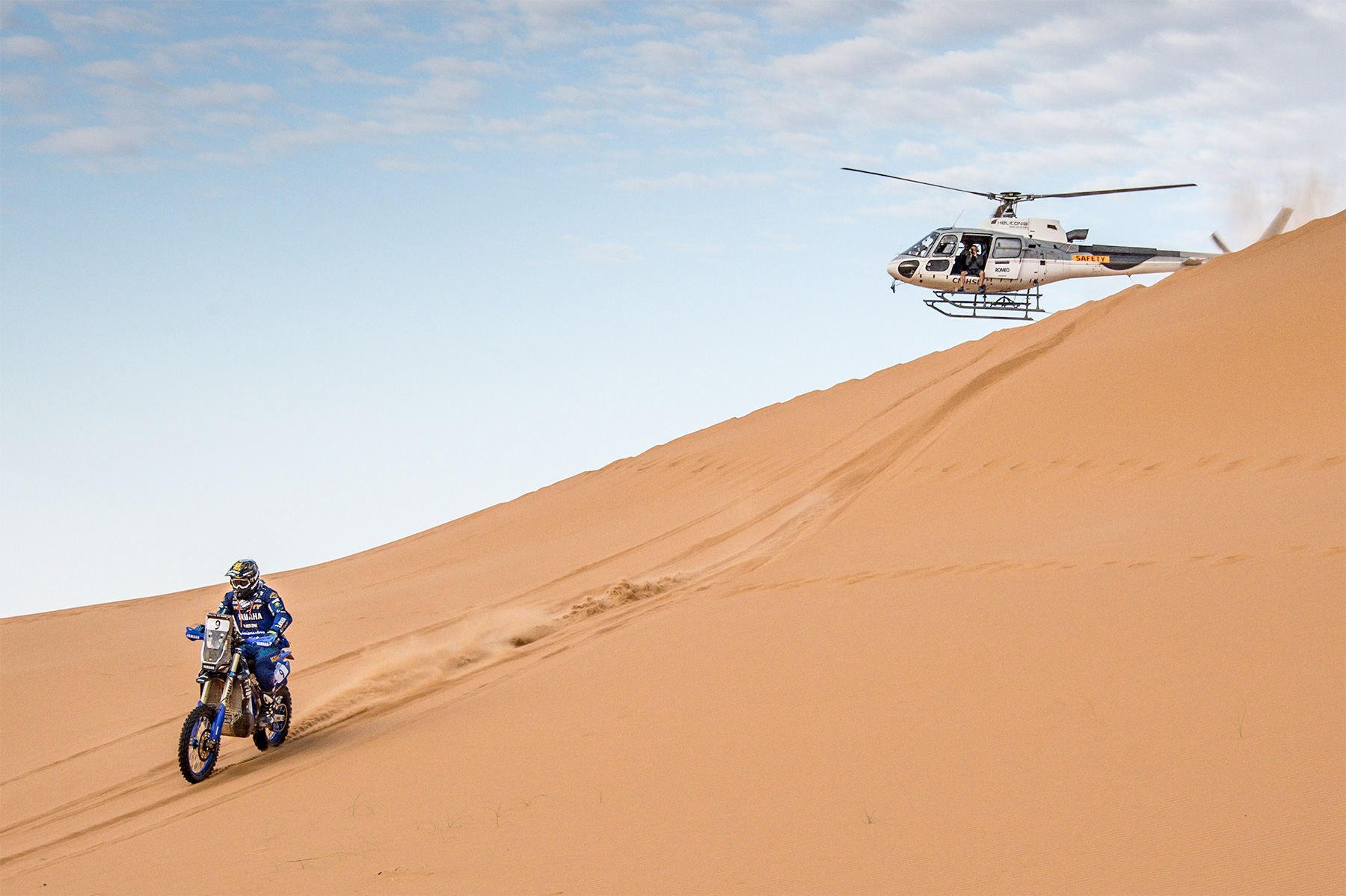 Xavier de Soultrait was a DNF due to a small technical issue. Photo: Yamaha Racing
"With my team we opted to test some new solutions on my bike. We now have good feedback that we can further analyse ahead of the coming Dakar. I am happy with where I'm at right now. I've worked hard to get back to fitness following my injury in the beginning of the year and now I am looking forward to enter this last part of my preparation for the Dakar in January. I want to wish my friend Franco a quick recovery. We have a strong team spirit and we all wish to see him back racing with us soon." 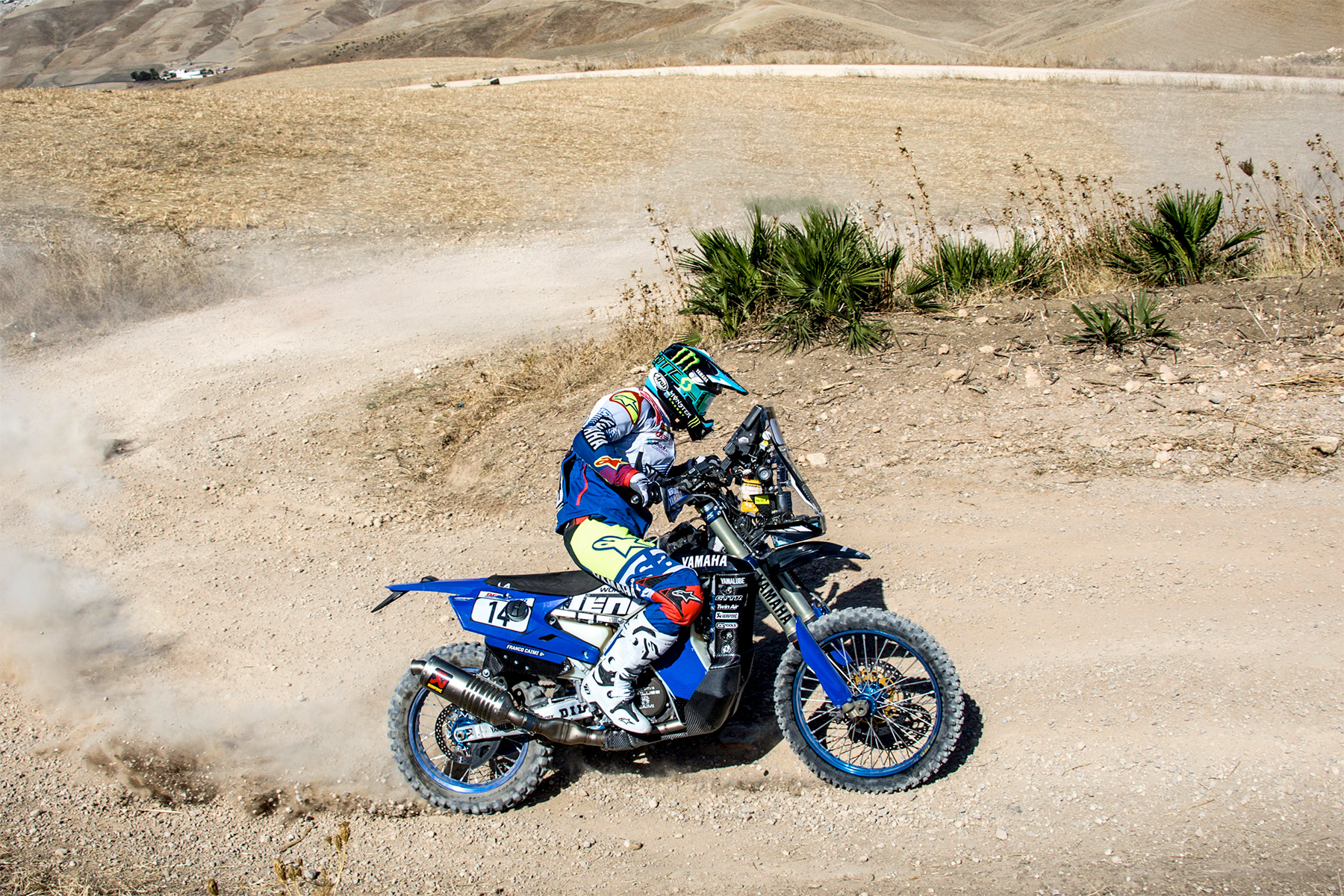 Franco Caimi started the Rally with the front runners but a broken leg ended his Rally. Photo: Yamaha Racing
Seeing his recent hard work pay off, Franco Caimi went head-to-head with the event frontrunners during this year's Morocco Rally. Fighting for the top-three in the overall standings, Franco was frustratingly forced to abandon the race following a crash on stage four. Sustaining a fracture to his right femur, he will be operated on in the coming days, in Barcelona, Spain.

"There's really not much to say at the moment. I've been having a nearly perfect race until the crash," Caimi lamented. "I felt really strong and my goal was to be inside the top-three at the finish. The medical team here at the hospital in Morocco are getting some lasts tests to allow me to fly back to Europe. In the coming days I will have my leg operated on in Barcelona and then I will head back home to begin my rehabilitation. It's a bummer to end the season like this, but I will do my best to recover as quickly as possible."

Collecting valuable feedback from their week-long adventure in Morocco, the Yamalube Yamaha Official Rally Team will continue working hard with the ultimate goal to return even stronger to the upcoming Dakar Rally, which takes place in Peru on January 6-17, 2019. 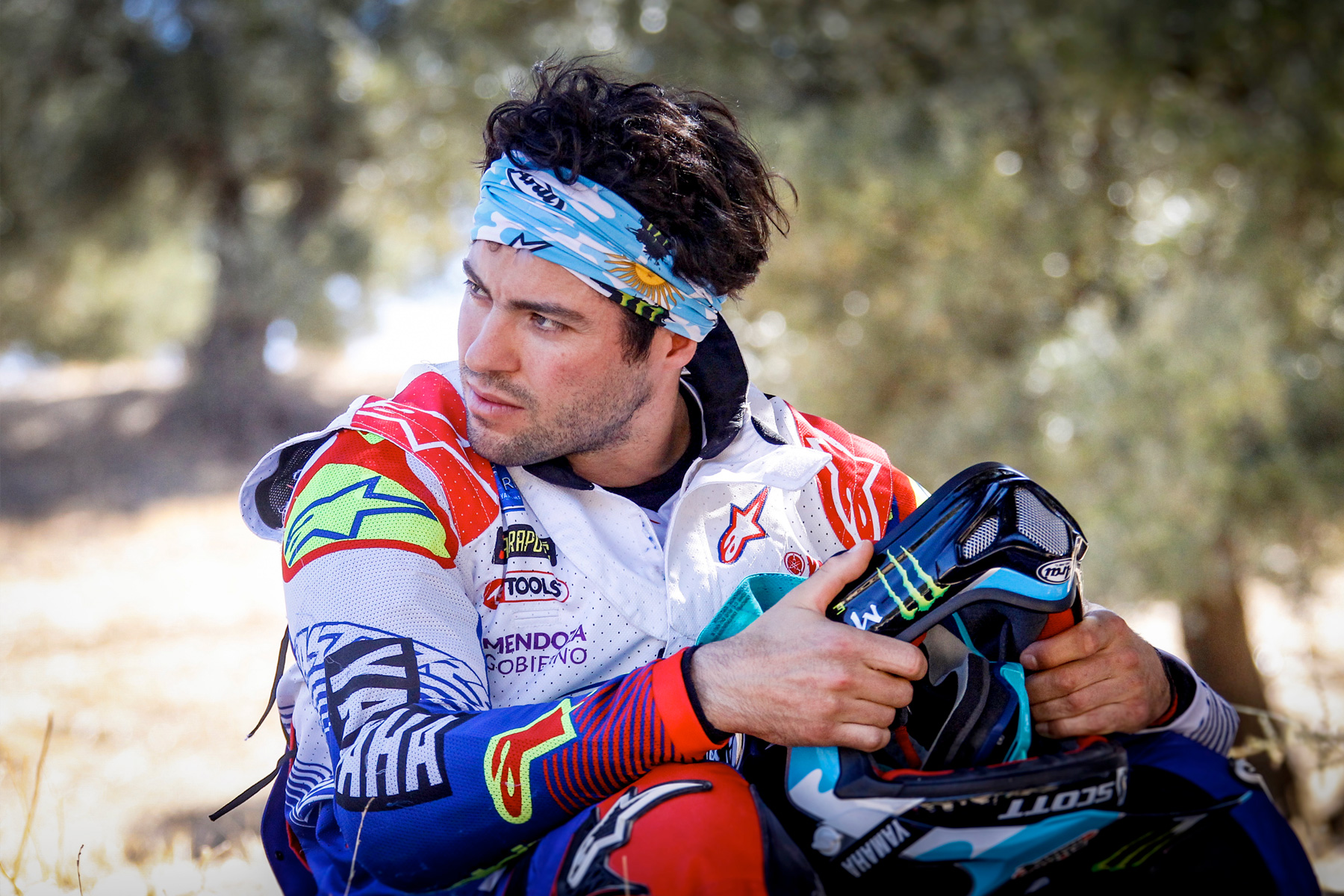