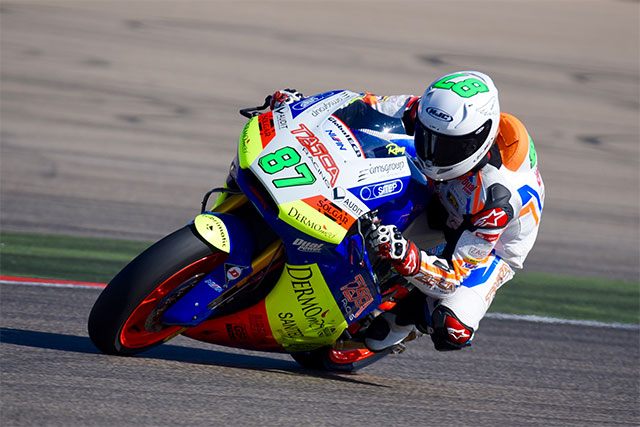 Australian Remy Gardner can head to Motegi in Japan for the next round of the Moto2 World Championship after another strong performance in today's AragonGP at the Motorland Aragon circuit near Alcaniz in Spain.

The circuit, one of the longest on the calendar always produces great racing and today's 21 lap race, the penultimate in Europe this year was no exception with Gardner battling hard from start to finish to finish a very credible 19th at the flag.

Running close to the top fifteen throughout practice, Remy was caught out in qualifying, unable to get a clear lap which meant an eighth row start, but in typical Gardner fashion, he was soon carving his way through the field, moving into the top twenty at the end of lap two.

A race long, six rider fight ensued with the number 87 able to mix it in the group that at one stage in the race was right on the back of the point scoring riders. 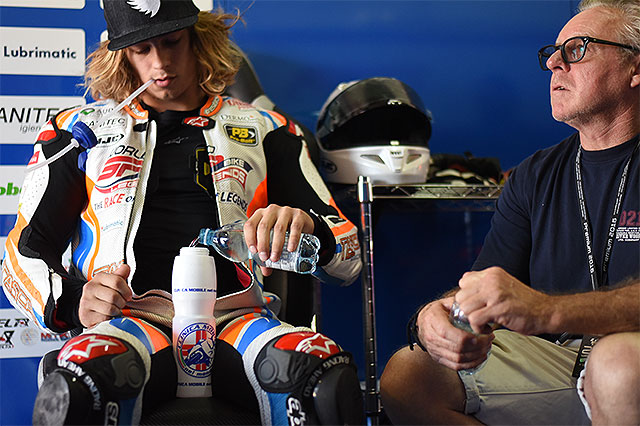 Remy Gardner and his father Wayne Gardner
"I wanted a little bit more but it wasn't too bad in the end," Gardner said. "The poor qualifying cost us points today so we need to work on that in the final four races.

"I knew it would be a tough race and I got held up a bit by a couple of slower riders and couldn't bridge the gap to the next group. When I did catch them I'd burned the tyre and I had to push real hard to stay with them. It was a good fair race, consistent lap times and had a pretty nice final lap fight with Julian Simon. We passed each other about four times and it was good clean racing.

"I definitely wanted points this weekend but that's racing. We are testing some things tomorrow that should give us some more speed which we need but all in all I am quite happy with what we achieved today. Thanks to the team, see you all in Japan!"

Looking ahead to the final four races that includes the three back to back fly away races Gardner is optimistic of finishing the season in style before he starts a new challenge with Tech3 Racing in 2017.