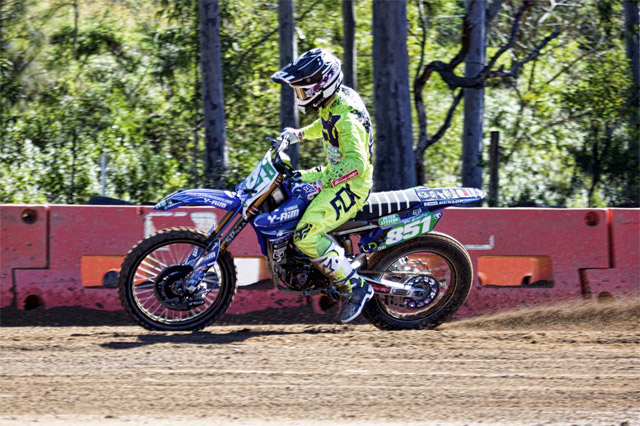 Victor Harbor will this weekend play host to the 2016 Traegers Earth Moving and Transport South Australian Dirt Track Championship, facilitated by the Mud N Tars Motorcycle Club with riders of all ages converging on the southern fleurieu for the state title event.

Competitors from across the state and as far as Victoria and NSW are set to compete across 21 categories in addition to the 50cc demonstration class for the youngest riders at the event.

The event will see in excess of 100 bikes do battle around the 420 metre ‰Û÷Day Road Dirt Track‰Ûª. A variety of riders, aged from 7 years old through to the Veterans class for riders aged over 40 will compete across four heat races with the overall points leader determined as the State Champion in their relevant class.

Victor Harbor local, Ty Lynch is a former Australian Dirt Track Champion across multiple categories and in 2016, has already claimed second in the Pro 250 National title and third in the Under 19‰Ûªs category. Lynch goes into this weekend as one of the hot favourites in the four categories he is contesting, including both the Pro 250 and Under 19‰Ûªs events and despite the busy program, is hoping that his home track knowledge will bring him out on top at the end of the weekend.

‰ÛÏLiving five minutes from the track, I‰Ûªve been able to get plenty of experience over time at the Day Road Dirt Track. We had good run at the Australian titles this year, coming away with a pair of podium results. With that, I‰Ûªm feeling confident with our bike setup and our whole team morale heading this weekend. I‰Ûªll be hoping to defend my state titles this year and come away with more silverware from the weekend,‰Û