Chad Reed Moves Into Second In Points With Another Podium Performance 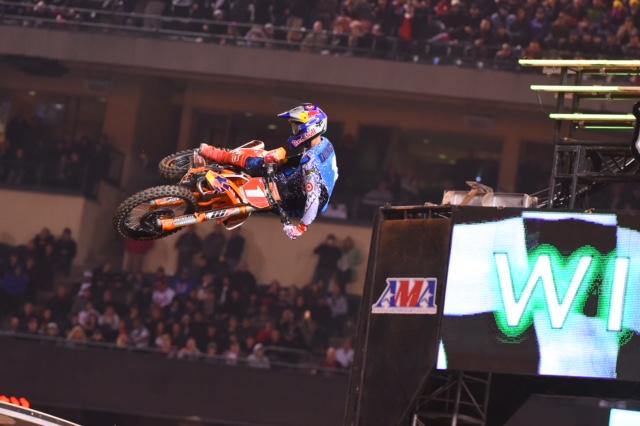 Monster Energy Kawasaki's Eli Tomac also passed Millsaps on the following lap for third place. On the last lap of the race, Tomac went down while applying pressure on Reed for second and gave the number-two position to RCH Soaring Eagle/Jimmy John's/Suzuki Factory Racing's Ken Roczen.

Dugey's win marked the 24th of his career and he extended his points lead to 13. For the second consecutive week Reed finished in the runner-up spot, and for the first time this year Roczen finished on the podium with a third place.

"I had to charge the first five laps," said Dungey. "Chad [Reed] was on it tonight, and I know he wanted to get his ninth win here in Anaheim."

Reed is now tied with Larry Ward for third on the all-time 450SX Class start list with 188.

"I keep telling myself that I should appreciate second-place finishes, but I am a competitor," said Reed. "I wanted my ninth win in Anaheim tonight, but we will keep pushing."

Fellow Australian Lawson Bopping put himself back on the map at A2, qualifying in 17th position aboard his DPH backed Yamaha.

Missing a direct transfer through to the nights main event via both his heat and semi races, Bopping showed great pace in the LCQ working his way up to second position to comfortably make his second main event of 2016.

After being forced off track in the first turn at the start of the main event, Bopping raced forward during the race after re-entering the track in 22nd position and finished the main event in 18th. 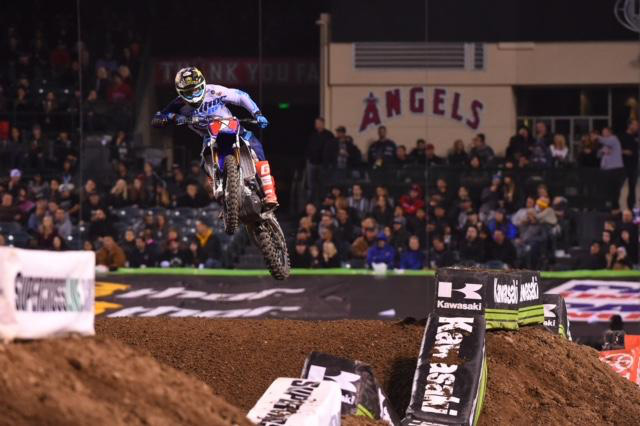 On the opening lap GEICO Honda's Christian Craig, who won his Heat Race earlier in the evening, passed Savatgy for the lead. Webb, who won the previous two races this season, was fifth at the end of the opening lap.

Rockstar Energy Husqvarna Factory Racing's Zach Osborne held down the number-three position as Webb worked his way into fourth place. The following lap, Webb advanced to third, and advanced into second place after Savtagy, who was riding in second place, crashed.

By the end of Lap 7, Webb moved within striking distance of Craig and a heated battled ensued. Craig and Webb traded places over the next several laps before Webb made a pass stick on Lap 10 and rode to victory. Shortly after Webb passed Craig, Osborne followed suit and moved into second place.

Webb became the first rider in history to win four straight races in Anaheim, dating back to last year.

"It was an awesome race," said Webb. "Once we (Webb and Craig) started battling, it was a fun race. It felt like we traded places like 10 times. I struggled all day and made some changes coming into tonight's Main Event, and it worked out."

Osborne finished second and Craig finished third, the best finish of his career.

It was a solid opening event performance for Australia's Luke Clout as he qualified in 15th position in his first every AMA Supercross 250 event. Riding for the Dirt Candy Factory backed Suzuki team, Clout struggled in his heat race before bouncing back to win the LCQ, ahead of fellow Australian, Hayden Mellross.

Clout, starting from an outside gate started the main event near the rear of the field but worked hard to work his way through to a very fine 14th place race finish.

Mellross's night followed much in the same vain as Clout's with the 51Fifty Energy Drink Yamaha rider qualifying in 25th before running into trouble in the first turn of his heat race, going down hard in the tricky first turn and injured his hand in the process.

As mentioned above Mellross bounced back to finish second in the LCQ before pushing on through the pain of his injury to finish the nights main event in 17th position and now sits 16th in the championship standings. 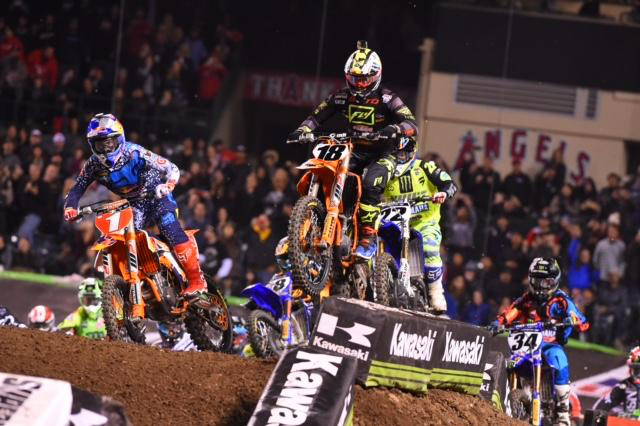 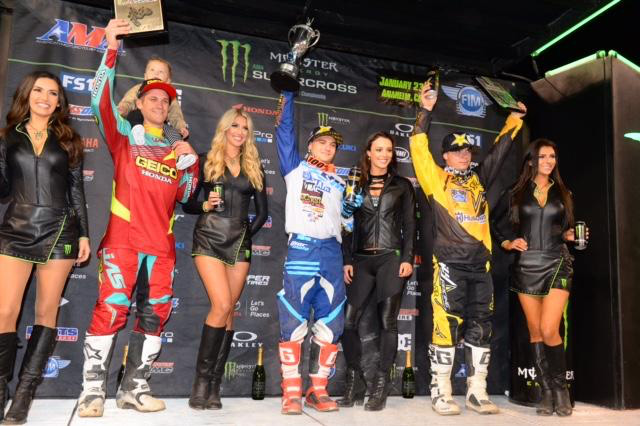