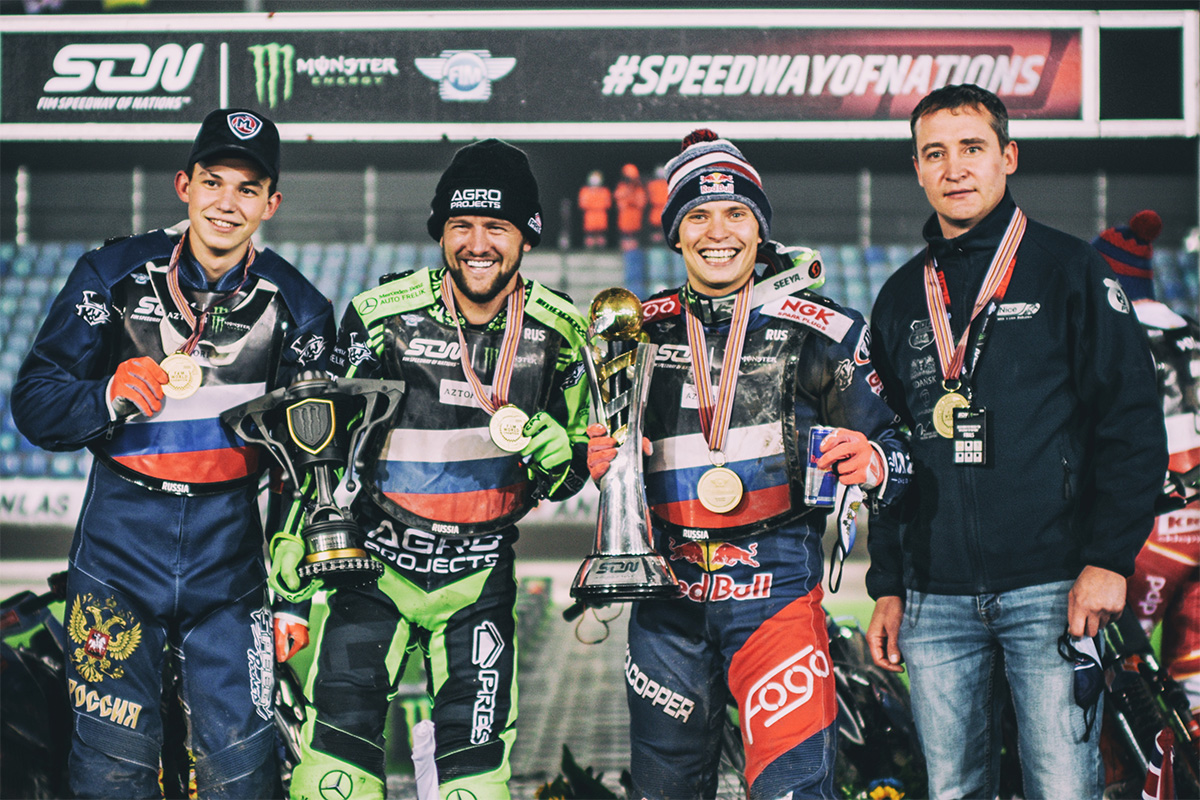 The Salavat-born star skippered Russia to glory in 2018 and 2019, and the world champions retained their title in a rain-curtailed Final in Lublin.

Racing was halted after 15 heats due to track conditions, but the scores were counted at the conclusion of race 14, when all seven countries had contested four heats apiece.

While Russia tied on 23 with hosts Poland, the defending champions got the gold medals after winning their head-to-head battle in heat eight, when Artem Laguta rounded Polish star Szymon Wozniak to seal a Russian 5-4 advantage.

That ride wasn‰Ûªt the only decisive moment, as Sayfutdinov roared to the front in heat 13 to restrict Australia to a 5-4 race win. The Leszno star breathed in and squeezed through a seemingly impossible gap between Aussie captain Jason Doyle and the fast-approaching fence to take the lead.

It was a golden moment for Sayfutdinov, who scored 15 points, but he admits he didn‰Ûªt have the best view of the action.

‰ÛÏI couldn‰Ûªt see where I was going coming into the corner. The rain was coming into my goggles," Sayfutdinov said.

‰ÛÏThere was a lot of material on the outside, but I got speed there and I just saw Doyle going straight to the fence. I found a little room and I passed him. I am really happy to have done it, stayed safe and got some good points.‰Û