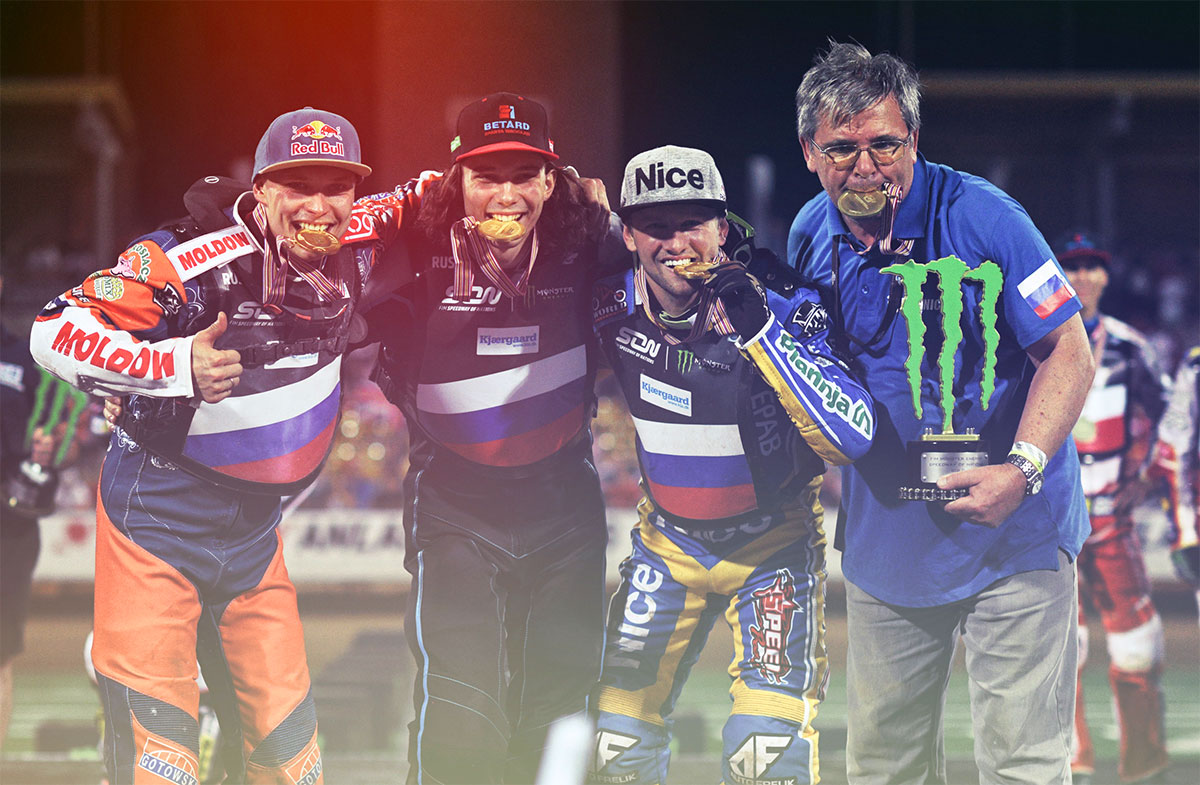 Sayfutdinov and partner Artem Laguta made history as they saw off Great Britain pair Tai Woffinden and Robert Lambert in the Grand Final to win Russia‰Ûªs first senior world title of any kind on the shale ‰ÛÒ individual or team.

Despite GB topping the scorechart over two days to finish on 46 points, Russia ‰ÛÒ who were just one short ‰ÛÒ saw off Poland in the final qualifier to take their place alongside the Lions in the battle for gold.

And despite Woffinden winning the race, Laguta and Sayfutdinov filled the minor places needed to make history.

But the former world No.3 has no intention of stopping there and is now targeting the nation‰Ûªs first world individual title in the FIM Speedway Grand Prix series.

‰ÛÏBut this is a great feeling ‰ÛÒ unbelievable. We did it ‰ÛÒ we made history for Russia and we have to thank our Russian fans and also our Polish fans who support us. We have Polish sponsors who help us too. We have made history and it is an amazing feeling.

‰ÛÏThis meeting was so tough over two days for me. Artem scored good points, even today he made some mistakes with the setup, but he was still good.

‰ÛÏFor me, Saturday was everything I worked for. After Friday, we needed to change the bike setups. I have to say thank you to my team who worked really hard and helped me. They‰Ûªre a good team. I am so, so happy.‰Û