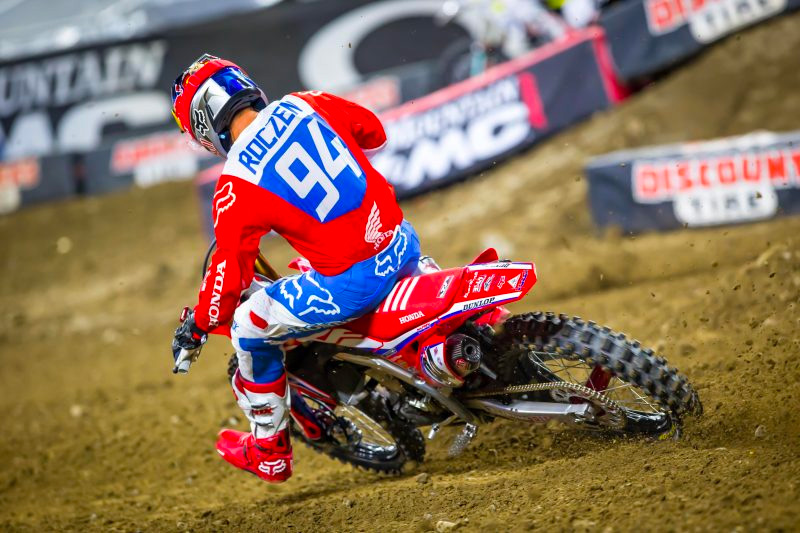 With the Flu hounding him, Ken Roczen was happy to walk away with 4th and remain 2nd in the championship.
Round eight of the Monster Energy AMA Supercross series at Detroit‰Ûªs Ford Field played host to the second of three Triple Crown races, and Team Honda HRC‰Ûªs Ken Roczen overcame flu symptoms to notch a fourth-overall score via a consistent 5-6-5 race tally.

In the night‰Ûªs first race, Roczen got a poor jump out of the gate and was pinched off heading down the start-straight, shuffling him to the middle of the pack. He made some quick passes, coming around in ninth after the opening lap. Roczen continued his charge forward, working his way into fourth by lap six. Unfortunately, a few laps later a mistake caused him to relinquish one position and take the checkered flag in fifth. 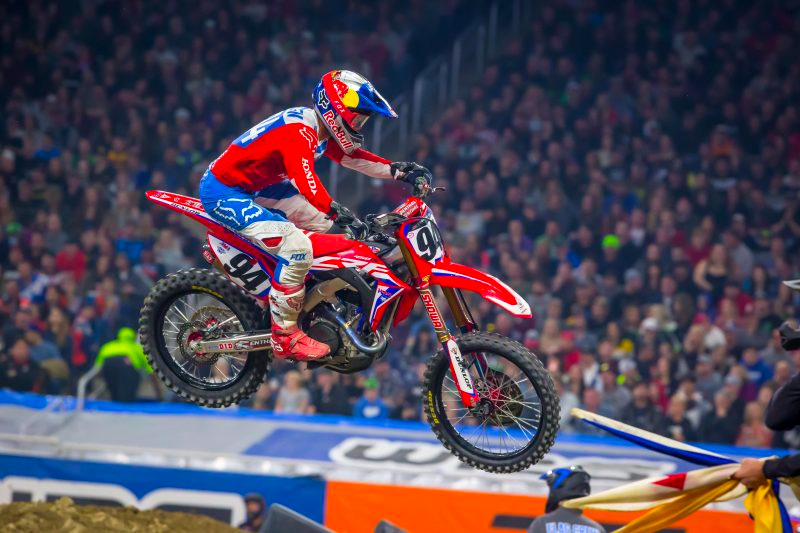 Roczen went 5-6-5 for fourth overall.
The German struggled off the start again in the second race and came around the first turn 10th. Roczen worked to salvage as many positions as possible, making his way into sixth during the 17-lap race. When the gate dropped on the night‰Ûªs final 450SX race, Roczen launched his CRF450R to a seventh-place start. He struggled to make the passes needed to quickly get him to the front of the pack, fighting the exhaustion that had set in due to his sickness, but he eventually overtook several riders before settling into fifth.

‰ÛÏI‰Ûªm glad tonight is over. We were just one point away from another podium, so that sucks but overall I‰Ûªm still happy," Roczen said. "I‰Ûªve been fighting the flu all week, so my body didn‰Ûªt feel up to par tonight. My focus the entire night just wasn‰Ûªt there, and I was uncomfortable. I just wanted to minimize the damage, and I think we did that with a fourth. We‰Ûªre still second in the championship and only six points out of the lead. I‰Ûªm looking forward to having a good week and heading to Atlanta strong.‰Û 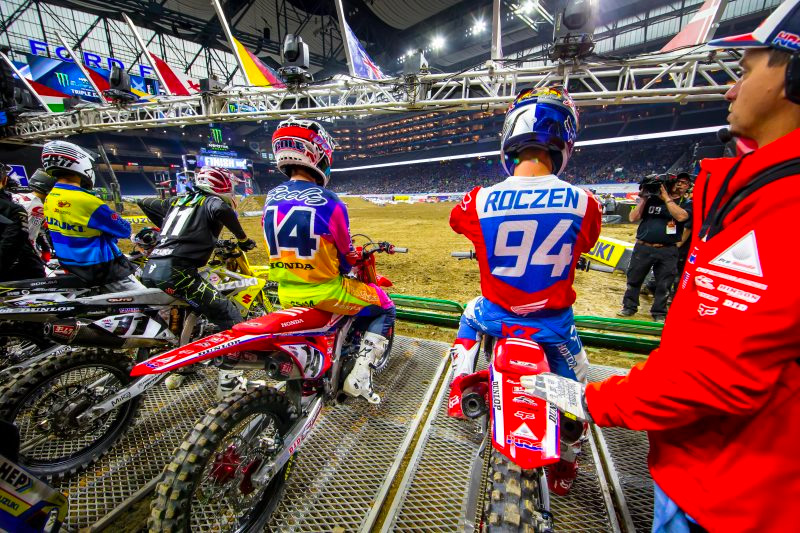 Roczen (94) sits on the gate with team-mate Cole Seely (14)
Team Manager Erik Kehoe, added, ‰ÛÏYou win championships on your bad days, so for Ken to be able to still come away with a solid fourth tonight after being sick all week is great. I know he wanted to be on the podium but we still have half the season, so there‰Ûªs a lot of racing left. Unfortunately.‰Û 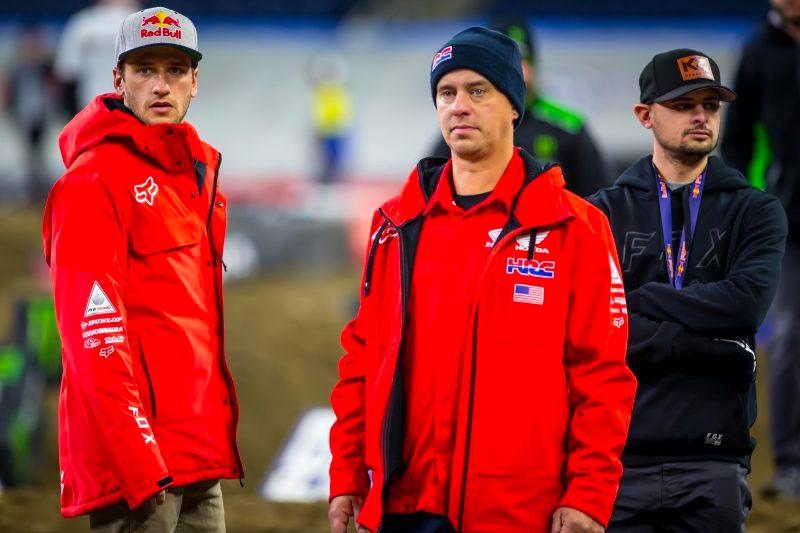