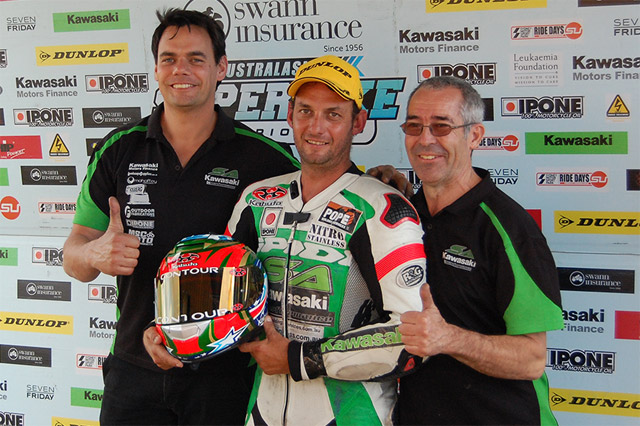 It was a clean sweep for Robbie Bugden who comfortably won all three Superbike races and took out the round overall aboard his SA Kawasaki BCperformance Ninja ZX-10R, extending his championship lead by 32 points.

Flawless was the performance of Bugden, the series leader who came into the Sydney round with some hesitation yet walked away more confident than ever saying,

‰ÛÏIt‰Ûªs been a dream weekend for me. Coming down to Sydney, I know the competition is fast here so I‰Ûªm happy to get one over them. The first race went pretty good, the 2016 Kawasaki Ninja ZX-10R is a great motorcycle and it really is a pleasure to ride. The SA Kawasaki BCperformance team have put a lot of work into it. We have it handling really well and the thing makes a lot of power. In the last race I got the holeshot and I went into the zone so I kept pumping those laps out.‰Û