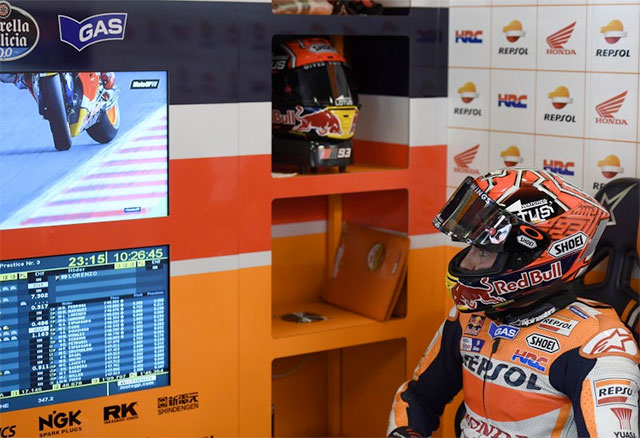 The long summer pause that followed the German GP allowed the Repsol Honda men to take a breath and recharge the batteries to start a busy second half of the season (eight races in 12 weeks before the season-ending Valencian round in November), with Marc Marquez leading the Championship and Dani Pedrosa fourth in the standings.

The MotoGP field will be back in action this weekend in Austria, where the series returns for the first time in 19 years. The circuit was built in 1969 and rebuilt in 1996 before hosting the MotoGP Championship for two years. In 2011 it was reopened as the Red Bull Ring Circuit, and it‰Ûªs now one of five rounds on the calendar to host both the MotoGP and F1 Championships, together with Austin, Catalunya, Silverstone and Sepang.

Marc and Dani had the chance to ride a few laps at the circuit in June aboard the RC213V-S, and both enjoyed its fast and challenging layout and beautiful location.

‰ÛÏThe holidays have been very good because we started the summer break knowing we had worked as well as possible with my team and with Honda in the first part of the season," Marquez said. "I had some time off, resting and relaxing with my friends on the beach. Anyway, a quite hectic and challenging second half of the season is about to begin, requiring our total concentration and a lot of hard work, so I also spent some time preparing myself with cycling and supermotard training.

"Now I really look forward to getting back to racing my bike and to riding again at the Red Bull Ring," the Spaniard stated. "I had the chance to enjoy this amazing track twice, even if I wasn't riding my factory bike and of course I couldn't push as much as I like. It‰Ûªs a circuit that‰Ûªs quite enjoyable; some things about it remind me of Austin in that you have to brake very hard and stop the bike and turn quickly, but then there‰Ûªs the last part that‰Ûªs faster.

"I think it‰Ûªs a good track for the World Championship and I can‰Ûªt wait to ride there with a MotoGP bike. When you approach a weekend at a new circuit, it‰Ûªs different and you have to be able to adapt as quickly as possible. I‰Ûªm also proud to race there because my fan club will join us with many Austrian fans. I‰Ûªm sure we'll have a great weekend and hopefully sunny weather.‰Û 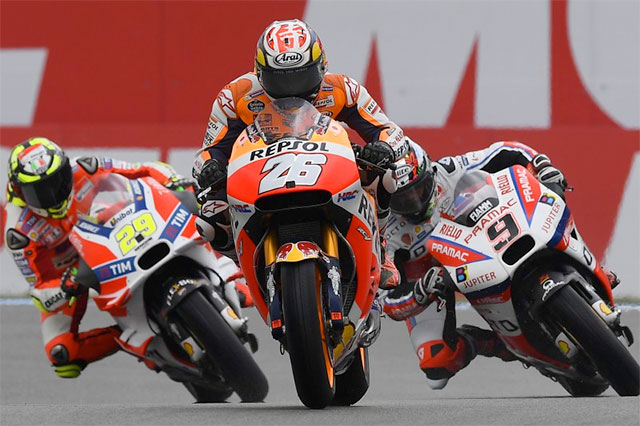 Dani Pedrosa
Dani Pedrosa is also revitalised after the summer break and looking foward to getting back to racing.

‰ÛÏThe chance to spend some time on holiday with my friends has been very good but it‰Ûªs now time to focus again on the work ahead. We went to the Red Bull Ring for some filming last June, and we were able to do a few laps on the RC213V-S, which is quite an amazing and fast bike," Pedrosa shared.

"The circuit is in the middle of the woods, a beautiful place indeed. It‰Ûªs short but it‰Ûªs quite interesting because the width changes a lot so that there are very wide parts and some narrower ones. I would say the hardest thing is that there‰Ûªs only one line and that makes overtaking difficult.

"Anyway there are two or three points at which there‰Ûªs pretty hard braking and where you can overtake because the track is wide. It has a combination of corners that include more right-handers than left-handers, but above all there‰Ûªs a long time where the bike flows a lot. It only stops hard at two corners. It‰Ûªs nice to see how you go up the hill and then back down. It will be interesting racing at a new track and to see how our bike goes there. Hopefully we‰Ûªll be able to do a good job and have a good weekend.‰Û