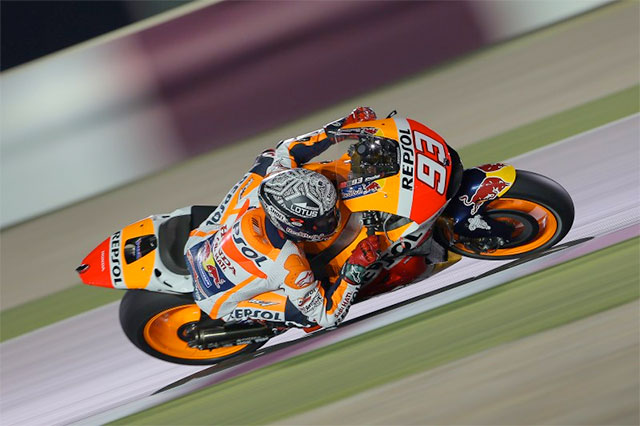 The Repsol Honda Team has arrived in Qatar for the opening race of the 2016 MotoGP World Championship, scheduled to take place March 20 at Losail International Circuit.

This unique event will see MotoGP practice start at 7:55 pm on Thursday, instead of Friday, with the race occurring at 9 pm on Sunday night. The format alone requires a different approach than with normal, daytime races; add in this year‰Ûªs introduction of the unified ECU software, plus Michelin control tyres replacing Bridgestone following a seven-year absence (with Dani Pedrosa as the last to win a MotoGP race with the French tyres, in Catalunya in 2008), and the task for the teams and the riders is even more challenging.

The test that took place at the same venue two weeks ago saw the Repsol Honda Team encounter mixed fortunes, with Marc Marquez experiencing a challenging start to the session but a very positive conclusion, as he set the fourth-best lap time overall and enjoyed a strong long run on the closing day. 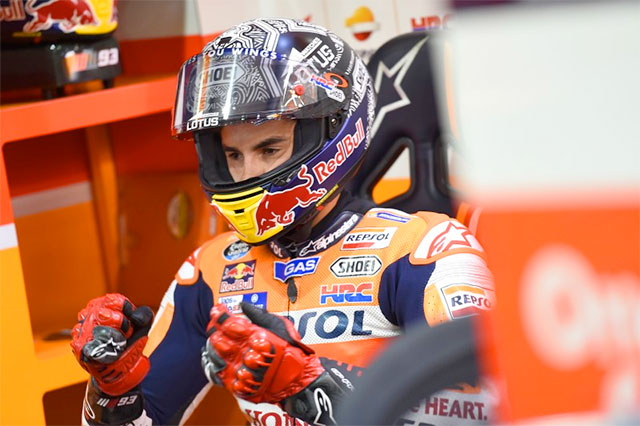 Marc Marquez
"The season is finally about to start, and I‰Ûªm looking forward to it," Marquez said.

"When we came here two weeks ago we did a big step forward with the setup at the very end of the test, and I really felt at ease with the bike, especially in my last run that was quite late in the evening, with the dew already starting to form. That‰Ûªs positive in view of the race, even if we‰Ûªre not yet where we‰Ûªd like to be and still have a margin for improvement with the setup.

"The Losail layout may not be the most favorable of the season for our bike, but in the past we‰Ûªve scored a podium and a win here with the RC213V, so we‰Ûªll fight to get the best result on Sunday. This year there are a few variables that aren‰Ûªt yet completely predictable, such as tyre wear at race distance, for example, and the bike‰Ûªs behavior with the new electronics. Still, Honda never cease to work hard, as is the case for me and the whole team, so I‰Ûªm positive and look forward to the action starting!‰Û 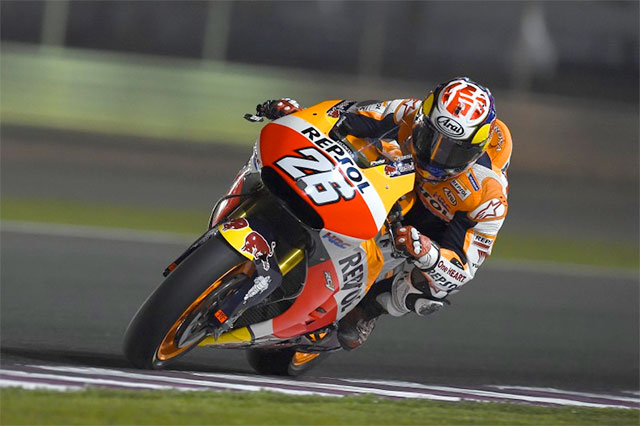 Dani Pedrosa
Unlike Marquez, Dani Pedrosa set his fastest overall time on day two and was unable to improve on that.

"I‰Ûªm going to Qatar with a positive attitude, even if the test we did there wasn't completely satisfactory," Pedrosa said. "We‰Ûªve made some progress with the electronics, but we have to improve further with the chassis setup and make the tyres work better. I expect things to go a little better for us this week compared to the test. We‰Ûªre probably not yet where we‰Ûªd like to be, but it‰Ûªs important to remain positive, especially because with the many changes that have been introduced this year,

"I expect a greater balance among the performances of the riders compared to the past, at least in the beginning. Losail isn‰Ûªt among my favourite tracks, but I‰Ûªve got five podium finishes here so we must stay focused, work to improve our bike setup and be ready to get the most from what we have and from the situation".

In any case, both Marc and Dani are approaching the first race with the same positive attitude, knowing that HRC engineers have continued working in Japan on the data gathered in the test, and that both they and the team are prepared to do their utmost to gain the best possible results on Sunday. 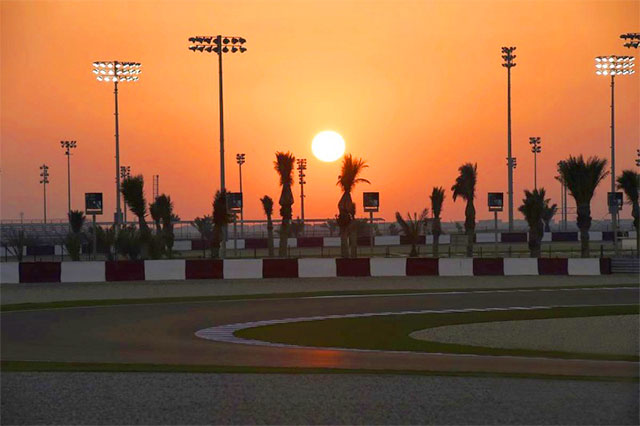