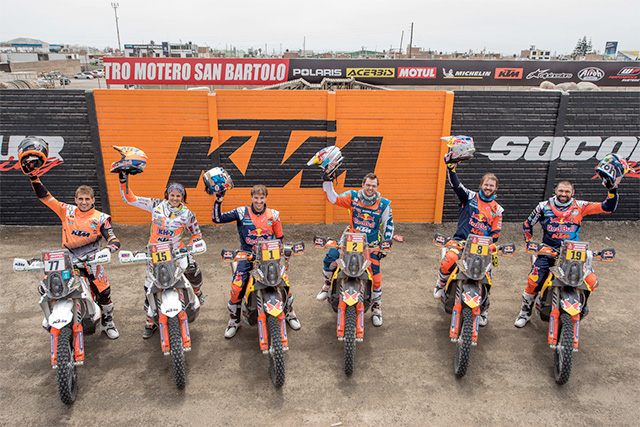 The Red Bull KTM Factory Racing Team have arrived in Peru, South America for the start of the 2018 Dakar Rally.

The motorcycle class has been won by KTM since 2001. From then on, the Austrian manufacturer has finished on the top-step of the podium in all of the last 16 events. Even when the capacity was reduced to 450cc KTM has continued to dominate, and for 2018 both the team and riders hope to continue that tradition.

The 2018 Dakar sees the official debut of the new KTM 450 RALLY, following its launch at the EICMA motorcycle show in November 2017. The new bike has proven to be faster, more powerful and yet easier to ride hard than the old model. The bike and riders now face a gruelling 14-stage rally that starts in the dunes of Peru, travels over the mountains of Bolivia before finishing in the tough terrain of Argentina. With the event promising to be one of the most difficult ever, the KTM factory riders are fully prepared and ready to race the world‰Ûªs toughest cross-country rally. 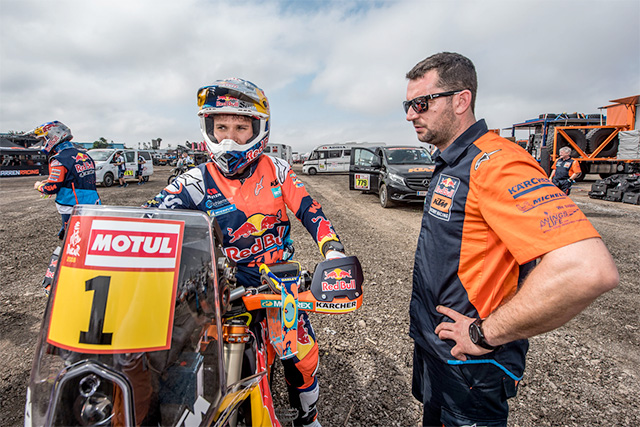 ‰ÛÏI am really looking forward to getting started on Saturday. The 2017 season was good for me, I started off winning the Dakar and then fought for the World Championship right down to the final round in Morocco," Sunderland said.

"I felt good on the bike all year, and the introduction of the new model gives some extra motivation to do well. Starting with the number one plate on my bike does add a little pressure, but I am honoured to have the opportunity to do so. The first five days of the rally are in the dunes of Peru and I really like that kind of terrain. Hopefully I‰Ûªll have a good race and if I can take things fast but steady during that first week I should be in a good position going into Bolivia and then onto the finish in Argentina.‰Û 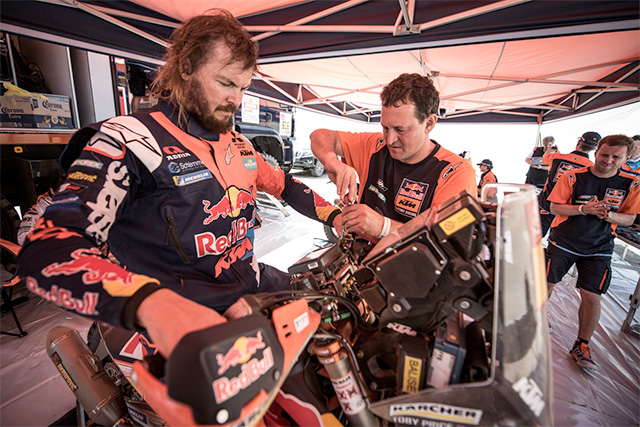 2016 winner Toby Price returns after braking his leg in his title defence in 2016. Credit: PhotosDakar.com
2016 Dakar winner, Toby Price has had a tough 2017 season plagued by the injury he sustained at the beginning of the year. The Australian knows he still has the speed and experience for a good result but is realistic about his chances after having such little bike-time.

‰ÛÏI am really excited for the Dakar 2018. It‰Ûªs going to be difficult for me because I haven‰Ûªt had much time on the bike throughout the whole of last year due to injury," Price said. "Despite that, I‰Ûªm feeling good now and really looking forward to the race. My plan is to take things steady, get to the finish of every stage and see where I am from there. Hopefully my experience will come through and I‰Ûªll soon start feeling more comfortable and be able to push on a little.‰Û