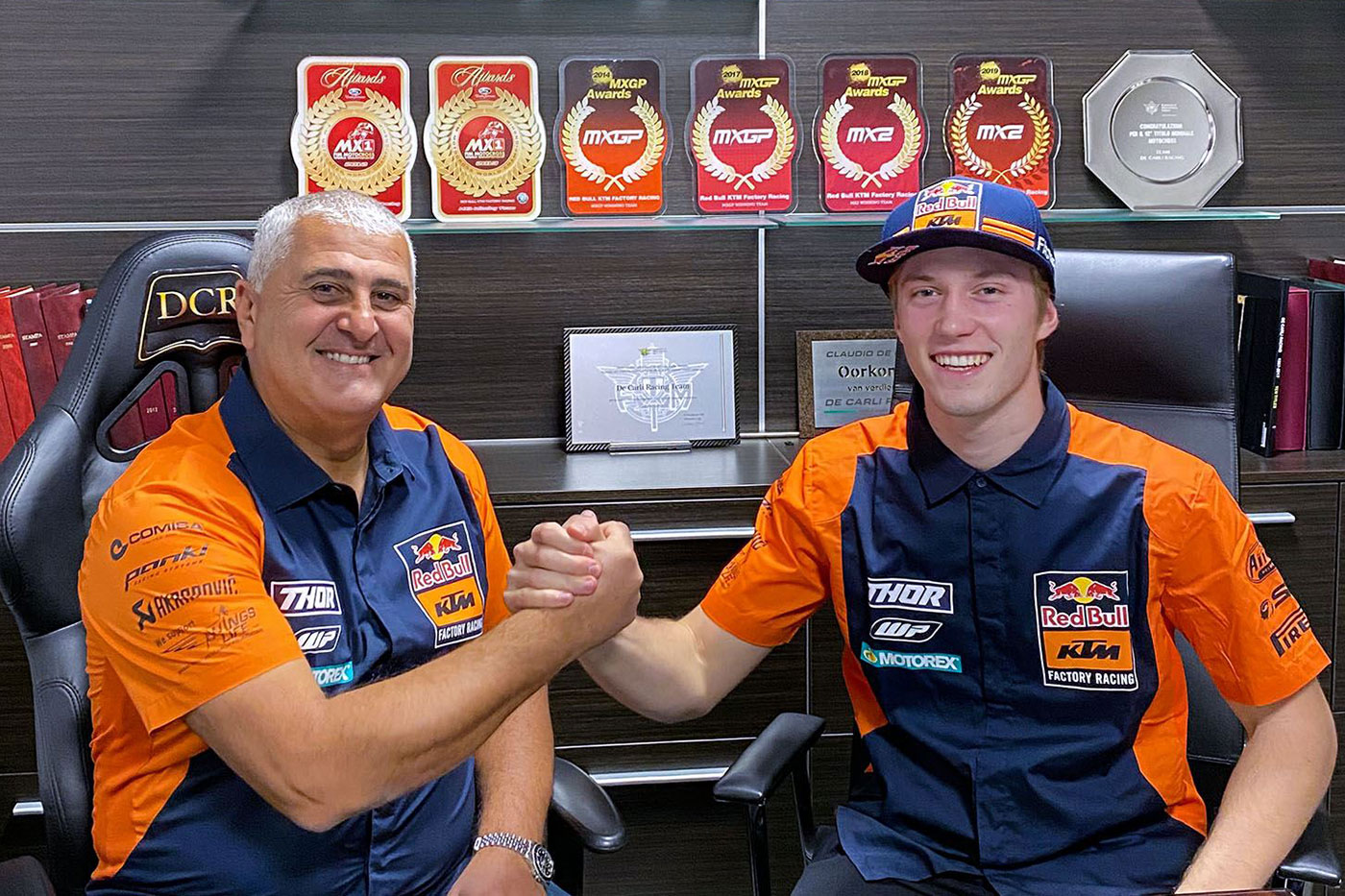 Guadagnini is the 2020 EMX250 European Championship runner-up after owning nine motos in his first season on a 250cc four-stroke machine. He adds the silver medal to the gold he won in 2019 as the FIM World and EMX125 #1 for what was his first major step onto the international stage. .

‰ÛÏFor me this is a dream come true to join the KTM family, especially the De Carli team as I grew up watching Tony‰Ûªs races," Guadagnini said. "I always said ‰Û÷one day I want to be there also and fight in the world championship‰Ûª so the day has come and I‰Ûªm so happy. I like how they work as a big family, spending lots of time together. Also having Tony and Jorge as direct teammates will be awesome. I can learn a lot and I think I have all I need to work on my goals for the future!‰Û