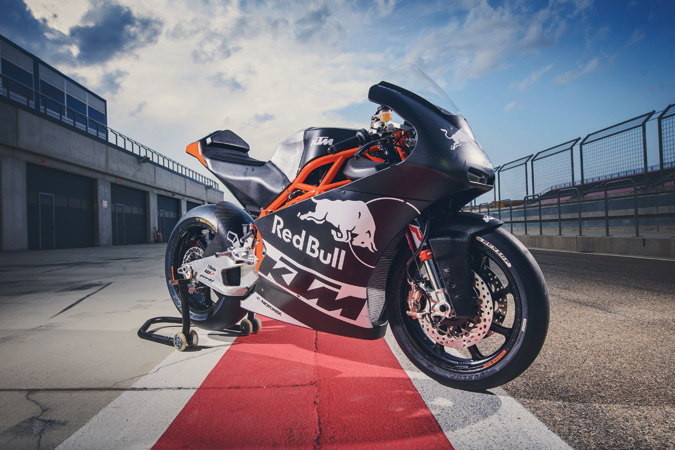 The successful Moto3 structure will participate in next season's Moto2 World Championship with new KTM bike and riders Brad Binder and Miguel Oliveira.

Red Bull KTM Ajo will increase their presence at Grand Prix level in 2017 with a new team in Moto2 and a new KTM bike.

KTM will thus become the first manufacturer to have a presence in all three classes: Moto3, Moto2 and MotoGP. Alongside them as they take this important step, Red Bull KTM Ajo will run riders Brad Binder and Miguel Oliveira in the project.

‰ÛÏWe‰Ûªve now enjoyed five years of successful collaboration with Aki Ajo in Moto3." Pit Beirer, KTM Motorsport Director said. "We are very happy that he and our main sponsor Red Bull are offering us the perfect structure to move into Moto2 so we can have a presence in all classes of Grand Prix Racing in 2017. We see the intermediate class mainly as a platform for keeping riders in the KTM Family, which begins with the Red Bull MotoGP Rookies Cup and will run right through to MotoGP.

"The WP motorsports department has been fully integrated into KTM, and just as it is in Moto3 and MotoGP, the new Moto2 bike is being developed and built completely in-house. Brad Binder has had a very successful season this year and hopefully he will wrap up the championship. Now we‰Ûªre happy that he can step up into the new Moto2 team. Also, we‰Ûªre very pleased to welcome Miguel Oliveira back into the Orange Family after one year in Moto2.‰Û