Red Bull Give Seven Aussies the Chance of A Life Time 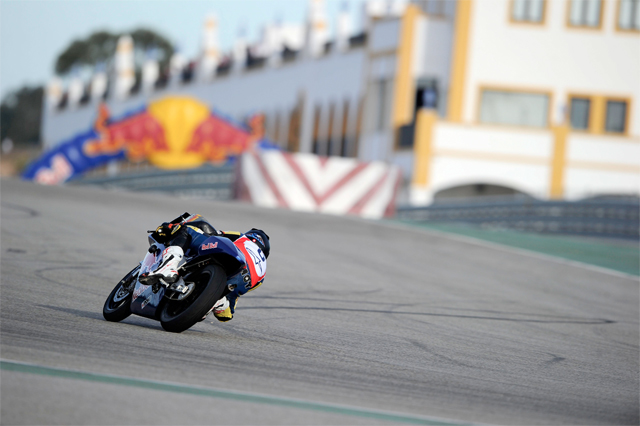 Just three days after ex Rookie Luis Salom seized his seventh Grand Prix win of the season in Malaysia to extend his Moto3 World Championship lead, the next generation of stars assemble at the Monteblanco circuit in Spain in the hope of joining the Red Bull MotoGP Rookies Cup for 2014.

Coming from 27 Nations the 102 teenagers represent the best developing talent. Anyone with high performance motorcycle experience can apply online so it is not only the road racers with dreams that have a chance but also motocrossers and speedway riders etc.

The Selection Event is run over three days with the entry split into two groups, the first for Wednesday October 16th with the second group on track on Thursday.

The best from both are invited back for Friday and at the end of that third day between 10 and 14 will be invited to join those remaining from the 2013 Rookies to make up the full grid for the eighth season of the Rookies Cup in 2014.

In total seven Australian have been selected to take in the first part selection process, with all of them hopeful of following in the footsteps of fellow Aussies to compete in the series including Arthur Sissis and Olly Simpson.

The list of invited riders from the Selection Event will be announced on Friday evening.

Top Image: The next generation of RedBull Rookie starts will head to Spain to gain selection into the 2014 championship
Credit: Supplied (RedBull Content Pool)