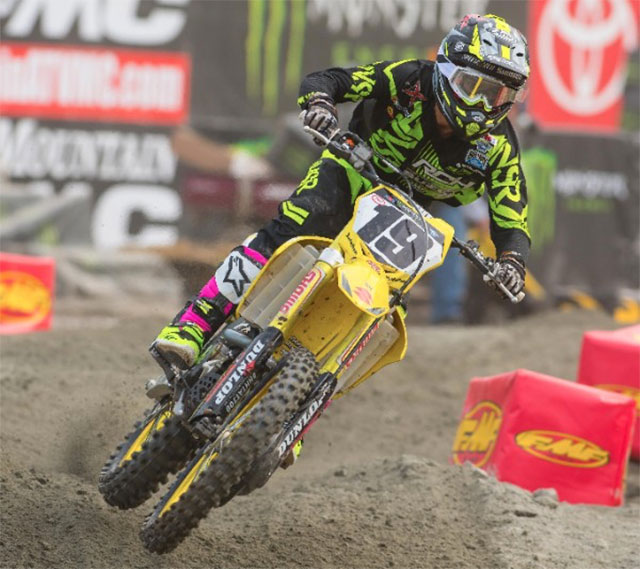 While it may not have been the final result the team was looking for, there were plenty of bright spots for RCH/Yoshimura/Suzuki Factory Racing in Saturday night‰Ûªs Monster Energy AMA Supercross, an FIM World Championship, season opener at Angel Stadium.

Justin Bogle and Broc Tickle finished 12th and 16th, respectively in the series‰Ûª annual opener in Anaheim, but despite not showing as well as they both hoped on the final scorecard, Tickle and Bogle came away from Round 1 with plenty of positives.

Both riders had to race their way into the 450SX main event via their respective semi-finals, where Tickle led every lap and took the checkers in his with Bogle racing at the front of his and logging a runner-up finish.

When the starting gate dropped for the first of 17 events on the 2017 schedule, neither rider was able to put together the start they were hoping for and had to work hard for every position. Over the course of the 20-minute-plus-one-lap main event, Bogle, the newest addition to the RCH stable, steadily made his way forward. When the checkers flew, the Cushing, Okla., native had clawed his way to 12th, and was credited with a solid showing in his first race for the team owned by Carey Hart and Ricky Carmichael.

‰ÛÏIt wasn‰Ûªt the result we were looking for but our Suzuki RM-Z450 was fast and I‰Ûªm happy the first race with my new team is in the books,‰Û 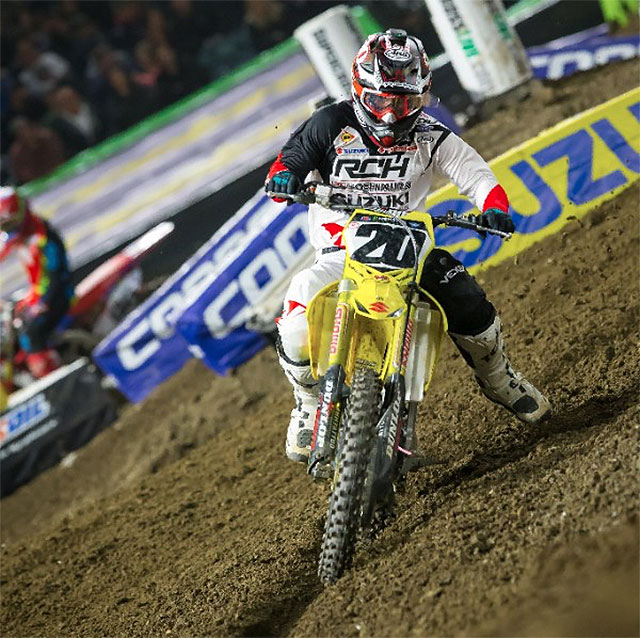 Broc Tickle
Tickle was in position to notch his first top 10 of the season until late-race misfortune found the 27-year-old rider on the ground, leaving him 16th in the final rundown at the end of the night.

‰ÛÏI‰Ûªm pretty happy with the way the season started out Saturday night,‰Û