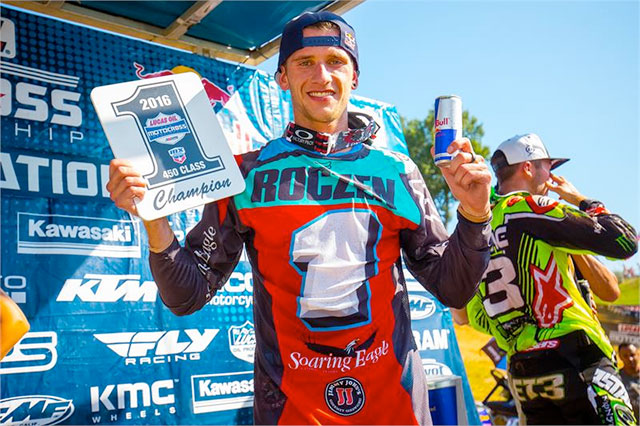 The RCH Soaring Eagle/ Jimmy John‰Ûªs/ Suzuki Factory Racing rider had the mettle to close the deal with a race to spare, giving team owners Carey Hart and Ricky Carmichael their first championship since forming RCH four years ago.

Roczen was the class of the field all weekend. The two-time Pro Motocross Champion was fastest in both of Saturday morning‰Ûªs timed qualifying sessions and when the gate dropped for the first moto, he grabbed the holeshot and never looked back. Roczen stretched his lead to just over 16 seconds, practically making it a foregone conclusion that he‰Ûªd be on top of the box after the first premier class race of the day.

The second moto was much like the first for Roczen and although he just missed grabbing his second holeshot of the day, the rider of the #94 Suzuki RM-Z450 made quick work of the competition and showed the way after just a few corners. For the remainder of the day, he remained on task but his 20-plus second margin of victory put an exclamation point on his second series title.

"Our weekend was amazing," Roczen beamed. "I got the holeshot in the first moto and won that one. In the second moto, I didn‰Ûªt get the greatest start but I snuck around the inside and was able to get to the lead pretty quickly.

"Clinching the championship with a 1-1 performance on the day, you can‰Ûªt ask for anything better. It‰Ûªs truly amazing. I tried not to talk a whole lot about it during the week. Obviously, there was a lot going on leading into this race. I was thinking about accomplishing this big awesome milestone and we finally made it happen. I tried to put it out of my head and just race.‰Û 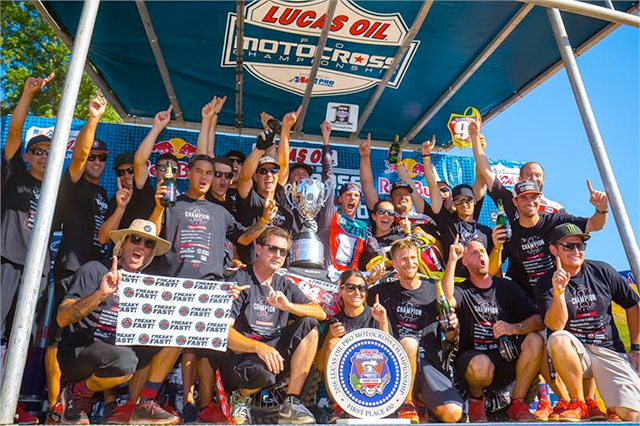 RCH Suzuki Factory Racing‰Ûªs Ken Roczen and his team celebrate
Despite much of the gossip in the paddock area questioning Roczen‰Ûªs decision to leave a factory team following his 2014 Pro Motocross championship, the 22-year-old German‰Ûªs decision was clearly validated with a dominant 2016 campaign. 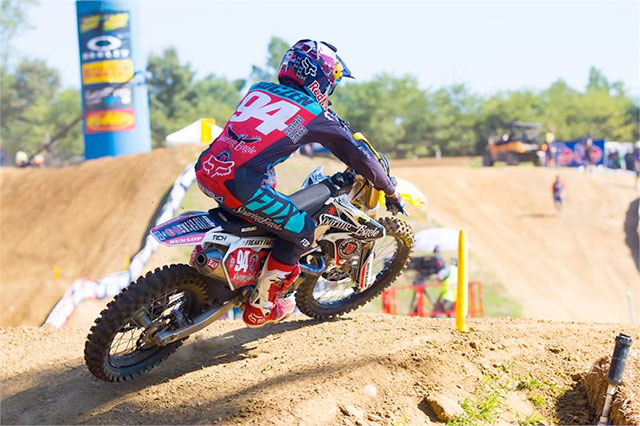 Ken Roczen on the way to his second AMA Motocross Title
At the same time, Carmichael becomes the first former professional rider to earn championship honours as a team owner. This season also marks the first time a privately-owned team has won a 450 Class outdoor championship.

‰ÛÏSeveral years ago when I asked Carey (Hart) if he‰Ûªd be interested in coming together in a race team, our goals from day one were winning races and championships,‰Û 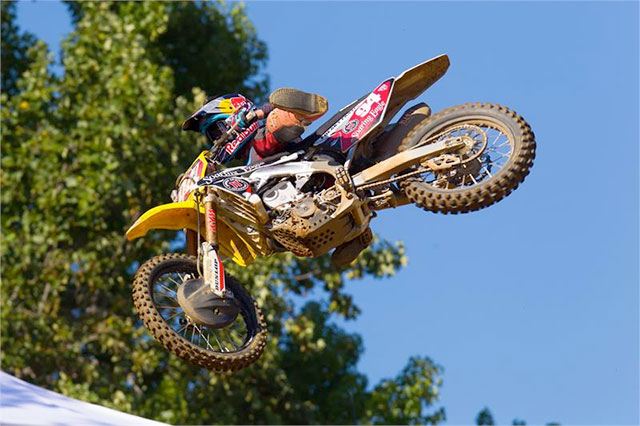 Ken Roczen on the way to his second AMA Motocross Title