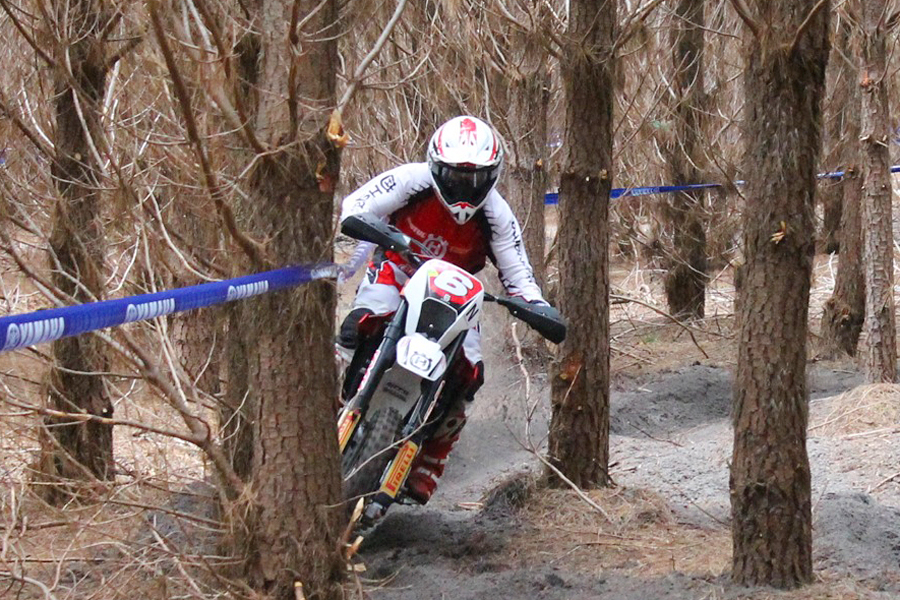 Coonawarra in South Australia played host to rounds seven and eight of the 2013 AORC (Australian Off Road Championship) over the weekend.

Conditions were near perfect and both rounds were run in Sprint format over two different tracks. All the top level riders found the tracks quite difficult and demanding due to the sand but extremely enjoyable and fun to ride.

The E1 class saw Husqvarna's Glenn Kearney aboard his TE 250 R was involved in a tussle on both days with Daniel Milner at the top of the E1 and outright classes with Kearney having to settle for a close 2nd on both days.

"I had an enjoyable weekends racing, really happy with Sundays 2nd in class and 2nd outright to Daniel Milner." Kearney Stated. "Joel did a great job with the bike all weekend long. He adjusted suspension to suit the 2 different tests each day as they got progressively rougher.

"The SA guys did a great job of preparing some excellent tests. With 2 separate tests for each day there was a good variety of terrain with the majority of the tests in the pines, it was pretty tight with sand whoops, scrubby bush and a really fun technical quarry section," the experienced racer explained.

"I was disappointed with my 5th outright on Saturday, though I only missed the outright podium by 5 seconds. Big thanks to the Paul Feeney Group, Joel, Chris, Dave and Dean, they did a great job and it was great to see Lachlan getting some top outright test times in E2," he Kearney concluded. 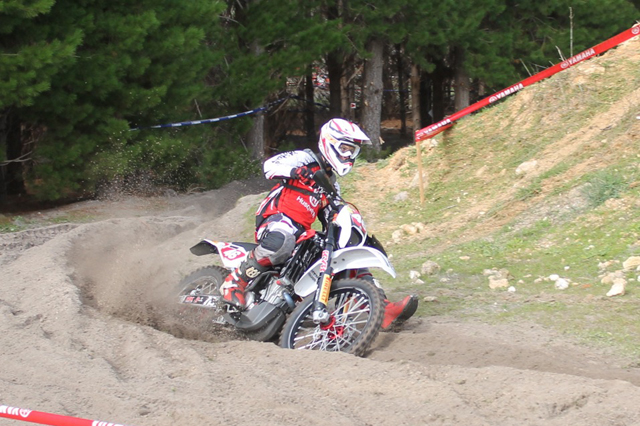 "First and foremost I would like to thank the whole team, the Paul Feeney Group and the mechanics Dave, Joel and Chris. They did a great job with setup and preparation." Standford commented at the end of the event.

"The Husqvarna TE 310 R tracked and handled really well in the tough sandy conditions. The track layout was really awesome and enjoyable to race on. The organisers were running a back to back sprint which made it fun and physically demanding especially in the sand.

"My pace is almost where I need it to be and I know what I need to work on to gain some consistency and extra speed in preparation for the upcoming A4DE in Western Australia and the remainder of the AORC seasons which I am really looking forward to," he continued.

"I had mixed results this weekend. Both days I was able to pull some very competitive lap times in the top three or four outright early on each of the days.

"I had a reasonably big crash on Sunday and lost around 30 seconds which destroyed any chance to recover my placing." Stanford concluded.

"A great result from two tough days, it's always a challenge to maintain the pace you need and not come unstuck and lose valuable time. Smith stated.

"The TE 310 R is right on the money and I am looking forward to the A4DE in WA and some strong finishes in the remaining rounds," he concluded.

Top Image: Glenn Kearney on his way to the podium in South Australia on the weekend.