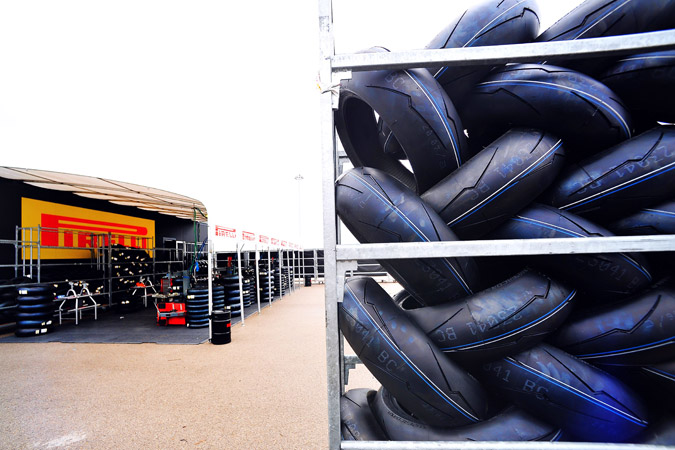 MOTUL FIM World Superbike Championship is back on track for the 10th round of 2016 which is scheduled from September 16th to 18th at the EuroSpeedway Lausitz circuit in Germany.

After a long summer break, the greatest Championship for production derived machines makes its seasonal debut on German soil, at a circuit which is the only new entry in the 2016 Calendar Along with WorldSBK also Supersport and Superstock 1000 classes will race, returning to competition after the last round at Misano Adriatico last June.

Pirelli has prepared for the next race weekend with both range and development solutions to afford any EuroSpeedway Lausitz pitfalls, as no FIM World Superbike Championship round has been hosted here since 2007. The circuit characteristics are unknown to the majority of riders and teams, some of which were able in the last weeks to test it during some private sessions in order to discover the circuit layout.

EuroSpeedway Lausitz is located in the heart of the Lausitz region, from which it takes its name, halfway between Dresden and the capital Berlin. Also known as Lausitzring, this circuit is the newest complex built in Germany to host motorsport competition on two and four wheels. It is dominated by the Grandstand, an iconic tribune which offers a 360å¡ view on the circuit, this racetrack hosts thirteen different configurations, including the only speedway circuit in Europe which consists of a tri-oval.

FIM World Superbike Championship classes will use a 4,255 metre lap configuration, with thirteen turns, including seven on the left and six on the right. The maximum width of the track is 18.5 metres, with the first corner left-directed, while the pole position will start from the right side of the track.

A few rounds from the end of the Championship, the reigning World Champion Jonathan Rea (Kawasaki Racing Team) presents himself at the tenth round of the season with 368 points. The Northern Irish rider, who is leading the standings, has an advantage of 46 points over his team-mate Tom Sykes (Kawasaki Racing Team), on 322 points. Both Kawasaki riders have won a race in the last round at Laguna Seca, managing to increase their lead over Chaz Davies (Aruba.it Racing ‰ÛÒ Ducati), who is currently third in the standings with 260 points.

Kawasaki leads the Manufacturers Classification with 421 points and a lead of 95 over Ducati, on 326 points. Honda is actually third in the Championship with 241 points.

The Tyre solutions for Superbike class Pirelli, thanks to its experience as tyre supplier for several teams involved in the German IDM Championship, identified for the Superbike class four different solutions for the rear: in addition to the standard SC1 and SC2 tyres, riders will rely on SC0 development V0377 and the new SC1 development V0007. The first one made its debut at Donington Park and uses the same compound of the SC0 range one, but has some structural differences that guarantee a better level of grip and higher stability. The SC1 development is a new solution which differs from the range one for some structural changes, which are able to better withstand aggressive asphalt or low outdoor temperature conditions. For the front, there will be available two range solutions, the medium SC2 and the hard SC3, as well as two SC1 development versions, the well-known S1699 and the U0176, two solutions which offer better accuracy while riding and a better approach to cornering. In addition to the intermediate solution DIABLO‰ã¢ Wet, in the case of adverse conditions all Superbike riders will count on two DIABLO‰ã¢ Rain tyres, the range one and another development one for the rear, which was made by Pirelli technicians specifically for the German circuit.