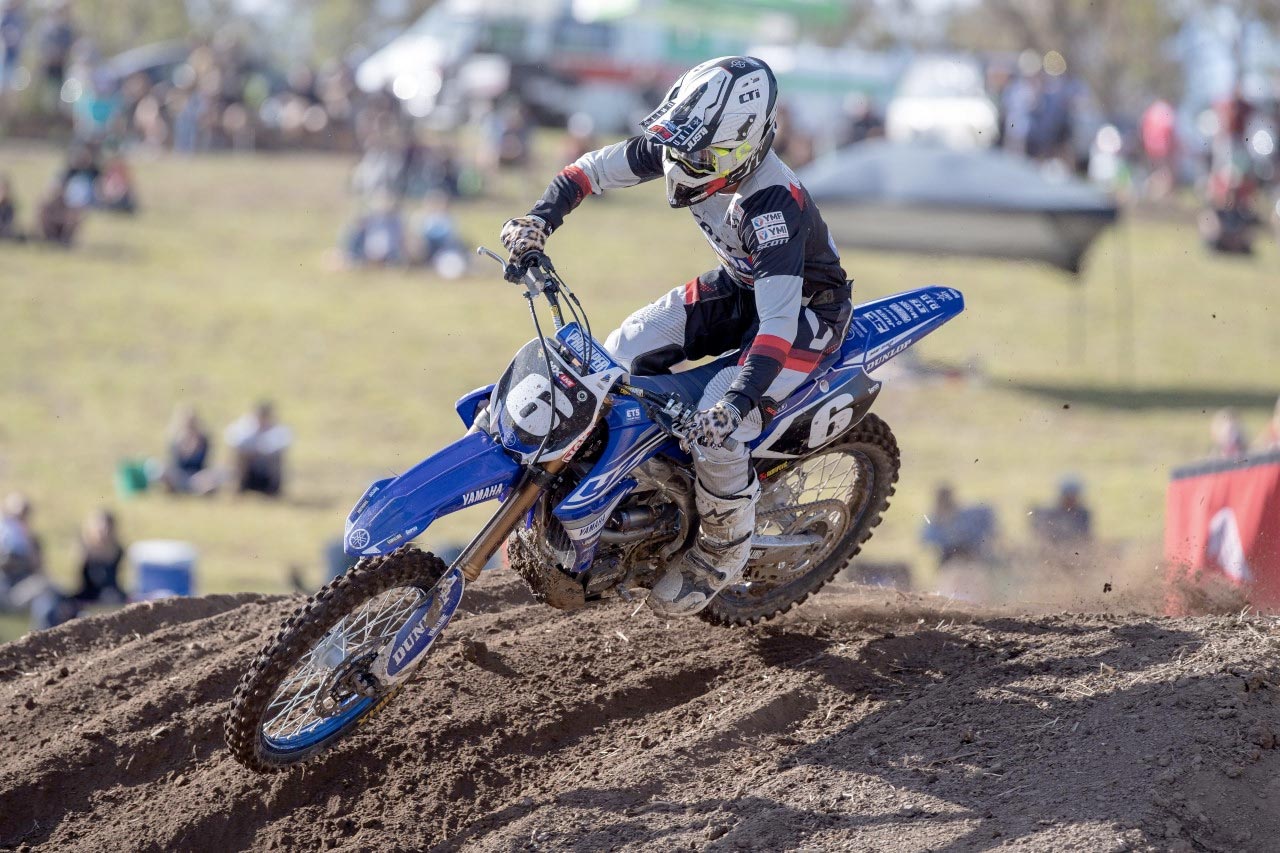 Things weren‰Ûªt looking great for Wilson in the back to back motos as crashes, big ones at that, hampered his results. He rebounded for a win in the final moto and the round overall.
Jay Wilson proved victorious in the MX2 division (250cc) after an action-packed day of racing at round six of the Pirelli MX Nationals at the newly opened MX farm, in Gympie, Queensland.

The twists and turns in the three MX2 motos had the good sized crowd enthralled as five riders finished within a point at the end of the day with the result of the final moto unlocking several points dead locks to determine the final podium positions.

The MX2 class faced the back to back sprint races in the morning with a final 20 minute moto to finish out the day. Things weren‰Ûªt looking great for the Yamalube Yamaha Racing backed Wilson in the back to back motos as crashes, big ones at that, hampered his results. Running second in both seven lap sprints, Wilson was ejected violently from his bike in both races and was left scrambling to pick up the pieces.

He managed to claw his way back to sixth in race one and fifth in race to have him sitting fifth after the first two events. He gridded up for race three wanting to reduce the mistakes and redeem himself with a strong finish to the day. Despite an average start, he charged around the outside of the first turn into a top four position, then a few turns latter, he hit the lead.

He was never headed for the next 20 minutes and as the pack behind changed positions, so did the overall positions. It wasn‰Ûªt until the riders had finished the race that the points could be confidently tallied.

Wilson took the win with his 5-1 results, tied with Wilson Todd on 61 points but given the round victory due to the better result in the final moto. Third place was also a three-way tie and the MX Farm produced some of the best racing of the season. 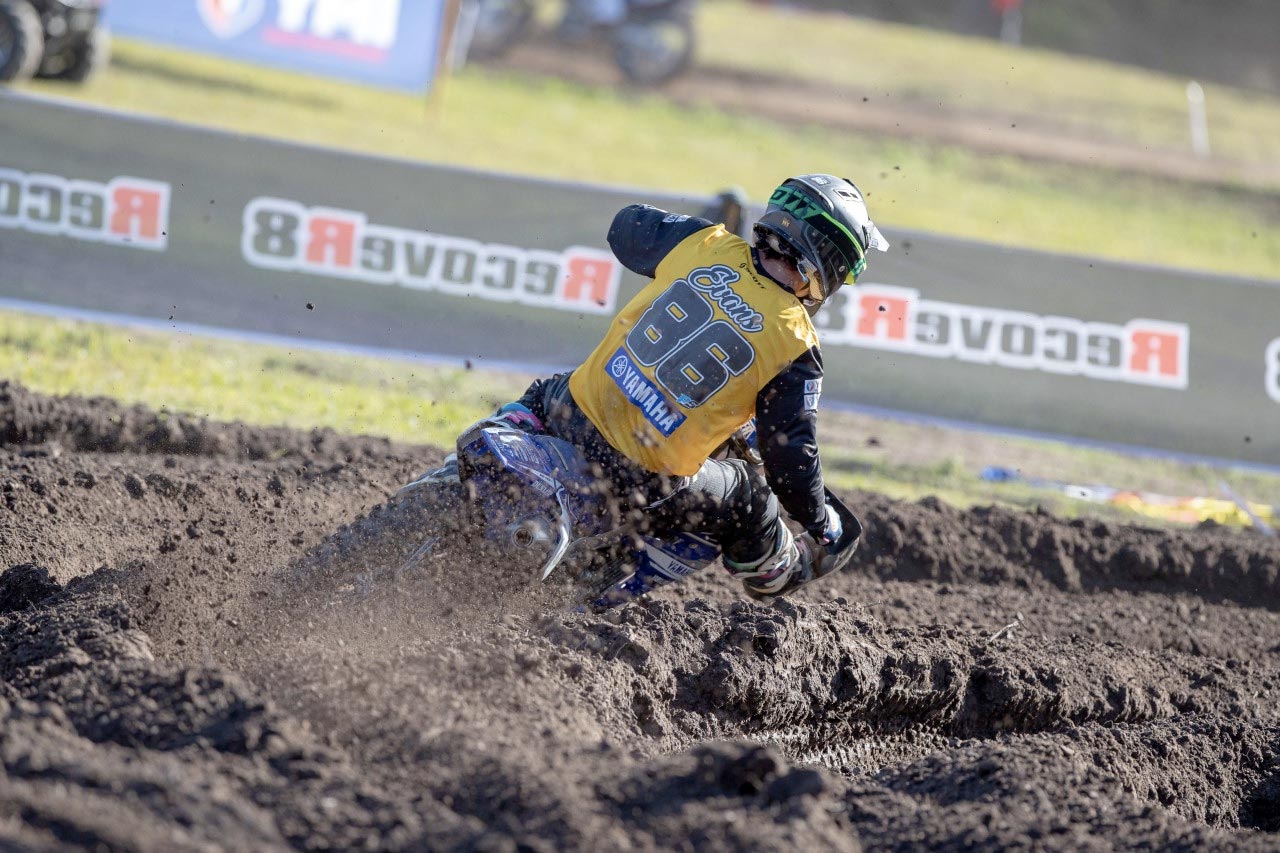 Evans remains in ninth on the championship after six rounds but with the points chase tight in the positions above him, there plenty of time to improve his position before the series is over.

‰ÛÏI just felt a bit off all day today, both with my bike and the track,‰Û 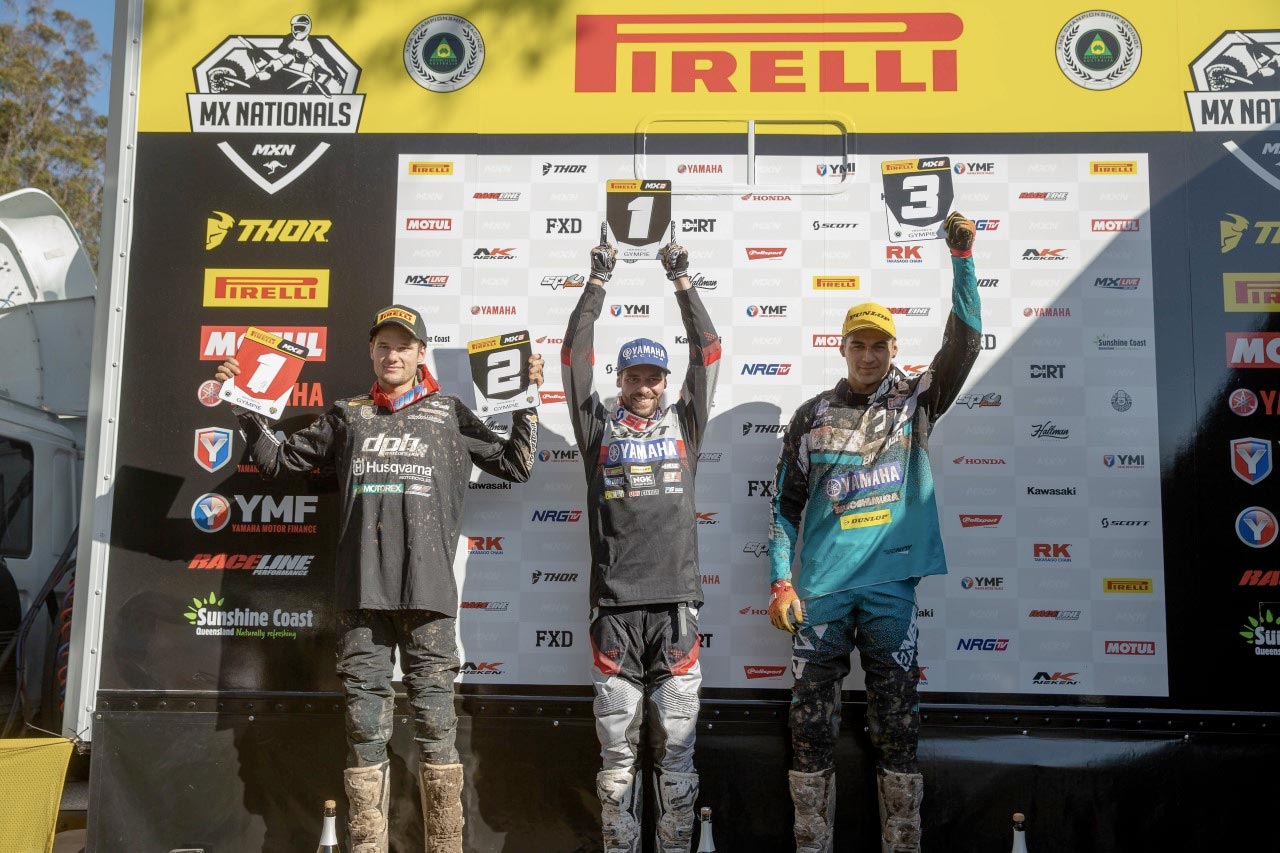