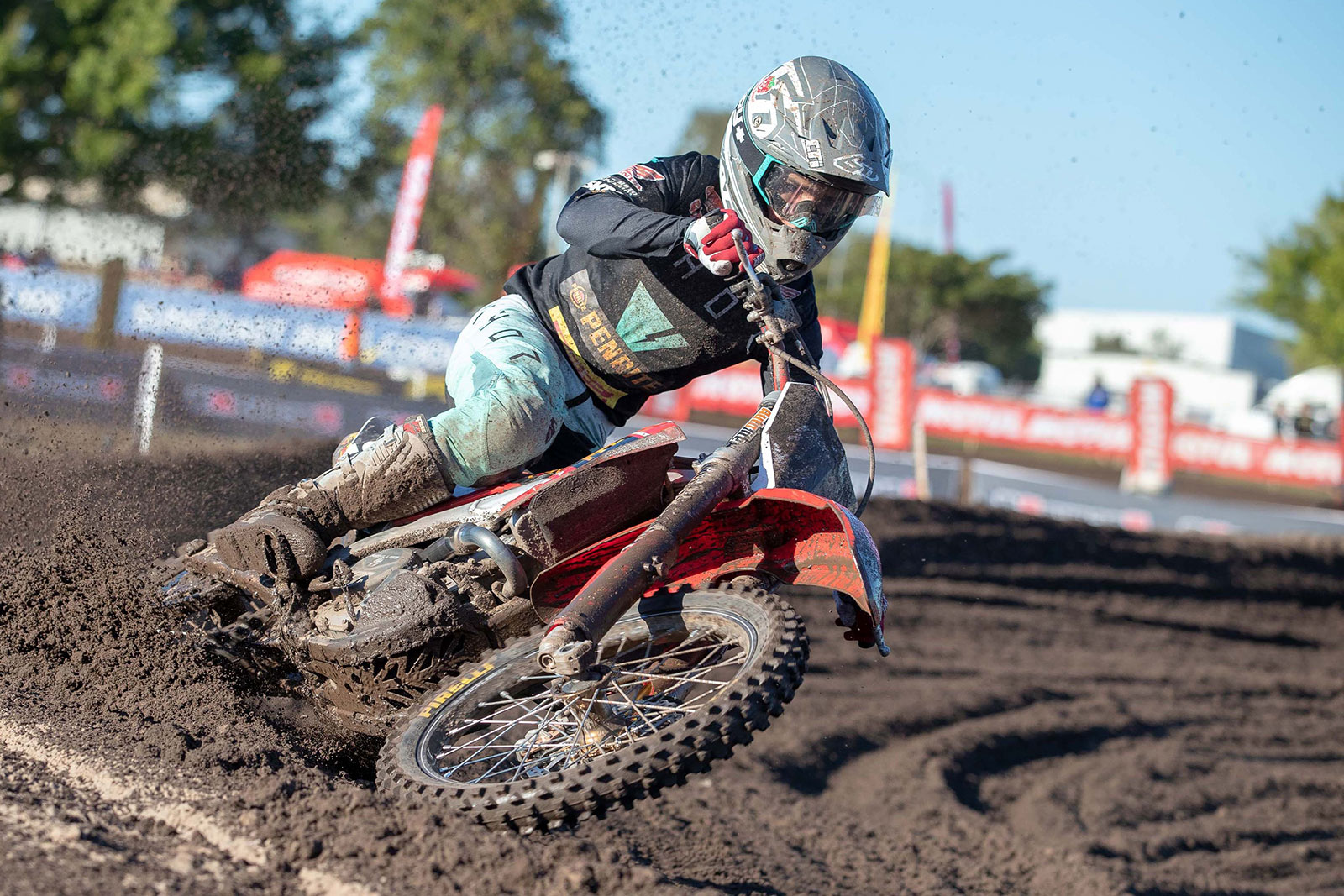 Kyle Webster
In what can only be described as an absolute feast of world class dirt bike racing, the Pirelli MX Nationals Australian championships delivered a sensational grand finale this weekend with rounds nine and ten ‰ÛÒ the final two in the series ‰ÛÒ staged as an epic double-header event at Coolum Pines on the Queensland Sunshine Coast.

The brutal Coolum track, with its endless stretches of bike and rider swallowing sand whoops, ensured the MX Nationals went out with an almighty bang, as only the strong survived to lay their claim to championship glory.

And when the big lady sang for the final time and the silverware was handed out after a massive national championship chase, Penrite Pirelli CRF Honda Racing riders Kyle Webster and Rhys Budd duly enjoyed their moment in the spotlight, each taking their place on the overall podium in their respective championships, in a memorable day for the close-knit Honda team.

In MX2, Webster finished second in the championship behind arch-rival Wilson Todd, Webster wrapping up his season in the best way possible with a big win in the final moto of the season.

Meanwhile in MXD, Budd maintained the speed and consistency that has made him a front runner in the class all year long to wrap up third place in the title, in a satisfying result in his first season with the Penrite Pirelli CRF Honda Racing outfit.

‰ÛÏTo have both team riders finish top-three in their respective MX Nationals championships is a fabulous result for Penrite Pirelli CRF Honda Racing,‰Û 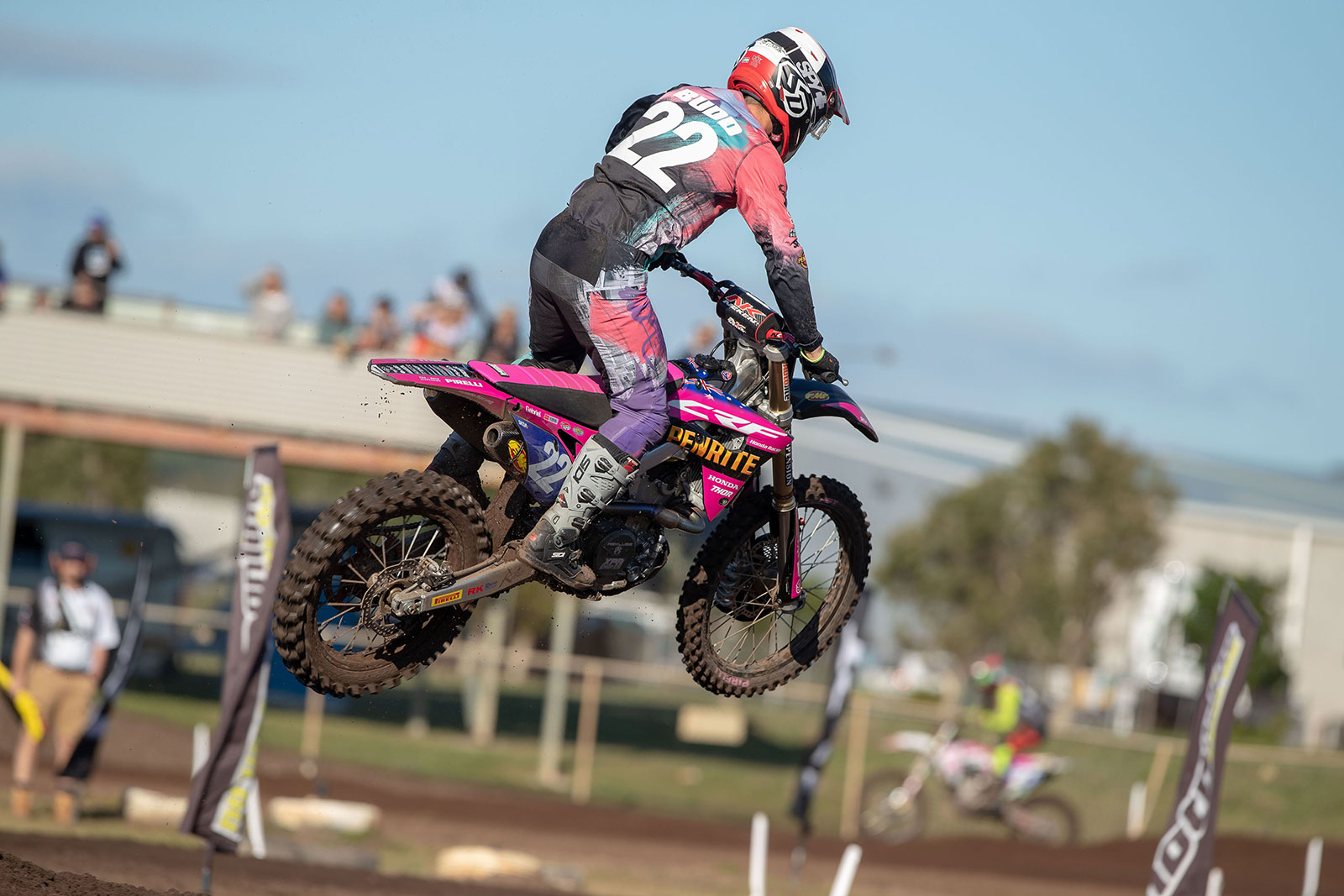 Rhys Budd
In the MXD category, Budd eased into the day with seventh fastest time in Qualifying, but then used boomer starts in both his motos, including a cracking holeshot in moto two, to ultimately card 6-4 scores in his races.

‰ÛÏCoolum is a rough track and always a challenge, and while my starts were good in both motos, unfortunately I couldn‰Ûªt keep the intensity to stay up front,‰Û