Pawlicki, Laguta and Dudek book their places in the 2018 FIM SGP series 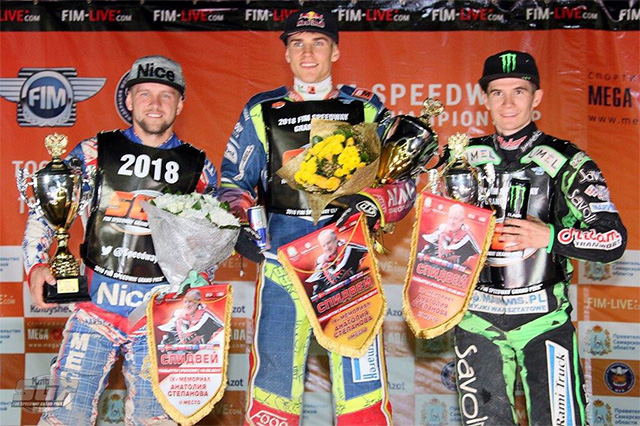 Pawlicki beat home hero Artem Laguta in a run-off for victory after they tied on 13 points.

Both riders qualify for the 2018 SGP series, while current SGP star Patryk Dudek guaranteed his return ticket for next year by finishing third on 12.

If the World Championship contender, who is currently third in this season's standings, stays inside the top eight, it will hand British champion Craig Cook a dream place in SGP 2018 after he finished fourth on 11 points.

Pawlicki suffered the agony of falling half a wheel short of qualification when he was pipped on the line by GB star Chris Harris at the 2015 GP Challenge in Rybnik.

So he will be elated to make his full-time SGP debut next year and will hope to join younger brother Piotr in the series - he finished sixth in Togliatti on nine and is currently 12th in the World Championship.

Laguta, 26, is back in the SGP fold for the first time since 2011, when the Russian international qualified as a surprise winner of the 2010 GP Challenge in Vojens, Denmark aged just 19.

Dudek won last season's GP Challenge in Vetlanda, Sweden and fell only a point short of this year's top two. He won heat 20 to break Cook's heart after the Cumbrian won race 19 to pile the pressure on the Pole.

The British champion will now be hoping Dudek continues his impressive form in his SGP debut season and books his place for 2018 via the top eight. That would see former Cardiff wild card Cook race in the World Championship for the first time as a permanent rider.