Past Hattah Winner, Glenn Kearney, Expecting 2015 To Be As Tough As Ever 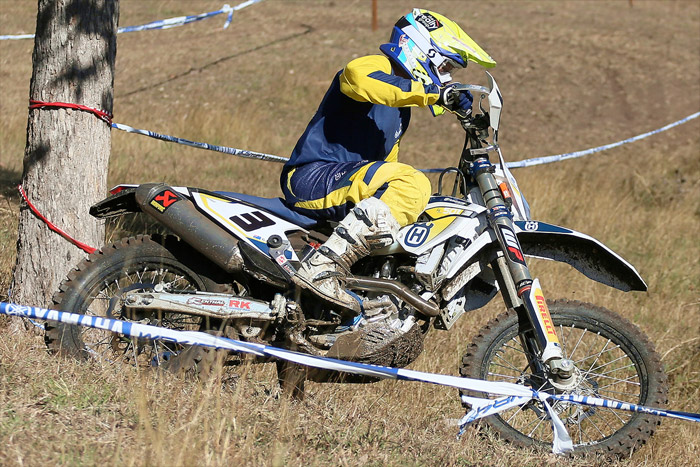 Husqvarna Team Manager and racer Glenn Kearney is expecting the 2015 Hattah Desert race that takes place this weekend kicking off on Friday the 3rd of July to be one of the toughest races of the year.

Asked how he would describe this weekend‰Ûªs Hattah Desert Race to a rider who never been there, Husqvarna Enduro Racing Team Manager Glenn Kearney replied.

"I'd say, expect probably the hardest race you are ever going to do".

Kearney is unashamedly passionate about the annual pilgrimage to the four-hour sand race held near Mildura, which is a favourite among cross-country racers who thrive on its unique combination of challenges, including an epic atmosphere that infects the whole regional city, insanely high speeds, the absorbing tactical challenge of a constantly evolving track that ramps up into an incredibly testing battle of physical and mental toughness.

"They grade the track beforehand, but with the amount of riders and bikes on that sand, it changes from a highway into the roughest track you've ever ridden." Kearney explained. "You've really got to be on your game to ride really fast on smooth terrain, and then adapt to the track as it becomes more and more brutal.

"I really enjoy it. For some reason I still love the punishment of the four-hour, the challenge of trying to be faster than everyone else at the end of a gruelling event like that. And I‰Ûªve only won it once, so it would be nice to do it again, and knocking Toby Price off while he is riding the way he is you'd really have something to claim!

"We've put Lachy on the 501 this weekend. He‰Ûªs obviously big enough and he loves it anyway - he rode one in the Six Days last year so he‰Ûªs more than comfortable on it. The 350 is an awesome machine, but when you need to be travelling 150-160 clicks, the 500 is going to do it for you a lot easier.‰Û 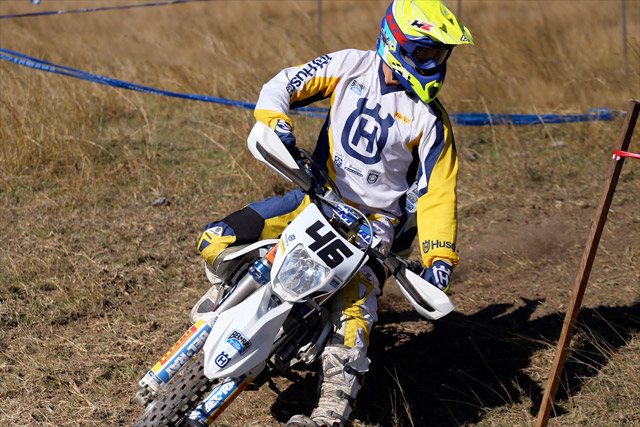 Stanford is pumped to be joining the boss in targeting outright finishing positions, aboard his Husqvarna FE 501.
On the back of a successful seventh and eighth round of the Australian Off-Road Championships at Aratula in which Kearney registered his strongest ride this year and Lachy Stanford pocketed another Queensland enduro championship, the Husqvarna Enduro Racing Team has been in full desert race preparation mode for the last week.

The team is hungry to come up with its best possible result in 2015, with all riders last year having been struck down in the week before the event with a gastro illness and Stanford failing to finish after disintegrating a mousse tube with two laps to go.

This year, Stanford is pumped to be joining the boss in targeting outright finishing positions, aboard his Husqvarna FE 501.

‰ÛÏI‰Ûªm pumped. We got to Mildura last Thursday and we‰Ûªve pretty much ridden every day since, doing some decent sized motos." Sandford commented. "There‰Ûªs so much good riding and it‰Ûªs good for our training to mix things up and get away from the same old program at home.

"We‰Ûªve mainly focused on trying to get our conditioning right and our bike setup as close as possible to what we‰Ûªll need for the track. It's definitely a physical challenge here, I think it would be the hardest race in Australia, but at the same time it's definitely one of the most fun! Just the way they close off the main street on Friday night for scrutineering, and then you go out and prologue on the Saturday, with the main race on Sunday.

"I‰Ûªm going to ride the 500 out here because you just need the most speed with the massive straights that they have here. Even on the 450 last year, you lose positions on the straights. I think my speed will be there, but you need some luck here as well.‰Û